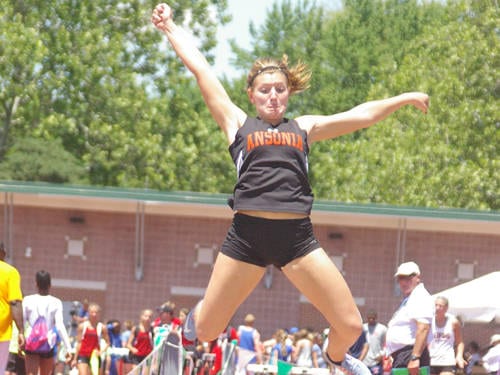 Ansonia, Arcanum, Bradford and Franklin Monroe each had athletes compete on Friday and Saturday at Jesse Owens Memorial Stadium on the campus of The Ohio State University in Columbus in the Division III state championships.

Franklin Monroe senior Nicole Berry earned a spot on the podium with a throw of 47 feet 3.75 inches in the girls shot put, which was third best in the state.

“I was just hoping to throw my best, and I bettered my outdoor PR, and I couldn’t really ask for much more than that,” Berry said.

Only McComb senior Molly Leppelmeier, who won the championship with a state meet record throw of 49 feet 6 inches, and Rootstown senior Abby Moore, who finished second with a throw of 48 feet 11.5 inches, finished ahead of Berry on Friday.

“I’ve seen both athletes compete, and they did fantastic,” the Franklin Monroe senior said. “I didn’t expect anything less than excellence from them.”

Berry was a three-time qualifier for the OHSAA state track and field meet – twice in the shot put and once in the discus, but this was the first time she finished on the podium at Jesse Owens Memorial Stadium.

“It felt like all the work and all the dedication and everything I’ve put towards throwing the past six years finally paid off, and it felt amazing,” the future Tiffin University thrower said.

Ansonia senior Lydia Sink finished her high school career with an eighth place finish in the girls long jump as she leaped 16 feet 10.5 inches. Initially the officials told Sink she had finished in ninth place, one spot off the podium, but then fixed the error.

“I’m pretty excited because going out of it they said that I was ninth so I was kind of disappointed, but then they came back and I got eighth, which wasn’t my main goal but was one of my top goals … is to get top eight, go out with a bang,” Sink said.

From thinking she had missed her goal of earning a spot on the podium to realizing she actually had achieved it all in a matter of minutes brought about a wide range of emotions for the Ansonia senior.

“I walked away there, I was kind of mad but still glad that I made it to the finals,” Sink said. “But when they told me I was ninth, I was like, oh, my gosh. I didn’t make my goal. But then they came back and told me I was eighth and everything just went away. I was just so excited and happy again.”

Having one final chance to represent her school and finishing her high school career on the podium on Friday was a great experience.

Ansonia freshman Brock Shellhaas earned a spot on the podium as he finished sixth in the boys pole vault with a vault of 14 feet 2 inches. Shellhaas, who set Ansonia’s school record at 15 feet earlier this season, was hoping for a better performance at the state meet.

“Not the way I wanted it to,” Shellhaas said of how he did on Friday. “I just wasn’t getting on my big stick, my pole was getting shallow. It’s not quite the day I wanted, but I’ve got to look forward to three more years ahead of me. So I’ll hopefully be back next year and hopefully put up some higher heights next year.”

Although he had hoped to go higher, Shellhaas was happy to make the podium.

“I’m pretty happy to make the podium,” he said. “That was something I really wanted. And not many freshmen make it onto the podium so I was very blessed to make it on the podium.”

“It was a completely different level of competition than what we’re used to,” Stephens said.

Like Stephens, Delk and Vanatta both said it wasn’t the Trojans’ best performance or the performance they wanted at the state meet.

“The competition came,” Vanatta said. “They sure came, and we didn’t.”

Along with not having their best day, the Trojans had some bad luck as another athlete fell and created a pileup in front of Delk as he took the first handoff from Stephens.

“There’s a lot of things that didn’t go right,” Delk said. “When I went to get the handoff they all fell down then I had to kind of just jump over. It’s the same thing that happened in indoor state.”

Though the result wasn’t how they wanted to end the season, the Arcanum runners said they still had a great season that culminated in their first trip to the OHSAA state championships.

“We shouldn’t walk off with anything but being happy,” Delk said. “Just for making it this far I’m really proud of everyone.”

And Stephens was proud to end his high school career competing at the state meet.

“It was a good experience,” the future the University of Rio Grande runner said. “We stayed overnight. Team bonding time was probably the coolest part. Got out here … it’s really different once you’re here and the race is about to start and it really hits you, how it feels. I was hoping for a better time overall, but I know my team tried. It was a good experience for me. I’m happy with how the day went.”

Bradford sophomore Karmen Knepp finished 16th on Saturday in the girls 3,200 meter run in a time of 12:02.13. In her first two years of high school she has qualified for state twice in cross country and once in track and field. 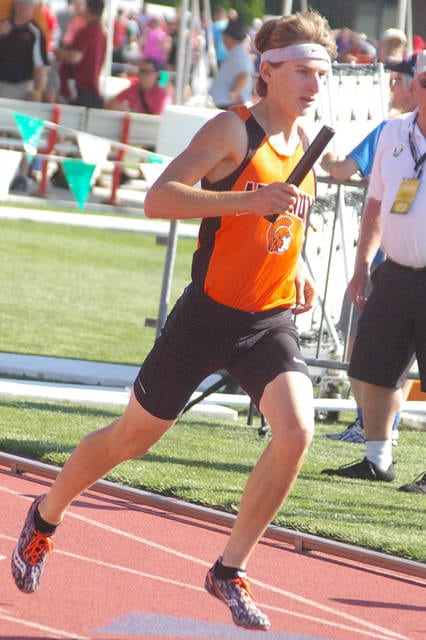 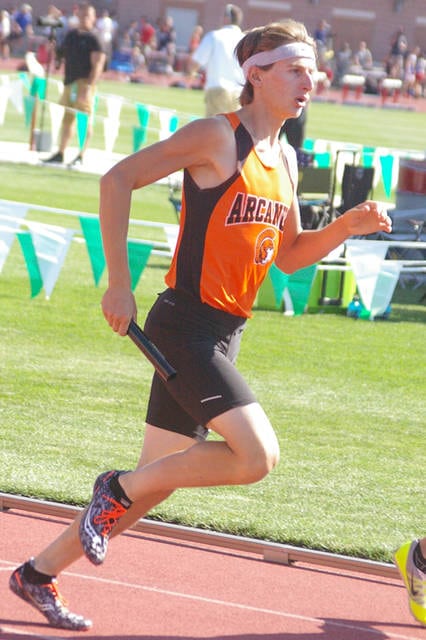 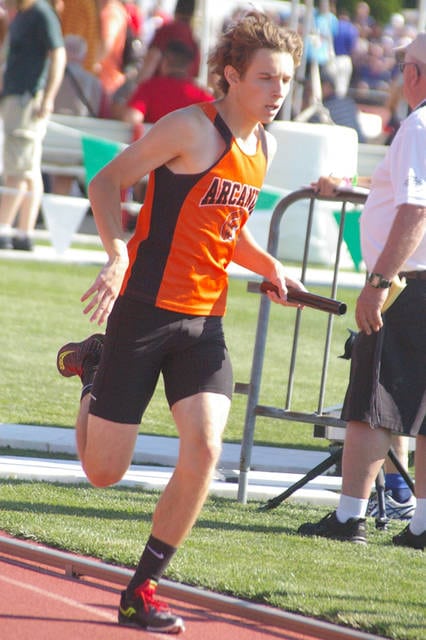 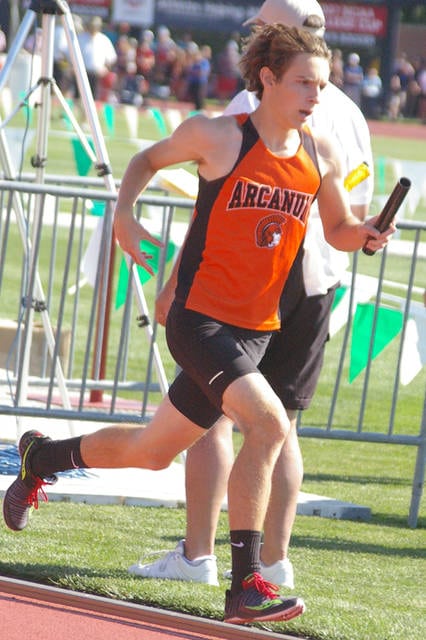 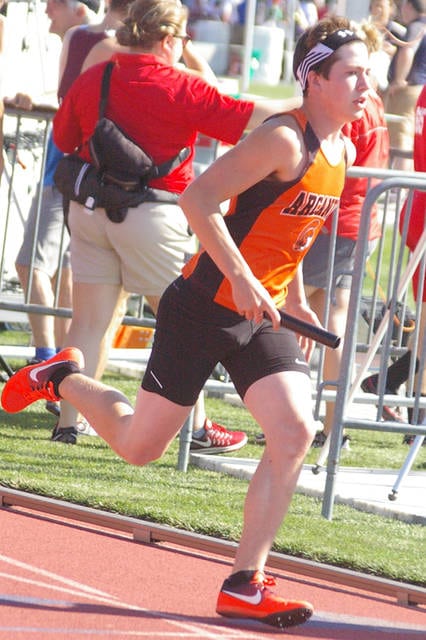 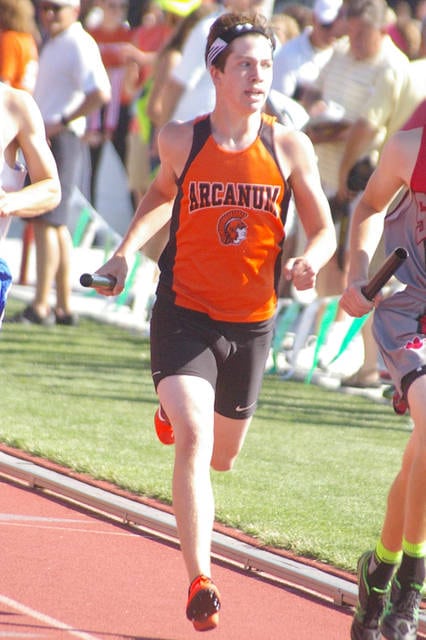 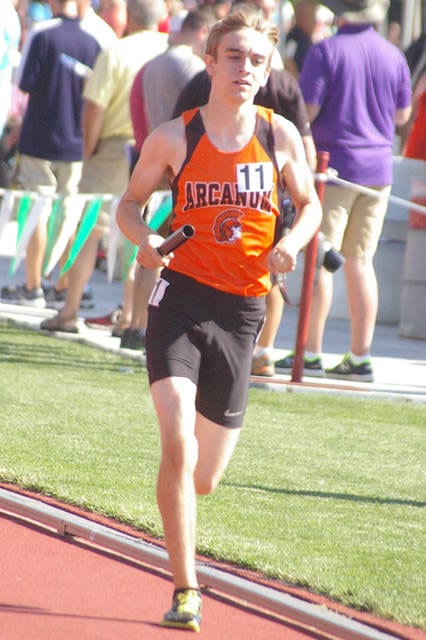 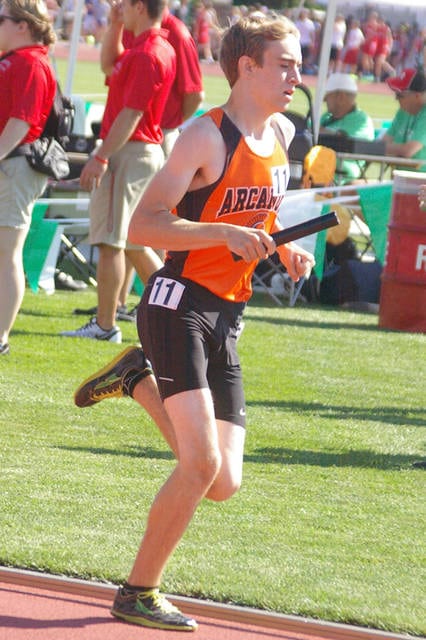 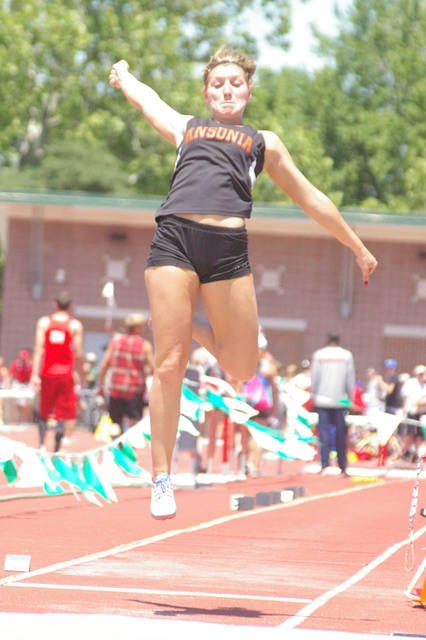 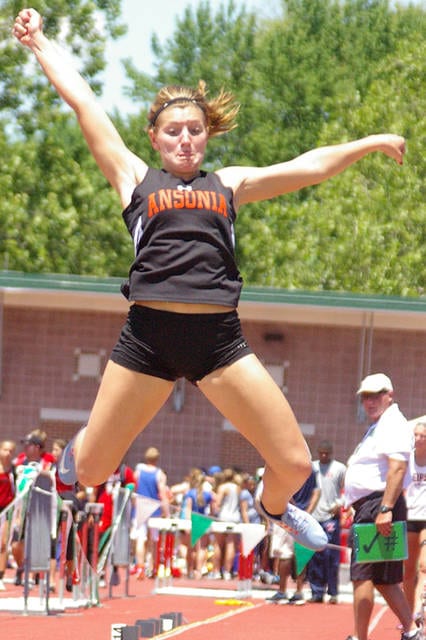 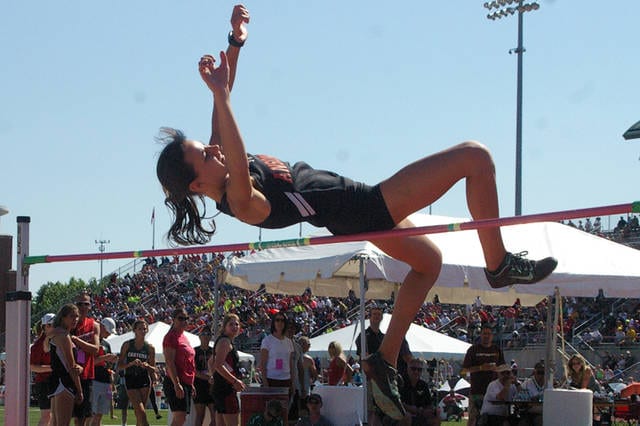 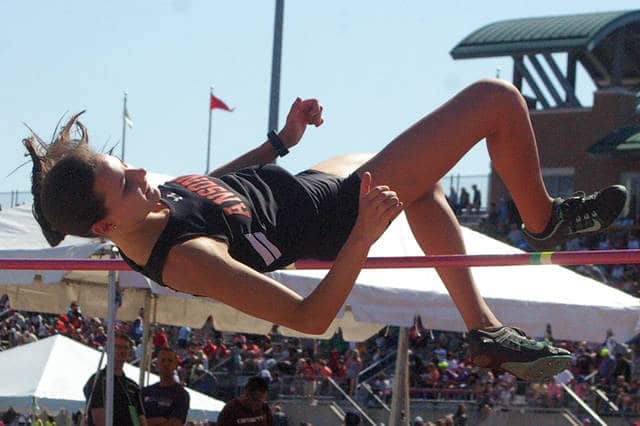 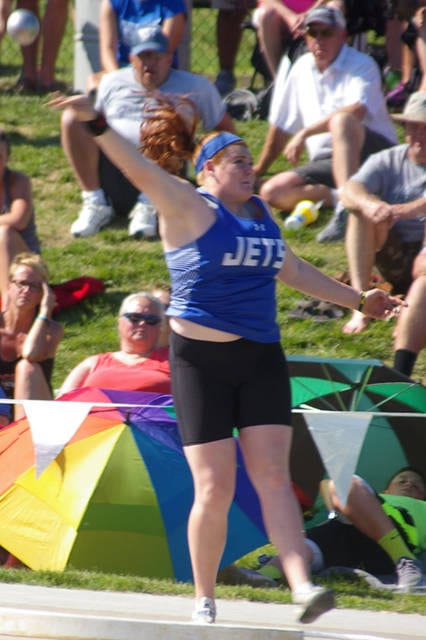 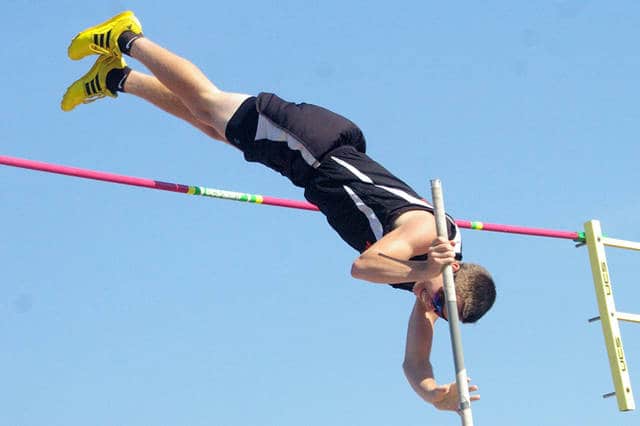 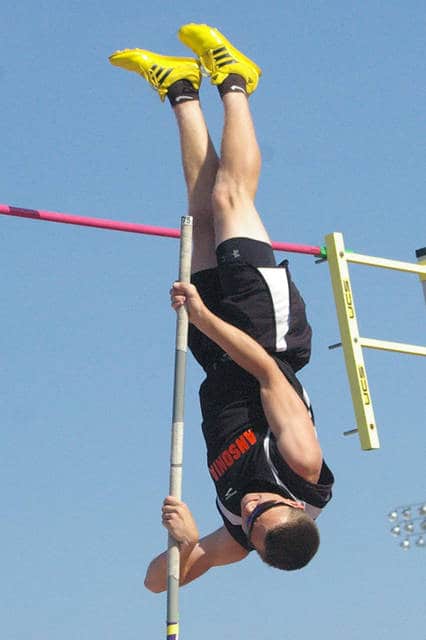 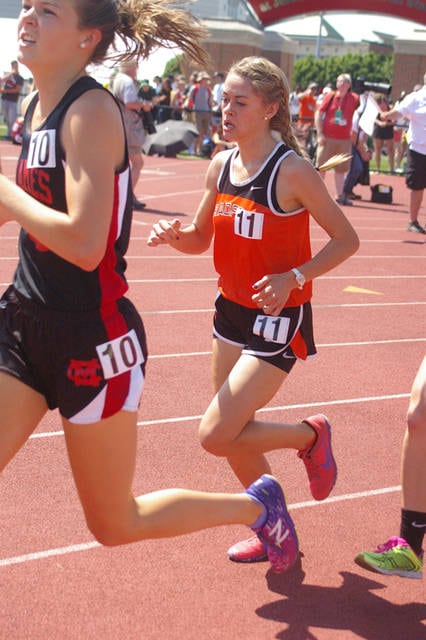 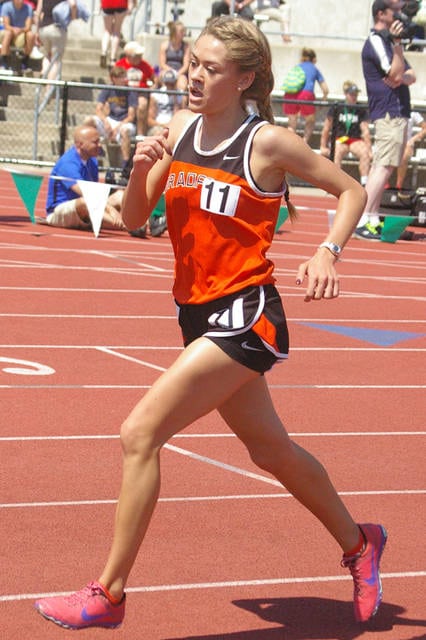