Murphy and Prakel both competed at the USA Track & Field Outdoor Championships this past weekend at Hornet Stadium in Sacramento, California. Prakel represented the University of Oregon while Murphy, who turned pro last year, represented Nike.

The two Darke County natives were matched up against each other in the third heat of the preliminaries of the 1,500 meter run on Friday.

Prakel won the heat with a time of 3:40.76, which was the best time in any of the three preliminaries by more than a second. Cristian Soratos, who won the second heat, had the second-best time of the 37 runners in the prelims at 3:42.01.

Murphy finished fourth in the third heat and 10th overall with a time of 3:40.94, which was good enough to earn him one of the 13 spots in the finals.

Murphy was injured in the 1,500 meter final, according to Chris Chavez of Sports Illustrated, which prevented him from running in the finals of the 800 meter run on Sunday.

Murphy had won his preliminary heat in the 800 meters with a time of 1:47.88, which was the fourth best time overall at this year’s USA Track & Field Outdoor Championships. The 2016 Olympic bronze medalist finished third overall in the semifinals of the 800 meters with a time of 1:45.70 to qualify for the finals but ended up being scratched from the championship run. 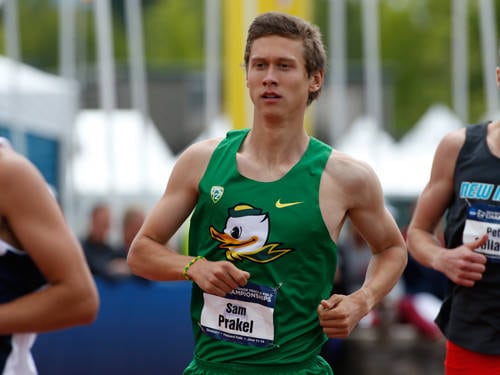