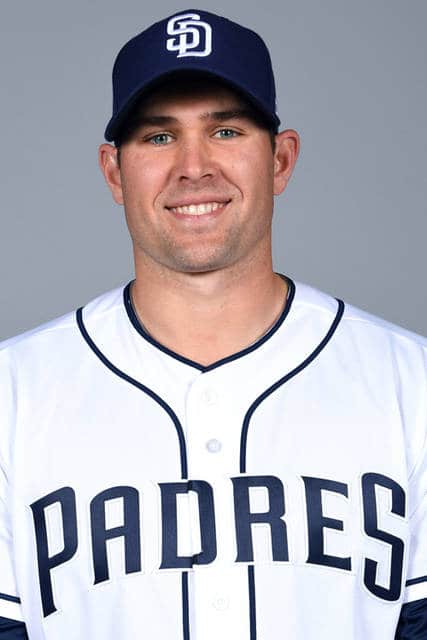 SAN DIEGO – Versailles High School graduate Craig Stammen, a pitcher for the San Diego Padres, is a finalist for the 2017 Bob Feller Act of Valor Award.

Stammen is one of 12 major league players among the finalists for the award, which has been given annually since 2013 to a major leaguer who actively supports service men and women.

Finalists also include Darren O’Day of the Baltimore Orioles, Dustin Pedroia of the Boston Red Sox, Corey Kluber of the Cleveland Indians, Mike Dunn of the Colorado Rockies, Charlie Morton of the Houston Astros, Ian Kennedy of the Kansas City Royals, Christian Yelich of the Miami Marlins, Jimmy Nelson of the Milwaukee Brewers, Jacob deGrom of the New York Mets, David Robertson of the New York Yankees and Hunter Strickland of the San Francisco Giants.

Stammen also was a finalist for the Bob Feller Act of Valor Award in 2015 when he was a member of the Washington Nationals.

The Versailles High School alumnus has been active with the United Service Organizations and went on a USO Holiday Tour in 2012. He’s also worked with Defending the Base Line, a military family baseball charity, and hosted military families at Nationals and Padres games.

The Bob Feller Act of Valor Award honors the legacy of Hall of Fame pitcher Bob Feller, who became the first professional athlete to enlist in the U.S. military after the attack on Pearl Harbor in 1941. Winners of the award are chosen for the way they reflect the values, integrity and dedication to service of Feller, who missed three full seasons during World War II.

For more information on the Bob Feller Act of Valor Award, visit www.actofvaloraward.org.