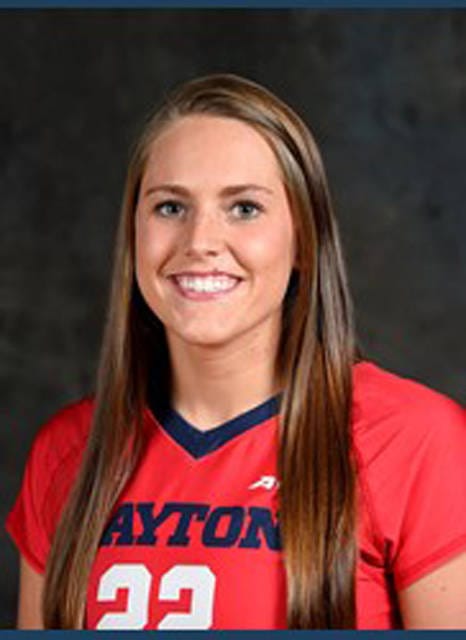 DAYTON – Versailles graduate Lauren Bruns, a junior at the University of Dayton, has been named the Atlantic 10 Volleyball Player of the Week.

Bruns had a career-high 22 kills and recorded a .600 hitting percentage as Dayton swept North Illinois University on Friday.

Over the course of the weekend Bruns led Dayton with 4.69 kills per set. The outside hitter also had 14 kills against Western Kentucky University and 15 kills against The Ohio State University.

Bruns had an attack percentage of .358 for the week and averaged 4.92 points per set.

For the season Bruns has played in all 14 of Dayton’s matches, starting seven of them. She averages 3.75 kills per set and 4.17 points per set with a .225 hitting percentage.