DAYTON — The three-week Men At Work competition to benefit the non-profit Clothes That Work organization in Dayton is coming to an end this Friday.

It started at a reveal party at the Schuster Center to release the names of the competitors selected by Clothes That Work. It choose people easily recognizable within the community so the most potential amount of money is raised for the organization and who are professionally successful in their fields. It calls these men role models. After the 24 role models were announced, there were free to begin vying for votes.

Competitors are still vying for votes, which cost $5 and can still be cast until midnight Friday. The men, 24 in total, have been giving their best photo shoots in outfits according to each weeks professional theme. Week one was centered around first impressions. Week two dealt with the workplace image and week three was more relaxed, the casually cool.

Clothes That Work has been helping individuals with interview clothes since 1998. It makes professional interview clothing accessible to everyone, regardless of their income. It also advises on how to dress professionally, gives interview training and discusses how to act in the workplace.

All of the proceeds collected from the competition will go to the Clothes That Work organization. On May 23, the men will find out who won for each week. The winners will receive an award at an official ceremony honoring the money raised and the amount of votes for their various looks.

Ken DeMange, Midmark director of corporate communications, is currently in the first place rankings for the Men At Work competition this week. Last week he was in third. He said he favorite look was the casually cool because he identifies more with it.

For this week’s theme, he was featured posing with a microphone, showcasing his musical roots throughout his entire family. He said he spent 20 years in a band. His kids seem to have the musical gene because they are involved in music some way, either by teaching or being a band mate themselves.

He praises the things the Clothes That Work organization is doing and said it is “an amazing organization.”

“It’s whole entire package for the job seeker to give them a better edge for getting a job and providing for themselves and their families,” DeMange said.

DeMange has been employed with Midmark for 34 years. He worked varying positions in leadership throughout the extent of his employment with the company, including 20 years as the director of the marketing communications department.

DeMange said his favorite part about working for Midmark was “being able to be creative, agile, flexible and truly empowered. Midmark is amazing, amazing, company that allows all of those things I just mentioned.”

While being part of this competition could potentially be an ego boost for others, DeMange remains humbled saying it is not about him at all, though, as is present in his pictures, he is having fun while in the midst.

“It’s truly about raising money to get people self-sufficient so they can support themselves and their families,” he said. “That’s why we are here.”

At Midmark, he said the company had a tagline of sorts for DeMange: Help Ken Help Others. He said everyone should help and thinks it is the sole purpose for this life. Even after the competition has ended, DeMange will continue with this idea.

He said he has barrels placed throughout the Midmark offices for people to donate professional clothes that he then takes to Clothes That Work. He said people should dress in a way that showcases them and who they want to become.

“I believe in dressing for the next role you are desiring,” DeMange said.

He said people can donate clothing or purchase items at the Clothes That Work store in Dayton. They also can make monetary donations to help support the nonprofit. For more information, visit clothesatwork.org.

There is still time to vote in the Men At Work competition. To vote for Ken DeMange, visit http://www.clothesthatwork.org/KenDeMange/. Votes need to be submitted before midnight on Friday. 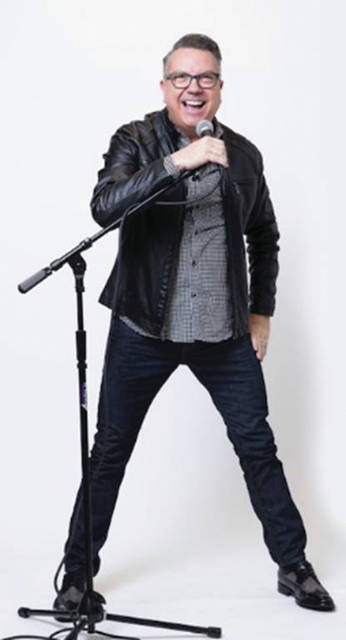