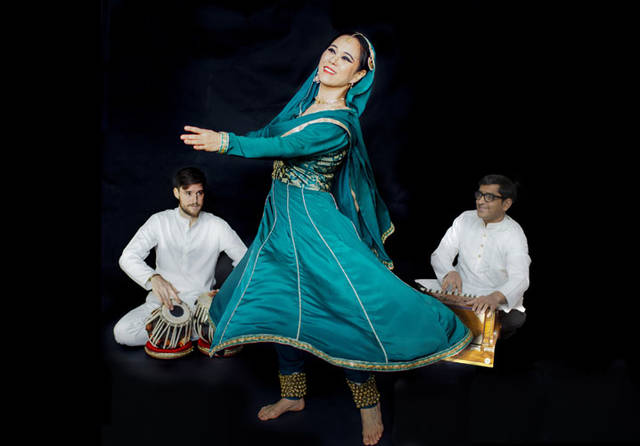 UNION CITY – Darke County Center for the Arts will open its 2018-19 Coffeehouse Series season on Nov. 1 at the Arts Depot in Union City by presenting “Kathakaar – The Spinning Storyteller.”

According to DCCA officials, this performance is unlike any other presented since the inception of the casual Coffehouse Series.

“The opportunity to enjoy these excellent artists up-close and personal is an important component of the appeal of our Coffeehouse shows,” DCCA Executive Director Andrea Jordan said. “However, the friendly ambience and congenial atmosphere are also a big part of the attraction of this highly accessible series.”

Jin Won also will perform a version of “Kathakaar – The Spinning Storyteller” for kindergarten through third-graders in all Darke County schools districts from Oct. 29 through Nov. 2 as part of DCCA’s Arts In Education series. Specific times for these performances, which are free and open to the public, are coordinated with the schools’ schedules; contact DCCA for more information.

Tickets for “Kathakaar – The Spinning Storyteller” at the Arts Depot cost $10 and can be reserved by contacting DCCA at 937-547-0908 or [email protected]; tickets also are available online at www.darkecountyarts.org and will be sold at the door if any remain by showtime.