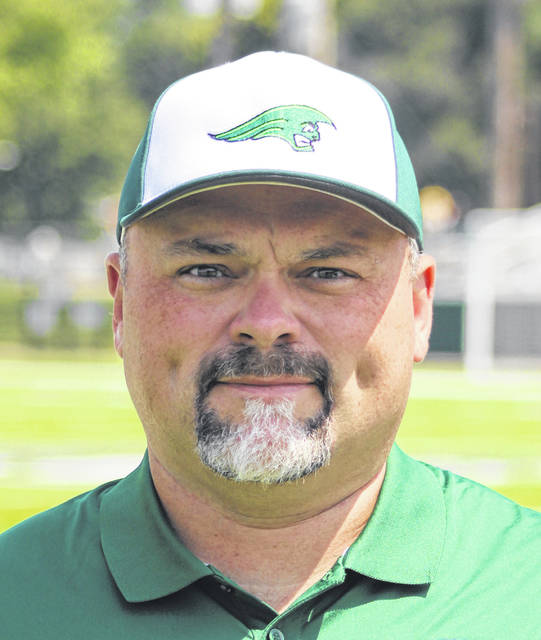 Shaffer was approved unanimously 5-0 on Thursday night at the Greenville City Schools Board of Education meeting to take over the position beginning Oct. 29. He succeeds Dusty Yingst, who is leaving the district to work for The Light Foundation.

Shaffer is resigning from his teaching position as a 7th and 8th grade math teacher effective Oct. 26. He also will step down as football coach effective at the completion of all football related activities and duties associated with the 2018 football season.

“It’s exciting,” Shaffer said after the meeting. “It is exciting to be able to work in that capacity where you can impact young people in the school district and in our community and work with the coaches and administration to continue to move our athletic department and programs forward. It’s going to be different, but I’ve got some responsibilities yet as a classroom teacher and as a football coach that will get my attention here for the next couple of weeks.”

Shaffer is currently in his seventh season as the Green Wave’s football coach. His overall record coming into the 2018 season was 17-43 and the team is 3-5 this year with two games to go.

This will be the first time Shaffer has held the position of athletic director.

“I have always worked hand in hand with the athletic director,” Shaffer said. “I’ve always been one that if there was any slack to pick up or help was needed that we pitch in and help do some of those things. There is learning curve ahead and a lot of things on that side of the desk that I still have to learn and figure out, but I am confident with the support of the administrative team and Dusty and with my experiences that we’ll be able to go forward and get on our feet quick to make sure that our winter programs have the season they deserve to have and get our spring sports going as well.

“We are obviously going to have to replace the football position too so we have a lot to do, but I feel confident we will be able to do a good job with it,” he continued. “I don’t know that it is necessarily the case this was a long-term goal for me to be an athletic director, but the opportunity arose and it allows me to continue to be here at home in my hometown and in my home school district with coaches and administrative teams and students that I know and trust, and I have a lot of confidence in the direction that we are going with our athletic program. It’s just nice to get on a side of it where you can impact more than just say the football program even though that was obviously very important to me for a very long time and still is,” Shaffer said. “It’s been in my mind, but it wasn’t necessarily something I was always shooting for. It is just an opportunity that arose at a time when I was able to put myself in position to go out and get it.”

Shaffer said there was some discussion whether or not he would remain as football coach as well.

“We had some discussions about it, but the fact of it is that Greenville is a not a huge school but it is still a bigger school,” Shaffer said. “I know the way that I as a coach like to have the time and energy to put into it to be as successful as we can on and off the field and in the classroom. The amount of time it takes to do that versus the time and energy it takes to be athletic director I don’t think is a situation that you want to put yourself in because probably at some point whether you realize it or not you are shortchanging one side or the other and that’s not fair to either of the positions. It is the right thing to focus on one and do the best job there that you can do versus splitting your time and potentially missing something or leaving something to the wayside if you are doing both.”