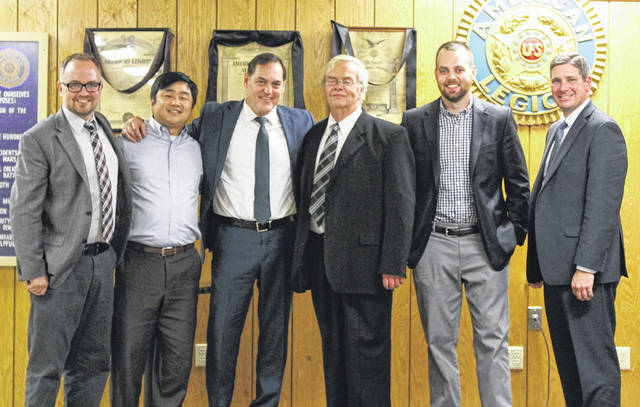 Space, former U.S. Representative for Ohio’s 18th Congressional District, is the grandson of a Greek immigrant, whom, he said, “Was drawn to this country, this great nation, by this wonderful democracy. This democracy where everyone mattered because every vote mattered. He saw the opportunity this land provided.”

“And now, here we are, over a hundred years later, after my grandfather emigrated, and I think we have an obligation, all of us, no matter how far back you have to go to find your family’s immigrants, to question this democracy when it begins to stray,” he said.

“The influence of money on policy in this state is obscene; it represents a perversion of the democratic process,” Space said, pointing to the recent failure of ECOT, which he called “a scam which has become the largest political scandal in Ohio history.”

Space also called out Ohio legislators for failing to rein in payday lenders.

“For a decade, this general assembly allowed for the exploitation of the poor, turning their heads, again, in order to cash these big campaign checks while payday lenders charged poor people interest rates in excess of 500 percent, creating cycles of debt for tens of thousands of impoverished Ohioans,” he said. “Show me a bad policy in Ohio, and I show you a direct line back to campaign contributions.”

Space said voters’ lack of confidence in politicians is what led to Donald Trump being elected president in 2016.

“Donald Trump is President of the United States. Donald Trump won Ohio. We all have to respect this,” he said.” We may not like Donald Trump, but we to respect that people voted for him for a reason. And we need to understand that reason, and the reason is that the people of this state have lost faith and confidence in the institution of politics, and by extension, government and democracy itself.”

As well, Space called gerrymandering “the most powerful of political weapons,” noting that Ohio’s congressional districts will be rearranged following the 2020 census and that Ohio’s auditor will be on the state’s redistricting commission.

“It’s disenfranchising millions of Ohioans when you have politicians picking voters instead of voters picking politicians. It’s a perversion of the most fundamental element of democracy,” he said, saying it promotes division and political extremism.

Space said, if elected, he will, “approach this job with the mindset that I will have a constitutional responsibility to do something about the use of taxpayer dollars to pay off donors.” 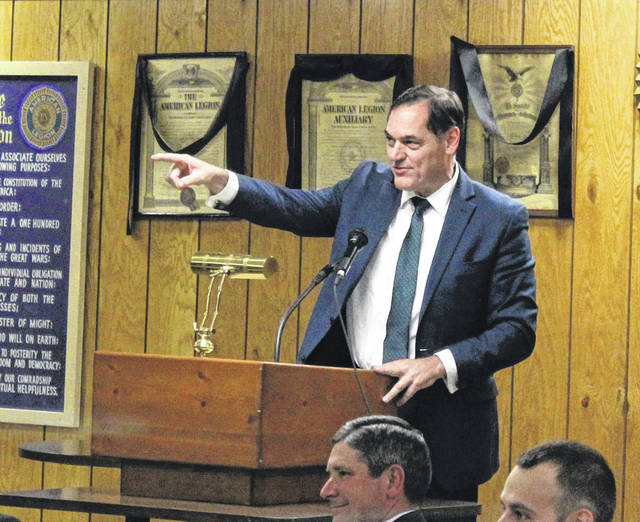