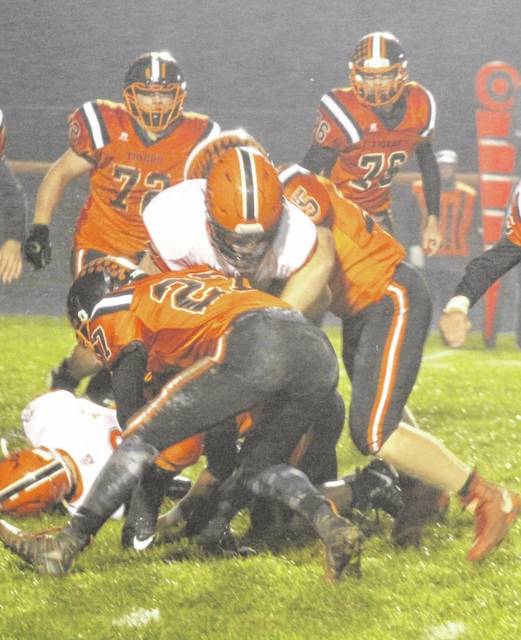 ANSONIA – It was a foregone conclusion coming into Friday night that Ansonia would be playing beyond Week 10.

The Tigers knew, win or lose, the 2018 season would be its second straight with a postseason appearance, but they still didn’t take any plays off on a dismal, rainy night in defeating winless Bradford, 41-6.

“It’s special to get back to the playoffs for a second straight season,” Tigers coach Eugene Hoening said. “You just have to have the right combination of players. We had a strong senior class last year and we knew the senior class this year was strong too, and they proved it so good for them. That’s what you need. A couple of strong classes coming through and good things happen.”

The season went so well that Ansonia appears to have earned the fourth seed in the Division VII, Region 28 rankings which will give them a home playoff game. The rankings are still unofficial, however. They won’t be confirmed until Sunday afternoon, but as of Friday night the Tigers look likely to be hosting Sidney Lehman Catholic at 7 p.m. on Saturday, Nov. 3.

“It will be great to be home,” Hoening said. “It is just an easier game day when you don’t have to pack and travel somewhere. I would like to think it gives us an advantage, but in the playoffs every team you play is going to be good so I don’t know if there is any advantage there or not, but it sure is nicer to play at home.”

Ansonia (8-2, 7-1 Cross County Conference) didn’t waste any time in taking a lead against the Railroaders when junior Brock Shellhaas took off on the first play from scrimmage for a 54-yard touchdown run and a 7-0 lead with 11:41 on the clock. A few minutes later, Ethan Fischer scored the first of his two touchdowns on the night with a 6-yard run and a 14-0 lead. Two minutes more had gone by when Reece Stammen broke free for a 25-yard scoring run. With a little more than three minutes to go in the opening quarter, Matthew Shook got into the act as well with a 20-yard touchdown run and the Tigers took a 28-0 lead into the second period.

Ansonia went up 35-0 when senior Devin Sink burst into the open field for a 65-yard touchdown. Fischer added a 73-yard touchdown run in the fourth quarter for the final points of the game. Bradford did manage to put 6 points on the scoreboard in the second quarter when Josiah Brewer intercepted an Ansonia pass and ran it back approximately 30 yards for a touchdown. The PAT was blocked.

It has been a long season for Bradford, which finished the year 0-10 overall and 0-8 in the CCC. The Railroaders’ season was filled with adversity as they consistently played with 13 kids week-in and week-out. Just a few weeks into the preseason back in August, Bradford’s coach stepped down nearly forcing the cancellation of the season. John Cruse stepped into the head coaching role and he said the kids never quit on him despite the inability to simulate real-time practices.

“Someone had to step up,” Cruse said. “The seniors were my main concern. They needed to have an opportunity to finish the season out. They deserve it just like anybody else does, and the rest of the team did too as far as that goes. It’s a great bunch of kids. They worked hard and came to practice every day and did the best they could.

“It is just hard to simulate without having any guys as far as a defense to go against your offense,” he continued. “We used 9 blue barrels. That was the defense that our offense went against. With 13 kids there was just no other way. We tried breaking things down the best that we could with individual type things like reads and stuff like that, but you could tell in every game that was the difference. The first quarter just killed us with that speed factor, but they won’t quit. That’s the thing about them. They get nicked or hurt and they come out and go right back in. I commend them for that.”

Cruse heaped plenty of praise on his players for their undeniable grit and determination, but he also thanked the many coaches in the league for their words of encouragement.

“In our league we had a lot of good coaches come in and talk to our kids after games and commend them,” Cruse said. “They were like shots in the arms. That was the message I was trying to get across to the kids and it just fell right into place with what I was trying to do. We never had anything where the kids were down or depressed. Nothing like that the whole year. They had a positive attitude all year and just kept coming out and playing.”

Coach Hoening had a few words of praise for the Bradford players as well.

“You have to give Bradford and Coach Cruse a lot of credit for sticking with it,” Hoening said. “As a coach it can be frustrating because there are things you want to do, but can’t do in practice. Even in games there are things you want to do and you can’t because you don’t have the people to do it. They learned good lessons about not quitting. You just keep going. It’s a game and you play the game because you love football. Even if you have 11 guys you keep playing because you love the game. That is competition and you have to love it.” 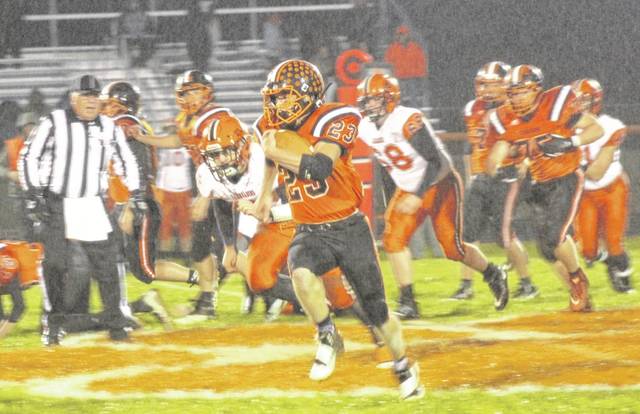 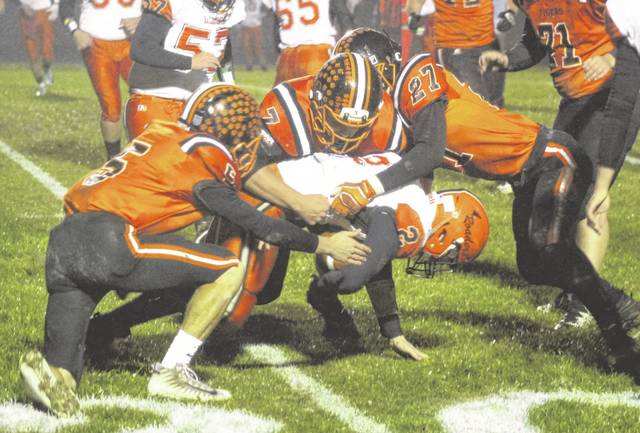 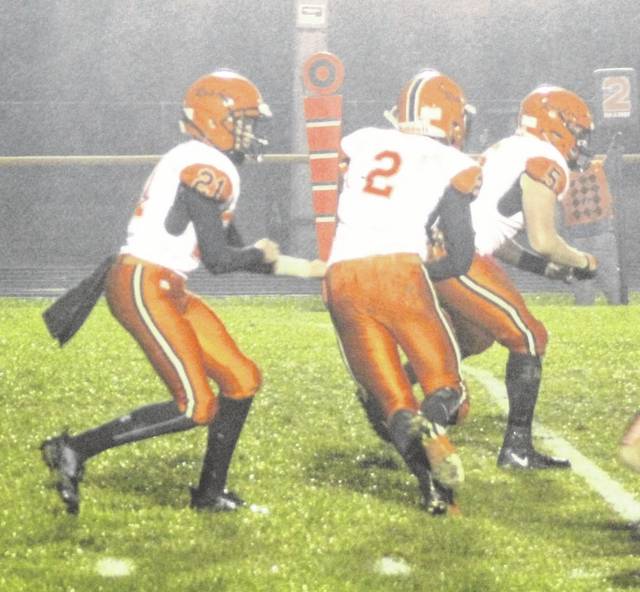 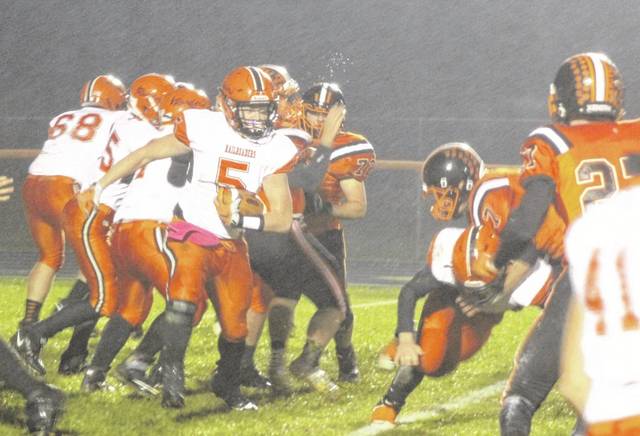 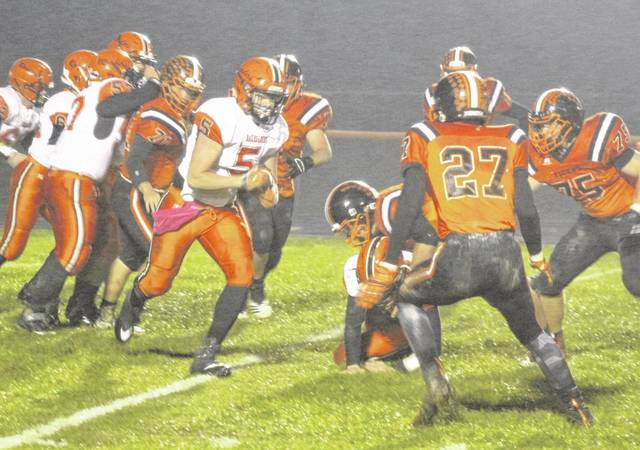 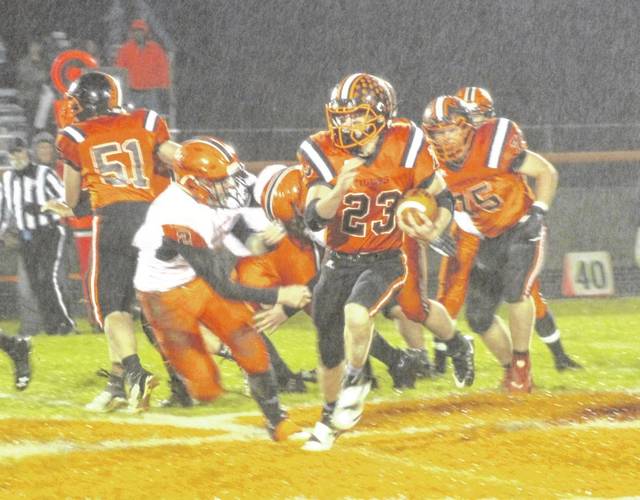 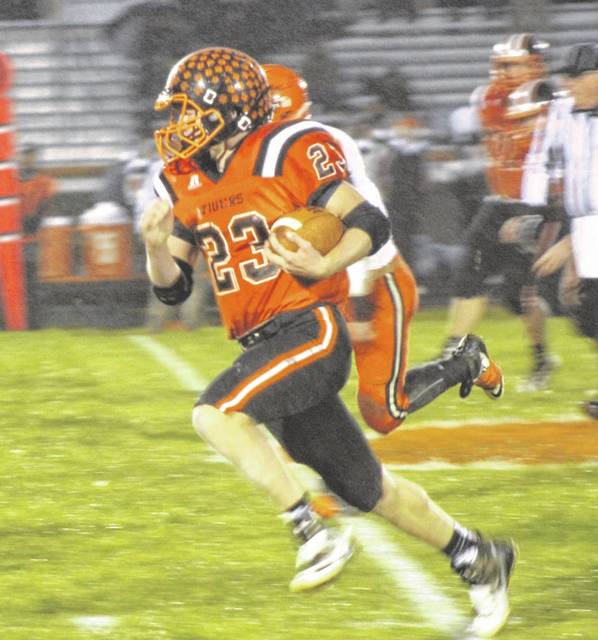