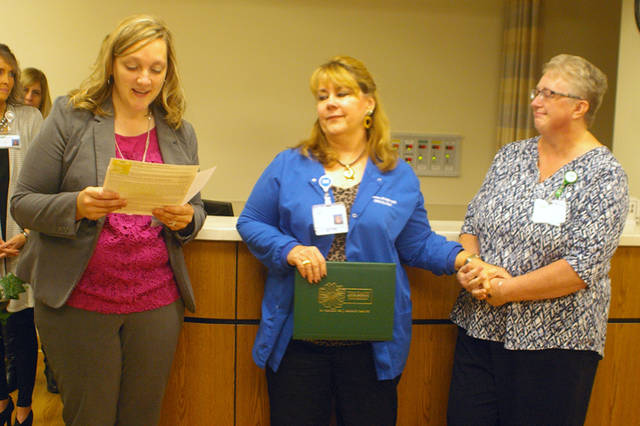 “No way!” Brown said as she was revealed as the latest recipient. “I asked (Terri Flood) who won, and she said, ‘I don’t know.’ That is awesome. I am surprised.”

The DAISY Award was created in 1999 by the family of J. Patrick Barnes, who died from complications of an auto-immune disease. His family created the DAISY Foundation in his memory, which now is recognized by more than 3,300 health care facilities and schools of nursing in all 50 states and 18 other countries.

“I’m so shocked that it’s hard to say,” Brown said of receiving the award, “but I’m very grateful and honored.”

Brown was nominated for the DAISY Award by Angie Godwin, who works in the Wayne HealthCare billing department. Godwin’s mother was treated for cancer at Wayne HealthCare, she said, and she appreciated the care she received from Brown.

“Jill is the most wonderful and compassionate human being and RN that I’ve ever met in my entire life,” Godwin wrote in her nomination form. “Jill made sure that my mom’s health was her main priority.”

Brown always ensured the cost of the chemotherapy was covered, Godwin said, whether it be through health insurance or money from a cancer fund.

“Our facility would be lost without her,” Godwin said. “She does so much for our community.”

“Everything she does, her patients are No. 1, and she’s certainly deserving of the award,” Freeman said.

Brown has worked as an oncology nurse for approximately 30 years and has worked at Wayne HealthCare since 2008. She’s inspired by her patients, and they keep her going.

“They’re very special patients, and I work with some great nurses,” Brown said. “We’ve got some great chemotherapy nurses here. I work with a great group of people.”

For more information on the DAISY Award, visit www.daisyfoundation.org. 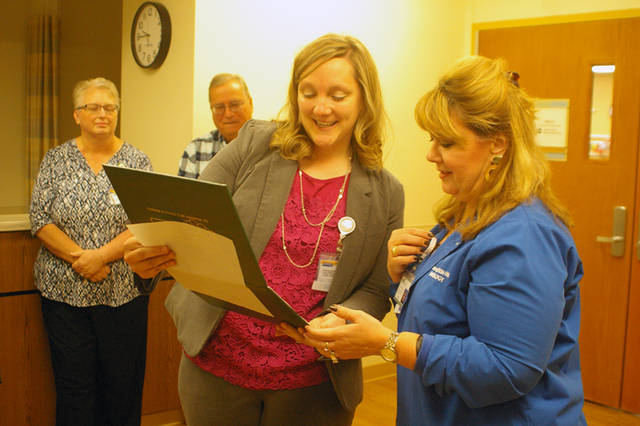