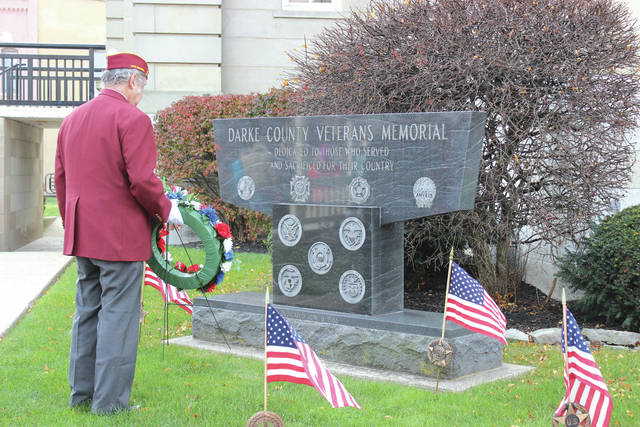 DARKE COUNTY — A number of initiatives and events are underway this Veterans Day to commemorate not only the sacrifices of America’s veterans but the armistice that ended World War I on Nov. 11, 1918, almost exactly 100 years ago.

World War I was one of the deadliest conflicts in world history. More than 9 million combatants and 7 million civilians died as a result of the war, according to a statement issued by the World War I Centennial Commission in Washington, D.C.

Approximately 4.7 million Americans served, 2 million of them deployed overseas. More than 100,000 never made it home.

The American Legion was founded by World War I veterans in 1919 while the Veterans of Foreign Wars, founded 20 years earlier, grew rapidly after the war.

Garst Museum will hold a free lecture focusing on the war at 2 p.m. Saturday. The featured speaker will be Jonathan Winkler, chair of the Department of History at Wright State University. Winkler has published a book about strategic communications and security practices during World War I. The program also will honor the service of Forest Marshal, an aviator who served during World War I.

Garst maintains an exhibit showcasing artifacts related to service members from Darke County, including those who served during World War I. This includes Lt. Commander Zachary Lansdowne of Greenville, who joined the U.S. Navy in 1905 and served with the British Naval Air Service during and after World War I. Lansdowne’s house still stands at 338 E. Third St. in Greenville and has an entry on the National Register of Historic Places.

On the state level, the Ohio World War I Centennial Committee will commemorate the sacrifices of Ohio’s service members by collecting homemade poppies from communities across Ohio. Poppies are large, red paper flowers with the names of local service members written on the heads and became a symbol of the war effort after the publication of the poem “In Flanders Fields” by John McCrae.

The poppies have been collected throughout the year and will be displayed on Sunday at the Ohio History Center in Columbus to commemorate the armistice and to recognize the hundreds of thousands of Ohioans who served in the war.

“Ohio played a major role in World War I in almost every area you can think of,” a press release issued by the Centennial Committee states. “Ohio sent the fourth most troops of any state, making up about five percent of the nation’s military manpower. Ohio was also the home of Camp Sherman, the third-largest training camp during the war. Over 120,000 soldiers trained there.”

Nationally, the World War I Centennial Commission, established by Congress in 2013 to create a national memorial in Washington, D.C., has invited citizens and organizations across the country to toll bells 21 times at 11 a.m. Sunday, commemorating the hour at which the armistice was signed. 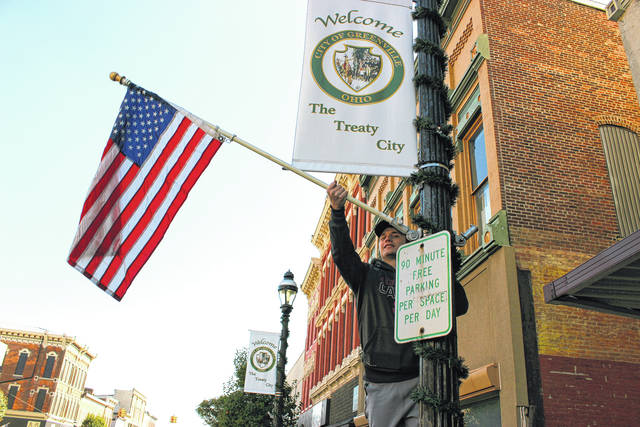