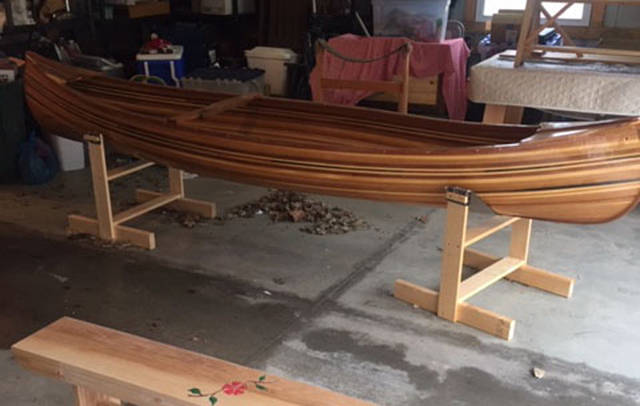 “I am always looking for something special to give to those I love and giving a handmade item, whether it’s the furniture or a quilt, is a gift from the heart,” Gateway’s Executive Director Ellen Keyes said. “I know it will become a family heirloom.”

The featured woodworker is Gene Hoellrich of Sidney. Hoellrich served Darke County as Dark County court judge for 24 years. He worked daily with Darke County citizens to enhance the civic and legal environment of their communities.

After retiring from the bench, Judge Hoellrich found time to focus on his passion for working with wood. His late father, George, was the former president of Peoples Federal Savings and Loan in Sidney.

Although Hoellrich did not grow up in Shelby County, he decided to move with his wife, Pat, to the family farm in Shelby County after he retired from the bench. This move to his family’s farm was perfect. It joined his love for country living with his life-long interest in woodworking as the woods on the farm had an abundance of hardwood trees that not only supplied enjoyable scenery but also a source of wood for his furniture.

Several years ago, Hoellrich’s wife, Pat, was stricken with Frontotemporal Dementia. This disorder affects the frontal and temporal lobes of the brain. As the disorder progressively worsened, Hoellrich eventually hired caretakers around the clock so that Pat could remain at home with him.

Watching the woman he’d loved for decades slip away before his eyes had been devastating. For a long time Hoellrich could think of nothing but Pat’s condition. As the disorder took over and Hoellrich learned that he had no control of the progression of effects, he found some solace in going to the workshop attached to their home and creating something. This was something he could control.

As he wandered around the woods on his far, he saw trees downed and others that should come down. Those trees were turned into lumber and the lumber became furniture. His caretakers and family have been the recipients of chests, tables, cradles and other wood items made from wood from Shelby County.

Making furniture keeps him busy but just steps away from his beloved Pat. The gifted wood items have delighted the lucky receivers. His latest gifts have been benches. This is fitting for a man who spent much of his life presiding from “the bench.”

Loose Threads Quilt Club was conceived on the Shelby County Court Square in the summer of 2006 while Mary Ellen Egbert and Sharon Mohrbacher sold quilt raffle tickets to the Applefest Quilt Show. By the end of 2006, Mohrbacher and Egbert made Loose Threads a reality.

The first meeting was held at the Ross Historical Center and then later moved to the Amos Center at Dorothy Love. Today, Loose Threads still meets at the Amos Center every second and third Thursdays of the month. There are currently 16 members in the quilt club, and most of the quilts that the women make are given as gifts.

Mohrbacher needed a project during her recovery from surgery so she took on the “yo yo” quilt project. She took 3,330 quarter sized handmade yo yos and individually, by hand, sewed each of them together. It took her approximately three months to assembly the quilt. It is also on display at the exhibit.

Loose Threads and Sanded Edges Exhibit will run from Nov.16 to Jan 4, 2019. The exhibit is open weekdays from 10 a.m. to 4 p.m. Weekend and evenings are by appointment. 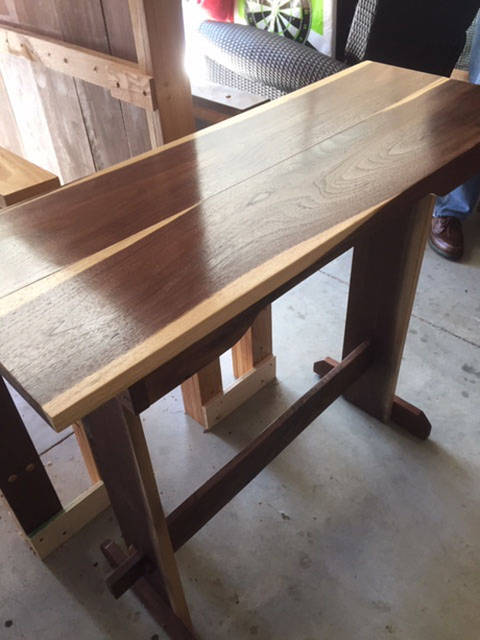 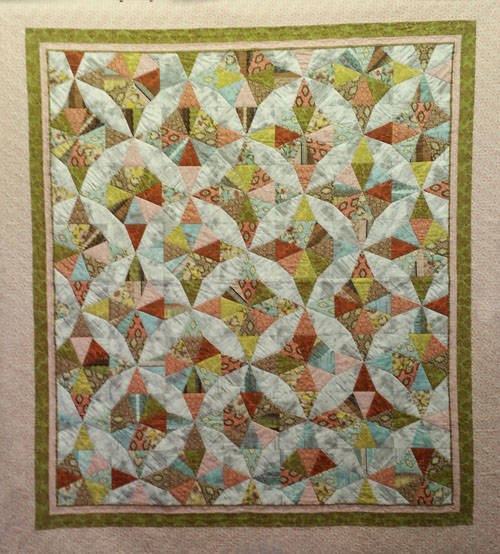