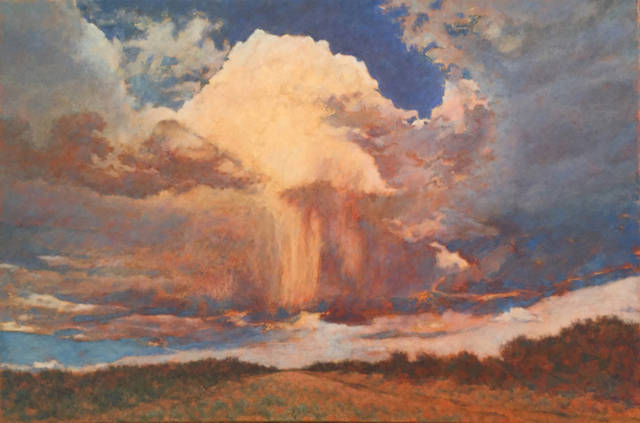 The gallery is named after former CEO Barry MacDowell and is located on the second floor near the main hospital entrance. There are 38 works on display; most are available for purchase. The exhibit continues through Jan. 3, 2019.

Lawrence Sexton’s oil paintings feature regional landscapes as well as scenes from his travels in New York, Pennsylvania, New Mexico and St. Croix, United States Virgin Islands. Lawrence Sexton has long been an admirer of the Hoosier school of painters as well as the impressionists of the early 20th century. His style could be described as traditional, with particular sensibility to the ways in which light, color, weather and time of day contribute to the mood or emotional expression of a landscape scene.

Carol Sexton’s bold, colorful botanical paintings offer the viewer an exciting close-up view of the plant world in all of its amazing diversity. A recent painter as well as a long-time sculptor, Carol Sexton is attracted to the sculptural qualities of plant forms and the spaces within them, as well as their many interesting textures and colors which are fun and challenging to paint. This series was first inspired by the tropical plants of St. Croix in the Virgin Islands but more recently also has included local garden plants seen in Richmond and the surrounding area.

In recent years the Sextons have exhibited their art at Indiana University East, the Richmond Art Museum, the Arts Depot in Union City, the Whitewater Valley Art Association in Connersville, the Minnetrista Center in Muncie and the Preble County Art Association in Eaton, Ohio. Carol Sexton also has exhibited with the Hoosier Salon in Indianapolis and has been active with the Indiana Limestone Symposium since 2006.

Both Carol and Lawrence Sexton hold undergraduate degrees in art education from Buffalo State College and MFA degrees in Studio Art from UNC-Greensboro. They were married in 1982 and came to Richmond in 1987 for Lawrence Sexton to take a three-year teaching position in the art department at Earlham College. Afterwards they stayed in the area, raised two children and were founding members of the Whitewater Artists Guild.

Lawrence Sexton earned a Master of Library Science degree from Indiana University in 2005 and currently serves as director of the Union City Public Library while continuing to create art in his free time.

Carol Sexton earned an MDiv. degree from Earlham of School of Religion in 2001, focusing her studies on the intersection of art and spirituality. In addition to being a freelance artist and designer, she has worked as an art teacher and a workshop and retreat leader.

To see more of Lawrence and Carol Sexton’s artwork, look for their paintings in the Richmond Art Museum’s 120th annual exhibition through Jan. 12, 2019, or visit the artists’ websites, lawrencesexton.com and carolsextonart.com. 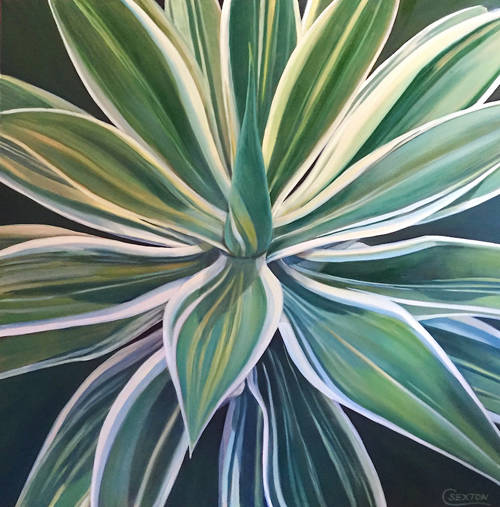