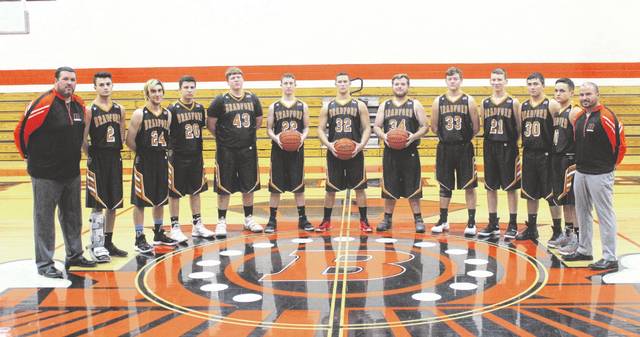 BRADFORD – A new basketball coach with the Bradford boys basketball program has become a common theme.

And while that may be the case again this year, the face is a familiar one.

Jason Wills is taking over as head coach.

“I have been with the program the last four years,” Wills said. “I have been a JV coach and varsity assistant.”

And Wills knows it won’t be a quick fix for the Railroaders, who went 1-22 a year ago.

“We are not going to go undefeated,” he said. “We know that. In that past, we have had some games that weren’t real competitive. What I want to see us do is get back to where we are competitive.”

And he will be starting over for the most part.

“We have two seniors, but they didn’t play a lot,” Wills said. “We are going to be a young team. Our numbers are down. We only have 15 kids in the program.”

One player he has high hopes for is 6-0 junior Wyatt Spangler.

“He is one of our big kids,” Wills said. “He didn’t play last year, but I am really glad he came out. I think he can really be a big productive player.”

He expects everyone on varsity to see a lot of playing time.

“I think so,” he said. “As far as our guards go, I think they are all pretty equal.”

“That is probably what we are going to do,” he said. “Even though I would like to press some. Our kids are in good shape. They are going to have to play a lot of basketball.”

Wills expects the CCC to be strong again.

“You know you have teams like Franklin Monroe, Tri-Village, who I think will get back to where they have been and Miami East,” he said. “I just think the whole conference is going to be really strong.”

Wills is looking to taking the first step in the building process.

“That is what I am hoping for,” Wills said. “To give the program some stability and continuity. That’s what has been lacking. We are going to be playing a lot of young players. That is going to help us this year and in the future.”