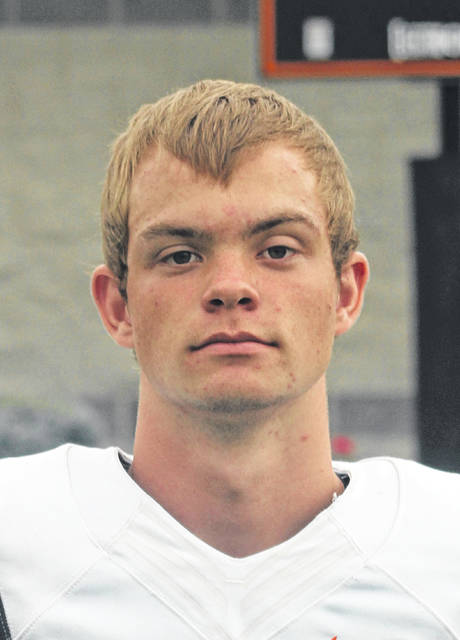 A dozen Darke County football players have received recognition at the state level this week.

The All-Ohio teams in Divisions II through VII have been announced this week by a statewide media panel. The Division I players and Ohio’s Mr. Football will be released today (Wednesday). The players were selected by members of the Ohio Prep Sports Writers Association.

For Darke County, there were players to be named to the All-Ohio first team in Division VII. Ansonia senior Matthew Shook and Tri-Village senior Mason Sullenbarger each were named to the first team defense, Sullenbarger as a defensive end and Shook as a defensive back. Shook played a huge role in getting the Tigers to the playoffs for the second straight season, while Sullenbarger was a leading member of the up-and-coming Patriots. Shook, a 6-foot, 165-pound senior, totaled 83 tackles and had one interception for the Tigers defense, while also amassing 899 yards of offense with 11 touchdowns. Sullenbarger (5-9, 190) had a team-high 85 tackles with 17 tackles for loss, 3.5 sacks and 3 fumble recoveries for the Patriots.

Staying in Division VII, Ansonia’s Andrew Rowland (5-10, 215) was named to the second team defense as a linebacker and Devyn Sink (5-10, 185) was named to the third team as a punter. Rowland led Ansonia on defense with 120 total tackles, 4 sacks and 2 fumble recoveries, while Sink averaged 39.8 yards per punt with 18 punts for 716 yards.

Special mention players in Division VII included Ross Shook and Hunter Muir of Ansonia, Austin Bruner and Derek Eyer of Tri-Village and Trent Collins and Will Hall of Mississinawa Valley.

Two other players were also named special mention in their respective divisions. 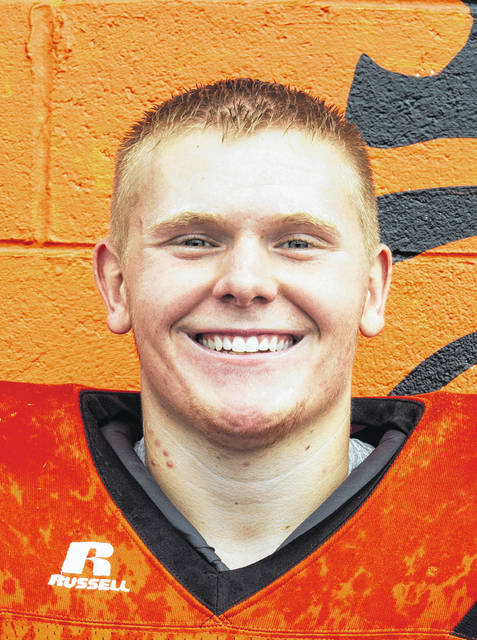 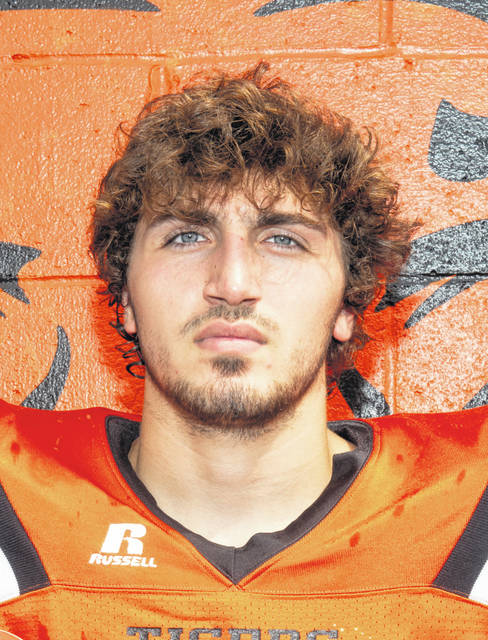 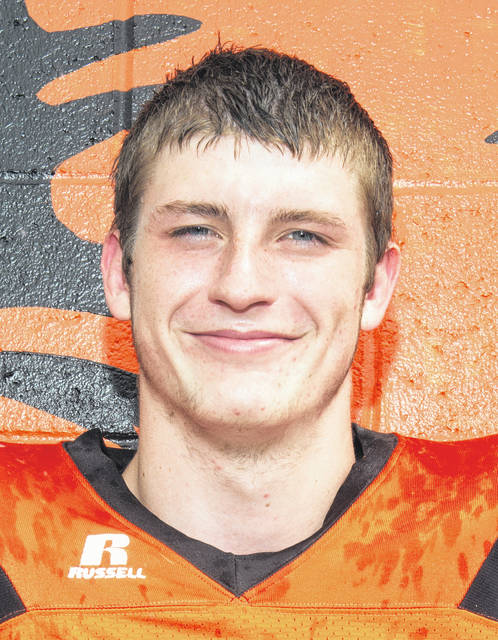 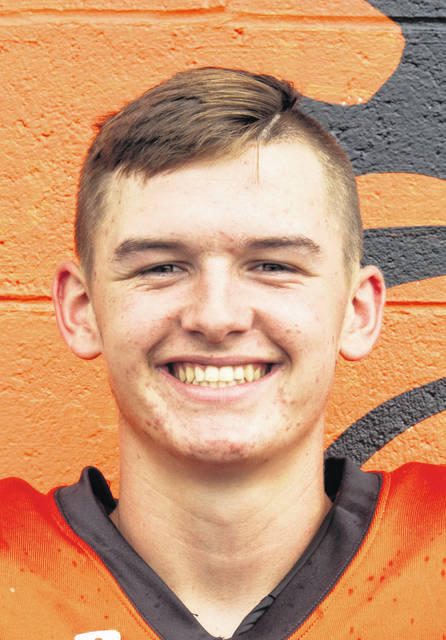 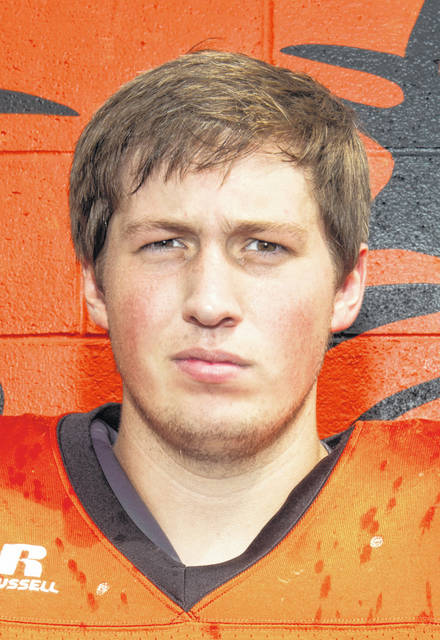 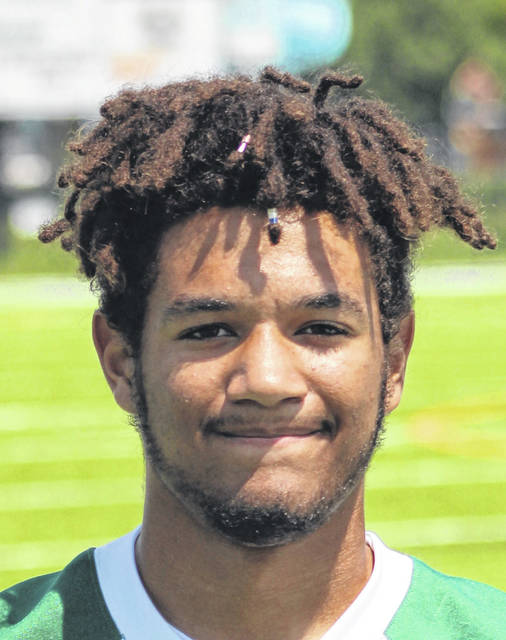 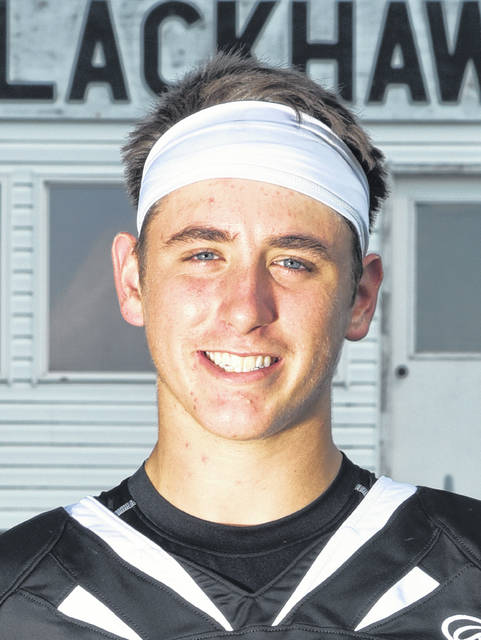 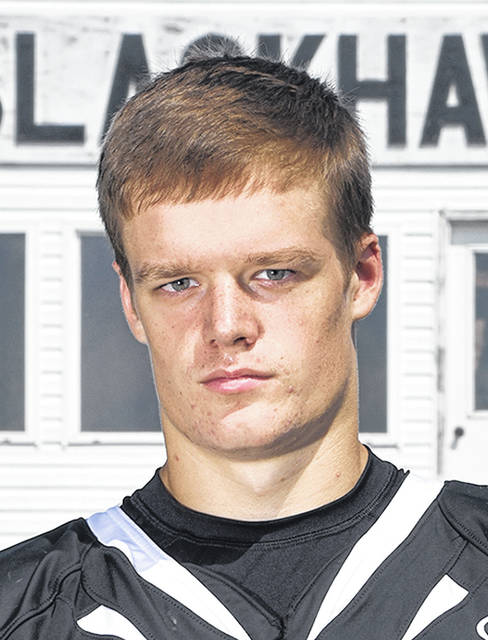 Will Hall
Will Hall 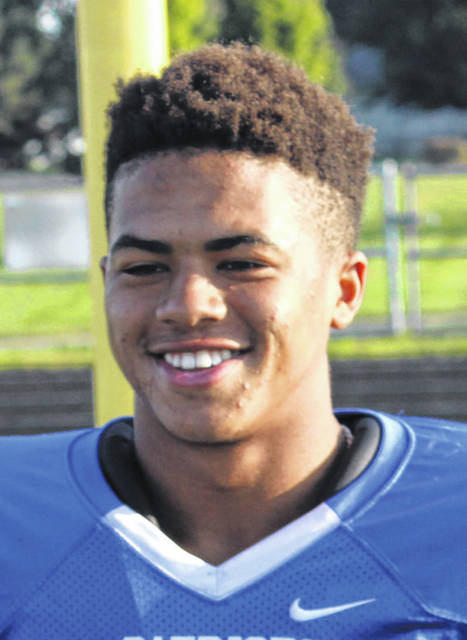 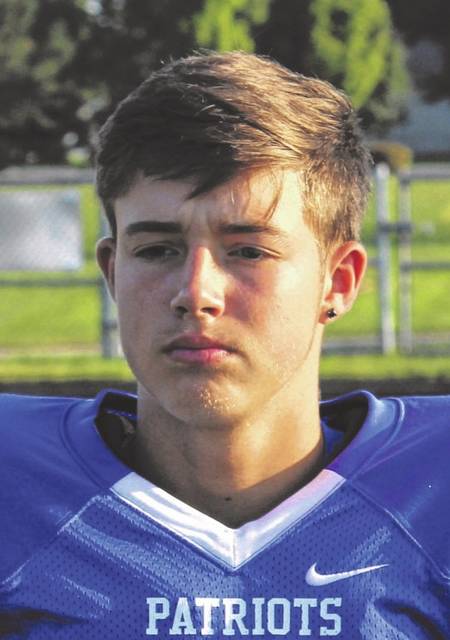 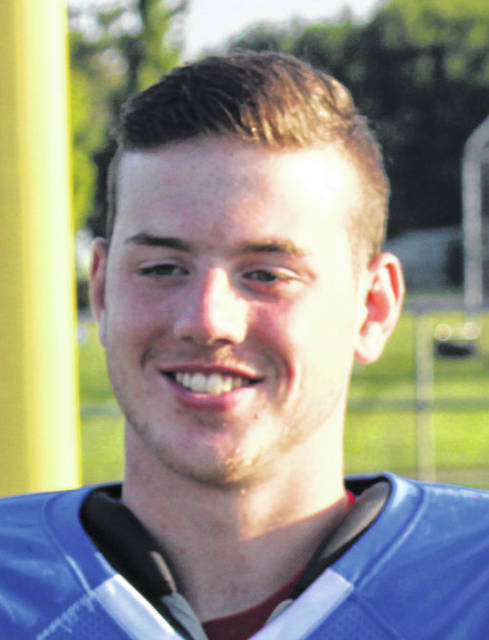