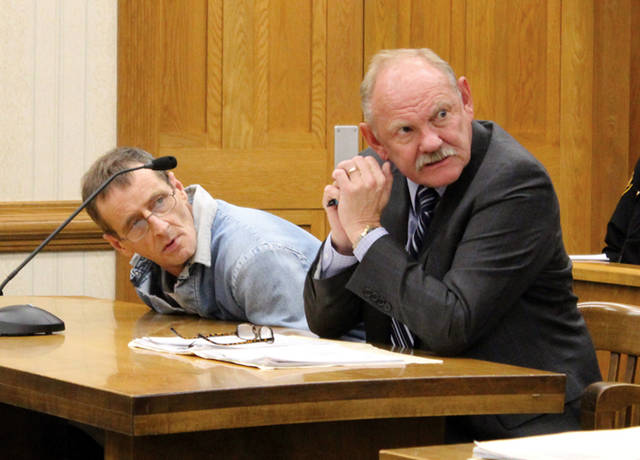 Yohey was charged with two first-degree felony counts of arson for setting fire to a porch and assorted lawn furniture in an August incident at the home of a former live-in girlfriend in Sherwood Forest mobile home park, Greenville. The victim, Tanya Penny, was not home at the time.

He denied setting the fires, contesting those two counts, but previously entered guilty pleas to one count of resisting arrest, a first-degree misdemeanor; one count of vandalism, a fifth-degree felony; and two counts each of criminal damaging and telecommunications harassment, both misdemeanors.

Before sentencing, Yohey told the court he “deeply regretted” his actions, attributing them to abandonment issues from his upbringing.

Judge Hein told Yohey he needs to find a better way to move on from the past.

“The past haunts a lot of people, and it takes a bigger person a lot of strength and spine to get over the past. The only person who can fix that is you,” he said.

Hein also pointed out what he saw as the depth of Yohey’s anger, as evidenced in the police interview.

“If that’s you, the risk to the public is a huge problem,” he said.

Yohey was also ordered to serve five years on community control upon his release, pay $1,266.01 in restitution to the victim, pay court costs and must register annually as an arson offender for the remainder of his life.