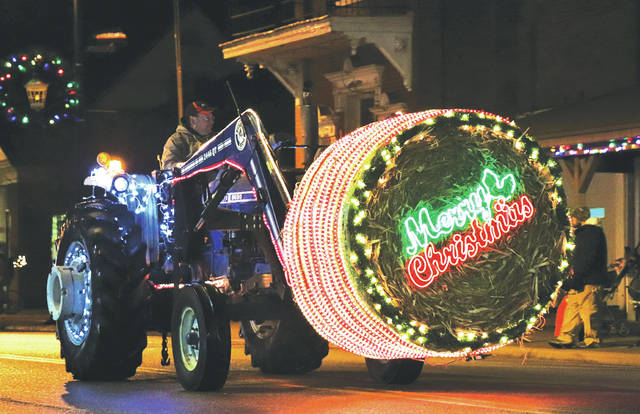 The parade followed a route starting at the First Church of God in Ansonia, then proceeding down State Route 118 to Ansonia High School. Several local businesses were open late during the event.

Ansonia Community Pride was formed about two and a half years ago, according to member Erica Wentworth, and is made up of a group of citizens who wanted to get involved in their community.

“We have a great school system, and our churches are very involved in our community,” Wentworth said. “But we wanted to work on projects and events related to the town specifically.”

The group started by planting flowers downtown and has done many projects since then, from hanging banners honoring local veterans to supplying the local playground with equipment. Ansonia Community Pride then moved on to hosting small events.

“We were approached by a citizen, Erin Horst, with the idea of a tractor parade,” Wentworth said. “We’ve worked with her over the last year to make this possible. We reached out to local businesses, encouraging them to stay open late and to decorate their exterior for the event.”

According to Wentworth, it was easy getting the rest of the community to pitch in.

“This is an agricultural community, so it was pretty easy to get people onboard,” Wentworth said. “I also want to give special mention to the Ansonia Fire Department. They are always willing to help us with any project or event that we come up with. They’ve been incredibly supportive of everything we’ve done.”

The Ansonia Park Committee also held a pancake breakfast at the American Legion Saturday morning from 9 to 11 a.m. Children present had the opportunity to have their pictures taken with Santa Claus. A holiday bazaar then took place in the American Legion Hall from 1 until 5 p.m., featuring numerous crafts and vendors.

Wentworth was proud of how Saturday’s festivities unfolded.

“The parade went very well!” she said. “We hope to make it an annual tradition.”

Next year’s tractor parade will take place Dec. 7, 2019, Wentworth said. Ansonia Pride also has plans to expand its veteran banner program, as well as to paint a mural downtown.

“We hope to grow the parade next year,” Wentworth said. “We think everyone’s creativity and competitiveness will come out more each year. We think Meadows Towing may have won the unofficial fan favorite award with their Cousin Eddy-themed entry this year,. And next year we hope to add official awards.”

“The community support has been awesome,” Wentworth said. “Police, fire and Ansonia Area Rescue didn’t hesitate to jump in and help with the parade. We want to thank the First Church of God for letting us use their parking lot, as well as all of the people and businesses that took time to decorate for the parade. We’re a very small group, and we hope to inspire others to get active in their community.” 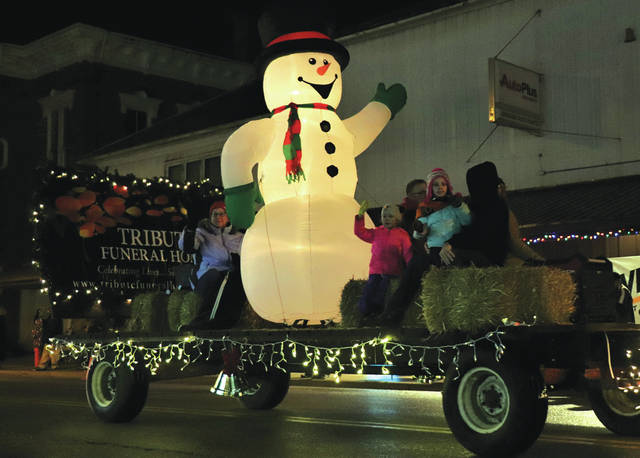 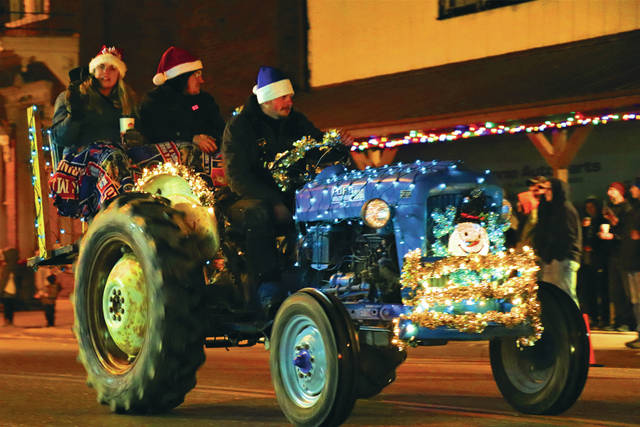