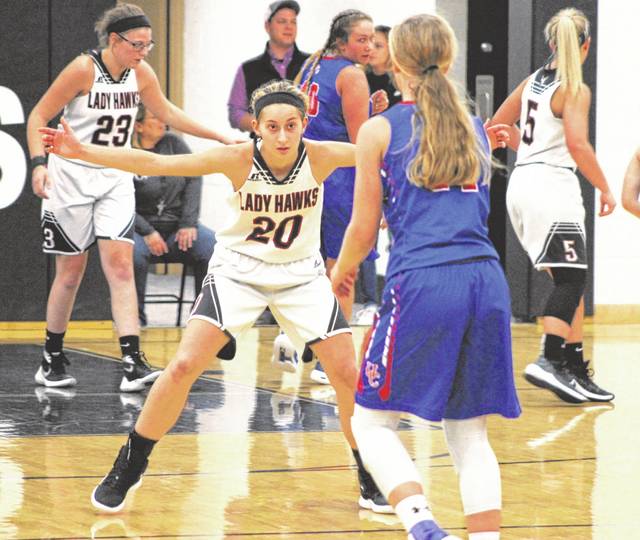 UNION CITY – It was the second loss in as many games for the Mississinawa Valley girls basketball team, but new coach Michael Paige said he saw plenty of positives from his squad.

The Lady Blackhawks hosted interstate rival Union City (Ind.) on Saturday as part of a full day of games between the two schools in the boys’ and girls’ programs. Despite a energetic effort, the Indians used a strong third quarter to pull away for a 59-26 win. It was their seventh win of the season in nine games (7-2), while Mississinawa Valley is just in its second game with an 0-2 mark.

“It was a tough loss but it also was a good loss,” Paige said afterward. “They were 6-2 coming into today and we have only played one other game so we are still working out a lot of kinks and we are missing our starting point guard with a shoulder injury.”

In her place, Paige started freshman Mattie Hiestand at point guard. She finished the game with 5 points including the Blackhawks’ only 3-pointer.

“Mattie played well for being a freshman in a varsity game,” Paige said. “Sidnie Hunt played really well. She is 5-foot-6 and probably had 10 rebounds. Kya (Lavy) did pretty well and Olivia (Murphy) too. There were a lot of positives that came out of this game. Things we can look at on film and work on. I don’t think 0-2 is that bad yet.

“It’s like I said this is a new team and I am a new coach and we have a lot of different pieces with a new offense. Our effort was good, but we obviously have things we still need to work on,” he added.

Hunt led the Lady ‘Hawks offense with 6 points. Hiestand had 5 and Lavy and Taylor Stachler each had 4 points. But it wasn’t like Mississinawa wasn’t getting good shots against the Union City defense.

“Part of not sinking the shots is we are still learning a new offense,” Paige said. “The shots will fall once we get some things worked out. A lot of times when they get pressure or get in a pressure situation they fall back to last year with things they did. It is easy to fall back into old habits – it is muscle memory – so we have to calm them down and get them focused on what we’re doing and what they are supposed to do, then we’ll be good.

“A lot of it too is getting past frustrations too,” he continued. “A lot of them are getting mad at themselves and they are getting down and forgetting what they are supposed to be doing. As soon as we get all that straightened out we’ll be good.”

Those are things that a young team even nine games into their season already are still figuring out too, according to Union City coach Sarah Black. The Lady Indians had three freshmen that saw significant minutes against Mississinawa Valley. One of them – Emil;y Livingston – compiled a double-double with 11 points and 13 rebounds. Another freshman – Mariah Claywell, along with junior Mackenzie Green, led the team in scoring with 12 points apiece.

“We played on Wednesday against our county rival Monroe Central, a 2A team,” Black said. “I thought there were a lot of things we didn’t do well so we spent the last couple of days working on those things and what we needed to improve on and I definitely saw some improvement in the game tonight.

“We are starting to hit it pretty hard in our season with this being our ninth game,” she continued. “We’ve got some games coming up in our conference that will be challenging for us so we are working to get prepared. We are very young with quite a few freshmen playing significant minutes for us. We are trying to work out any kinks with them so they will be prepared for later in the season. We are not playing our best right now, but I told them in the locker room at halftime it is our responsibility as coaches to make sure they are doing what we need them to do and showing them the things that are going to help them improve. I saw a lot of great things out there defensively. Emily Livingston had a double-double with 11 points and 13 rebounds. We are proud of her for doing that.”

Staked to a 26-13 lead at the start of the third quarter, Union City came our roaring with a 17-2 run over the first 5 minutes of the period to pretty much put the game away. They led Mississinawa 45-20 with one quarter left to play.

“One of the big positives from today was all last year they got pressed and just turned the ball over and over again,” Paige said. “Today I thought we did a pretty good job against their press. There were moments where we turned it over, but for the most part we made them get out of their press for a while. If we just keep working on that and focus on the little things I think we’ll be fine.” 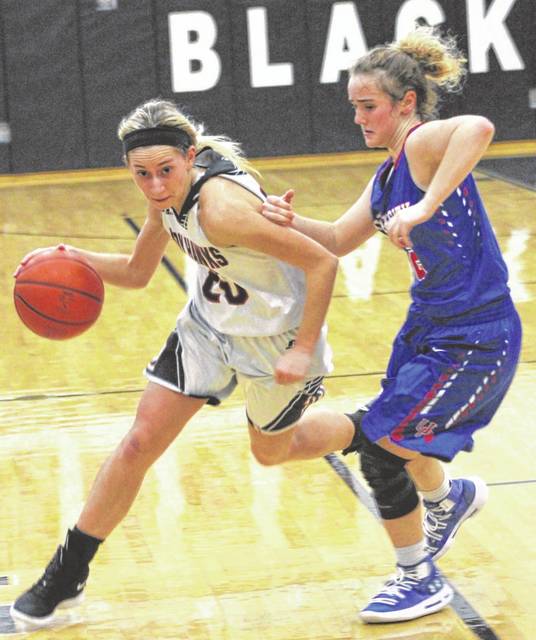 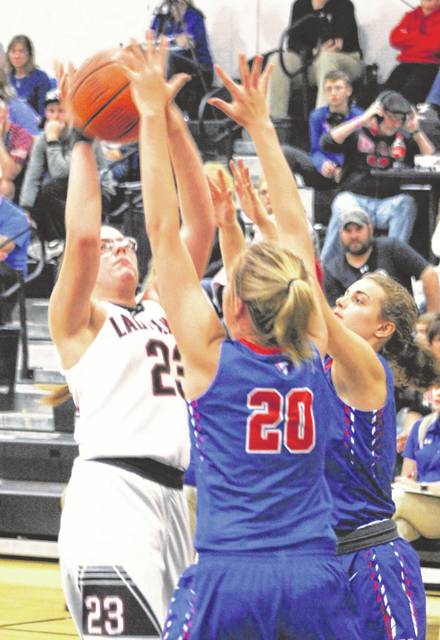 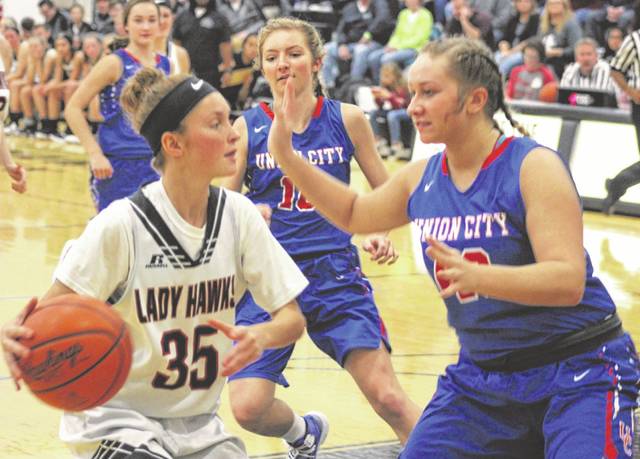 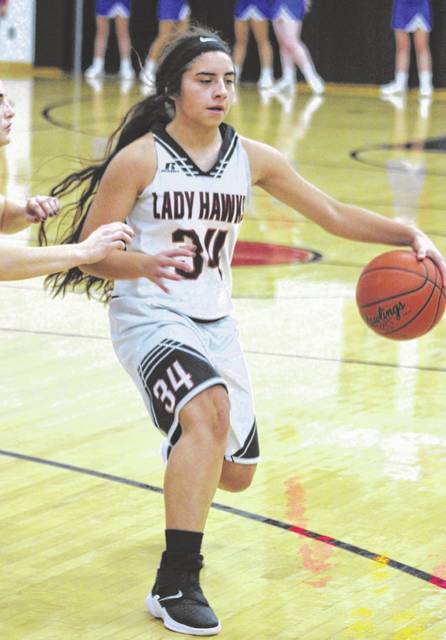