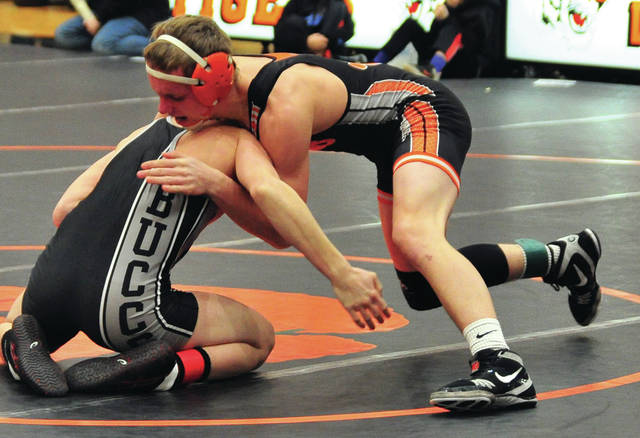 VERSAILLES — It has always been a good early season matchup to see how D-III wrestling powers Versailles and Covington match up.

And Tuesday night in the Versailles High School gym was no exception.

It came down to the final two matches, with the Tigers recording two pins to erase a 29-24 deficit and come away with a 36-29 victory.

“We changed our lineup up a little bit,” Versailles coach A.J. Bey said. “I felt like if we needed it, our last two guys (Isaac Grilliot, Austin Nerderman) could get us six points each and that’s what they did.”

And Covington coach Eric Vanderhorst had no complaints.

“This is always a good match,” he said. “We were coming off winning at Northeastern and they won their tournament (McCracken Invitational at Sidney). There were a lot of great matches out there tonight. It just came down to one match.”

“This is always a good match,” Bey said. “And we will see them again next week at our dual tournament and it could be a different result.”

Michael Reed (106) got Versailles off to a fast start with a pin in 26 seconds.

Anderson recorded and 11-0 major decision and Vanderhorst won by pin in 1:37 to give Covington a 10-6 lead.

Covington then reeled off three straight wins of its own.

Keringten Martin (152) wrestled for Covington and Cael Bey (152) moved up to that weight for Versailles.

In the end, Martin used a reversal in the second period to come away with a 4-1 victory.

“Those are two state caliber wrestlers,” Vanderhorst said. “They didn’t have to wrestle (Cael) Bey against him but they did and it made for a great match.”

A.J. Bey was hoping for a little different result.

“We felt like the way things matched up, that is what we had to do,” he said. “I think if Cael (Bey) had wrestled to win, it would have been a lot more exciting match.”

Gage Kerrigan (195) just missed a tech fall for Covington, recording a 21-8 major decision, giving the Buccs a 29-24 lead before Versailles closed the match with two pins to take the victory.

“We had some big wins to give us a chance,” Vanderhorst said. “It was an exciting match.”

Like it always is when Versailles and Covington get together on the mat. 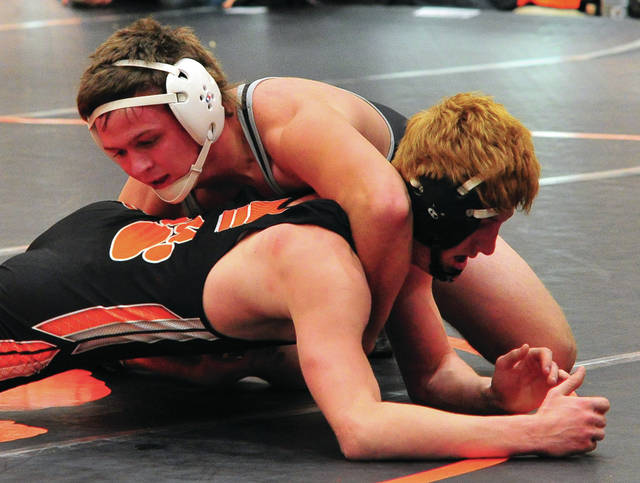 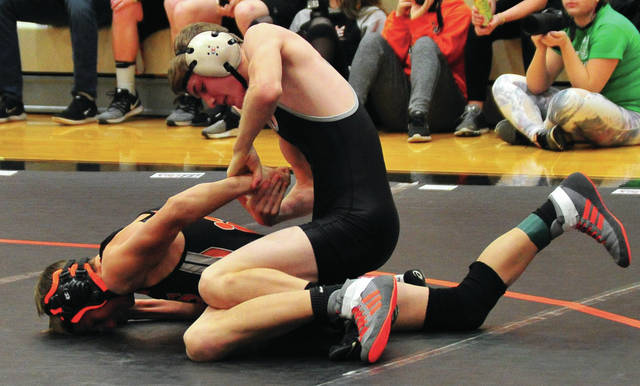 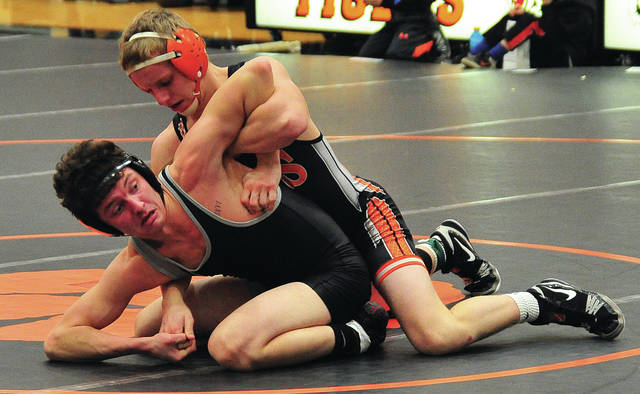