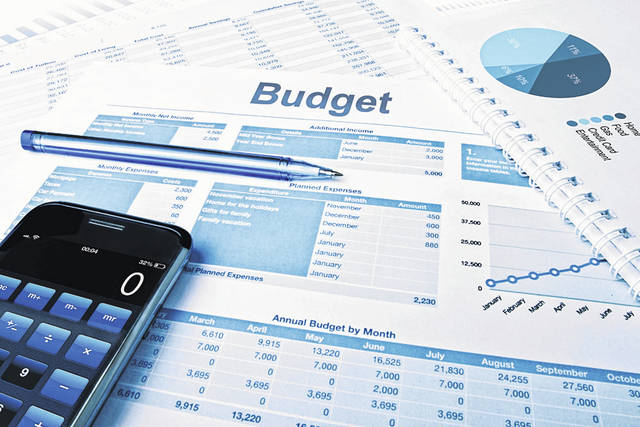 DARKE COUNTY — At their Monday session, Darke County Commissioners Matt Aultman and Mike Stegall spoke about the board’s efforts to balance the county’s budget for 2019.

During budget discussions in July, the commissioners said the county was facing a shortfall of more than $1 million for the coming year. Last week, they announced the 2019 budget had been balanced through cuts spread across county agencies.

Commissioners credited the “conservative hard work” of the county’s elected officials and county workers in balancing the budget. The commissioners said the projected deficit can largely be attributed to the loss of $800,000 in revenue from the federal government’s elimination of sales tax on Medicare and Medicaid, as well as increased mandates from the state.

Originally, the commissioners expected an across-the-board cut for all county agencies ranging from 3 to 9 percent. Ultimately, a 10-percent cut was seen as essential.

Commissioner Aultman noted, however, the cuts were nonetheless different for every department.

“Some departments don’t have anything but salaries, and there are people who either retired or got let go. Some others had operating funds they were able to cut out of there budget as well,” he said.

“Everybody took some kind of deduction out of their budget, pitched in,” Aultman added, saying the county already operates under a conservative spending plan. “It’s hard to cut something they’ve already squeezed down on their budget previously.”

Commissioner Stegall said, “I think it’s important for everybody to realize that because of the people in the courthouse and our elected officials, they did one hell of a job working on this.”

Both said they hoped the newly elected Ohio General Assembly and Governor-Elect Mike DeWine would work with Ohio counties to alleviate local funding concerns. Commissioner Mike Rhoades was in Columbus Monday to hear DeWine address this issue at a County Commissioners Association of Ohio gathering.

Aultman also said residents should see no decrease in county services as a result of the cuts.

In other business, the board approved a transfer of $300,000 to the county’s Capital Improvement Fund.

Aultman said expected capital improvement expenses include continuing costs related to the MARCS radio system for the county’s emergency agencies and security upgrades for the courthouse, among other county infrastructure needs.

“This is an ongoing balance, to maintain our buildings,” he said. “Now we’re getting a balance built up to do some capital projects and upkeep of facilities.”

The Darke County Board of Commissioners meets every Monday and Wednesday at 1:30 p.m.