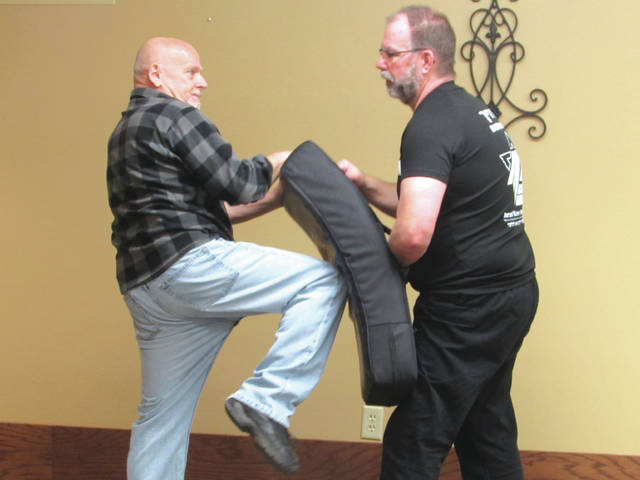 Krav Maga is a self-defense technique developed for the Israeli Defense Forces and incorporating techniques used in boxing, wrestling, Aikido, judo and karate. The style is used by FBI agents, SWAT team members and everyday civilians. Krav Maga is Hebrew for “contact-combat.”

The style is known for its focus on real-world situations and extreme efficiency. Practitioners learn to defend themselves using practical, no-nonsense techniques. As Olson said, students “train in what they wear to work every day.”

“Most forms of self-defense training are what I would classify as ‘martial arts,’” Olson said, “meaning they’re more sport than self-defense.”

In contrast, according to Olson, there’s very little element of sport to Krav Maga.

“This is self-defense in its rawest form,” Olson said. “It’s a very aggressive form of self-defense.”

Olson has been involved with IKI for just over a year, he said, in which time he’s put in approximately 500-700 hours of training.

“I’ve put in my dues as far as getting where I’m at,” Olson said. “Bumps, bruises, sprains — everything short of a broken bone.”

Olson is certified as a Level 1 instructor, meaning he can award students their first two belts, yellow and orange. The ranks progress through green, blue, brown and black. Olson plans on testing for his blue belt within the next month.

In the meantime, Olson said that offering free monthly classes at the library will help fill a vital need in the community.

“It’s gonna sound cheesy, but honestly, if I save one life it’s worth it,” he said. “People need to be able to defend themselves, and there’s no better place to learn than at a free class.”

IKI’s four main rules, according to Olson, are represented by the acronym AAPC. The A stands for avoidance, meaning that whenever possible, students should flee from a violent encounter rather than trying to engage physically.

“Check your ego at the door,” Olson said. “Running is OK. Any fight you can walk away from is a win.”

Next comes ability, which focuses on each individual student’s physical capabilities and level of proficiency. Then purpose: what are you trying to achieve? What is your assailant’s purpose? Finally, there’s circumstance.

“Where are you?” Olson said. “In an alley? In Walmart? At the library? What’s going on around you?” All these factors, Olson said, will affect the course of action during a violent encounter.

Olson’s main focus, he said, is to make his students feel safe.

“I want them to feel more empowered than they did when they came in,” Olson said. “Not in the sense of ‘I’m bad news,’ but just to feel confident that they know how to defend themselves.” 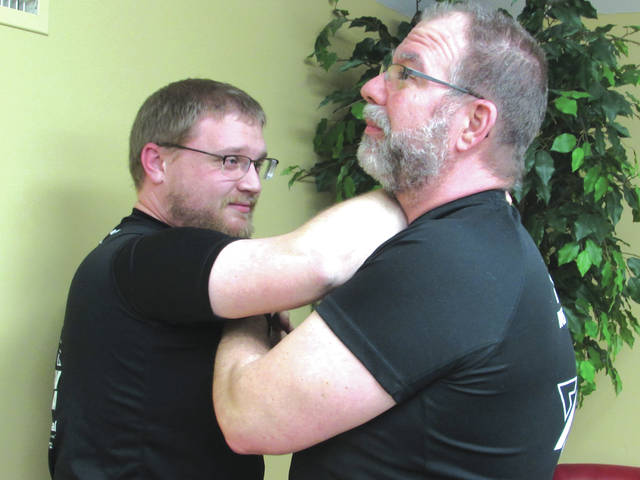 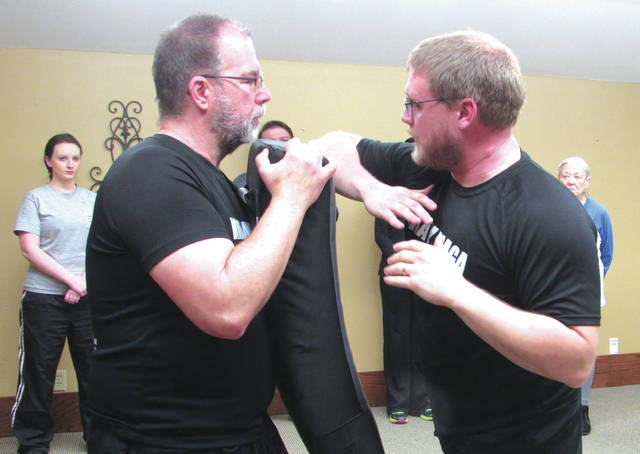