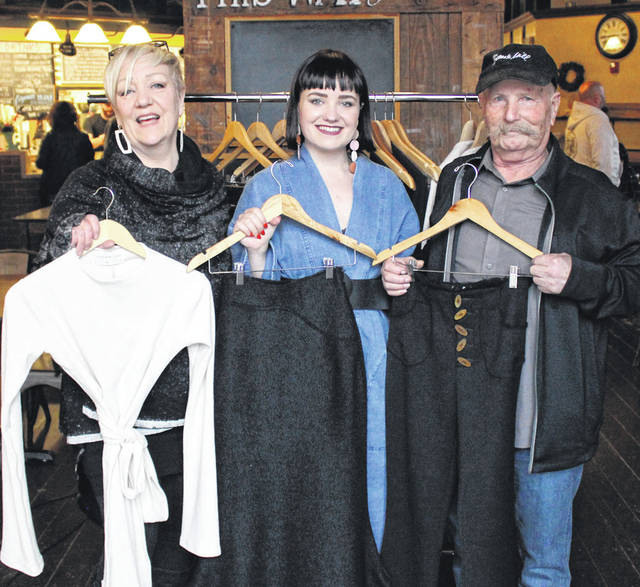 GREENVILLE — Dozens of area residents gathered Thursday evening in downtown Greenville to celebrate the success of a local woman rapidly making a name for herself nationwide.

Fashion designer Tessa Clark of Cincinnati, formerly of Greenville, and currently a contestant on Bravo’s “Project Runway,” was on hand at a watch party, spending time with family, friends and admirers as they viewed the second episode of the show.

The event, held at The Coffee Pot, was organized by the Darke County Visitors Bureau and Greenville National Bank.

“It’s been a big shot in the arm for our visibility,” he said. “And Clark’s fashion line really embodies that. Her design and aesthetic is all about her family’s story and time at Bear’s Mill, so it always comes back home to Darke County.”

“If you read any article about her, she always refers to home,” she said. “Her ‘Grind and Glaze’ fashion line is an homage to her parents. She has never forgotten her roots.”

Clark was the winner of the first episode of Project Runway, and gained immunity for the second episode, which was aired on a large-screen TV at the gathering.

During the second episode, Clark participated in a team challenge, and led her group to a team victory.

Project Runway Judge Elaine Welteroth lauded Clark, telling her “There’s no such thing as a bossy woman, there are only boss women.”

Terry Clark, Tessa’s father, said she has always been an incredibly hard worker.

“She’s always gotten up early, worked hard, and I think it’s all paying off now,” he said. “She’d get up at four in the morning, grind grain, make pancakes, and she could go in and make the pottery that we could eat the pancakes on.

“She can operate a backhoe and she’s not married. I don’t understand it,” he added.

Tessa’s mother, Julie Clark, said she is excited and delighted by her daughter’s accomplishments, but admitted she is also “nervous.”

“I’m nervous to see how it’s all going to play out,” she said.

While she cannot reveal too much information on upcoming episodes, even to her family, Clark said the Project Runway experience has been life changing.

“I love this. I love having the prompt of a challenge,” she said, adding that her time at the University of Cincinnati’s design school helped prepare her for intense work situations.

Despite being in competition, Clark said she cherishes the camaraderie she has built with the other designers.

“We’ve been able to become close by living together, we still have group texts and we really like each other and we’ve always remained in contact,” she said. “I can’t imagine my design world now not knowing them.”

To young people interested in pursuing a career in fashion design, Clark advised going after what they really want to do. 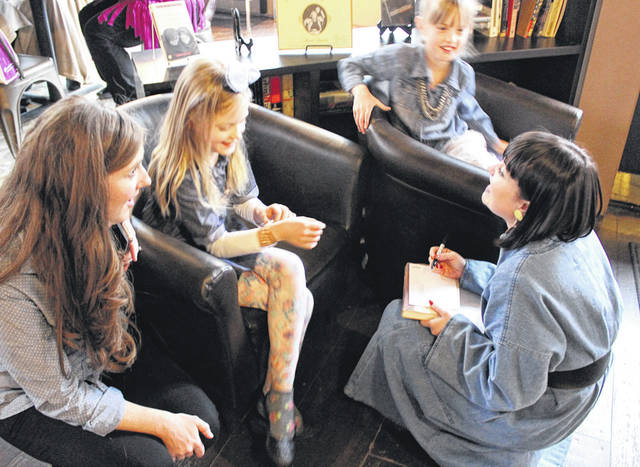