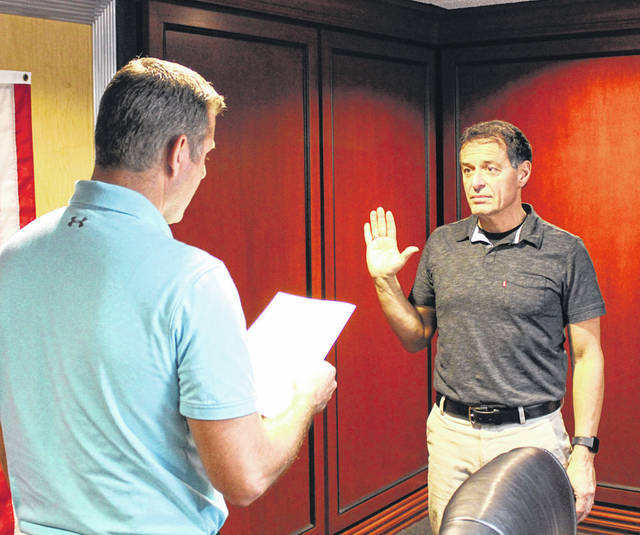 ARCANUM — An Arcanum council member has tendered her resignation, and her replacement was quickly appointed during Tuesday night’s meeting of the Arcanum Village Council.

Former Council Member Vanessa Delk submitted her resignation in a March 20 letter to council, citing only “extenuating circumstances” for her decision to resign. She had served on council since Jan. 1, 2012.

Arcanum Mayor Greg Baumle administered the oath of office to Rick Genovesi following an unanimous vote by council approving his appointment. Council met in executive session to interview Genovesi for Delk’s seat just prior to the vote.