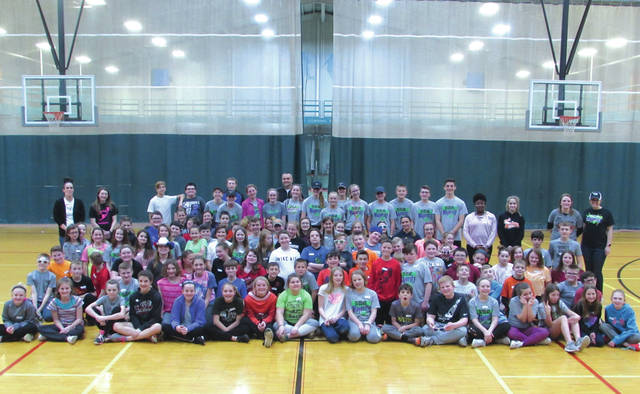 GREENVILLE — Members of the Arcanum-Butler Schools chapter of Darke County We Are the Majority held their second annual Y-Night on Friday evening at the YMCA of Darke County in Greenville.

The event featured pizza, drinks, swimming, basketball, a bounce house and other fun activities and was funded by a grant from the Coalition for a Healthy Darke County.

Arcanum K-8 school counselor Ashley Matheson helped organize the Arcanum-Butler We Are the Majority chapter, as well as Friday night’s event, with her friend Kelly Harrison, a prevention specialist at Recovery and Wellness Centers of Midwest Ohio.

“We have a new crew of students facilitating the event this year,” Harrison said. “In fact, a few current leaders have had siblings as past Majority leaders. This helps show that when someone takes the lead to be a We Are The Majority teen volunteer, younger siblings tend to follow down the same positive path, wanting to share the same message.”

Last year’s Y-Night was a huge hit, Harrison said, prompting this year’s “teen leaders” to keep many of the same activities.

“We do have some new activities this year,” Harrison said. “Such as utilizing the Y’s Wally Ball Room. The students will also begin the night with a short skit about making choices to inspire their peers to think before they act. We truly appreciate the YMCA’s assistance with the program and the funding from Coalition for a Healthy Darke County, which makes the event possible.”

We Are The Majority is an after-school leadership program organized by Recovery and Wellness Centers of Midwest Ohio. The program is open to high school and middle school students throughout the county and encourages young people to live drug, alcohol and tobacco-free lives.

Harrison started the program in 2013. She originally had a group of only five teenagers to work with, but the group’s membership has since expanded into several area schools, starting chapters at Tri-Village, Greenville, Franklin Monroe, Versailles, Ansonia and Mississinawa Valley.

Activities organized by the group previously include after-school study sessions and a “color war” in which members of the Arcanum-Butler and Franklin Monroe chapters pelted each other with water balloons and packets of powdered paint. Greenville City Schools held a mother-son dance in March while Ansonia students held a health fair for second graders and Arcanum students helped organize an assembly on alcohol literacy.

Events planned for the coming month include a Global Day of Service to be held April 12-13, as well as a third annual Majority Awareness Walk through downtown Greenville on April 22.

Any student who is drug and alcohol-free is able to participate in the program, which is based on the We are the Majority Initiative begun by former Ohio Gov. John Kasich. The driving focus of the program is to promote the fact that the majority of students are not abusers of alcohol or illegal drugs.

Those interested in learning more about We Are the Majority, or about resources for battling drug addiction in Darke County, may contact Recovery and Wellness Centers of Midwest Ohio at 937-423-3423. 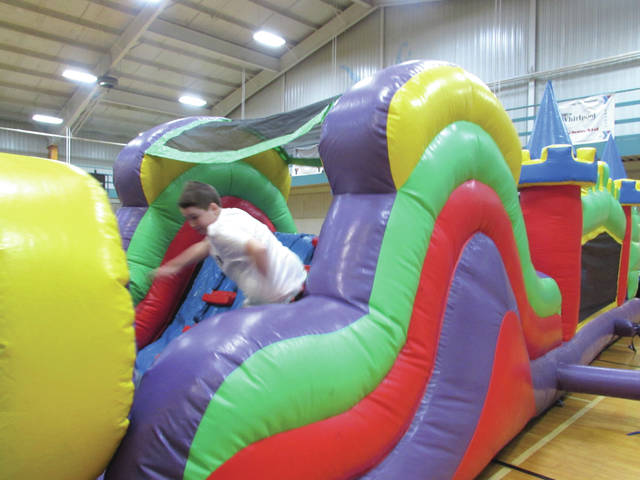