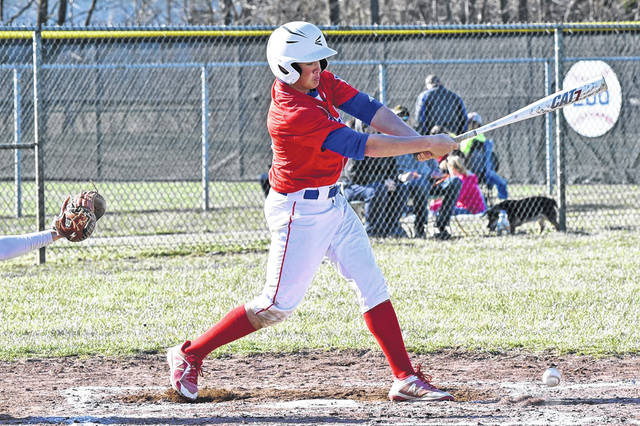 NEW MADISON – The Tri-Village boys baseball team used a big second inning to jump ahead of Bethel and then strong pitching from Dylan Finkbine and Gage Hileman to earn a 4-1 win over the visiting Bethel Bees.

The Patriots put pressure on the Bees when getting on base swiping a number of bases.

TV scored another run in the third aided by another Bethel error. Mason Sullenbarger reached on a single, stole second and third and then scored on a wild throw to third base.

Finkbine was good enough to hold off Bethel throwing a 1-hitter on the night throwing in 6-innings with 5 k’s, 2 bb’s and now runs scored. Hileman in relief got the save throwing in the seventh inning giving up 1 earning run, 1 k and 1 bb.

The Duo in back to back games with Ansonia and Bethel have combined for just 1 hit.

The Patriots also have 9 stolen bases in back to back games with Ansonia and Bethel.

Tri-Village improves to 3-1 on the year and 2-0 in the Cross County Conference. 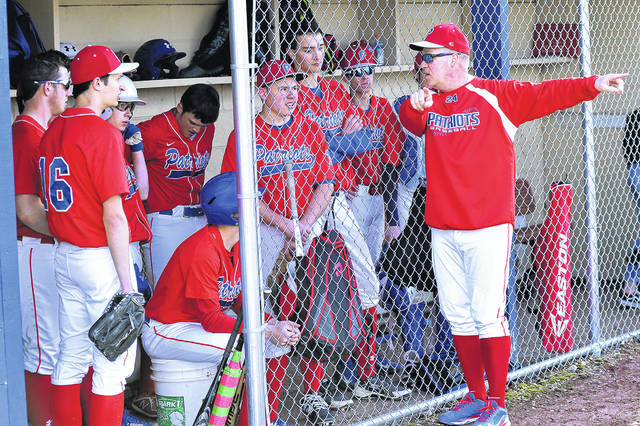 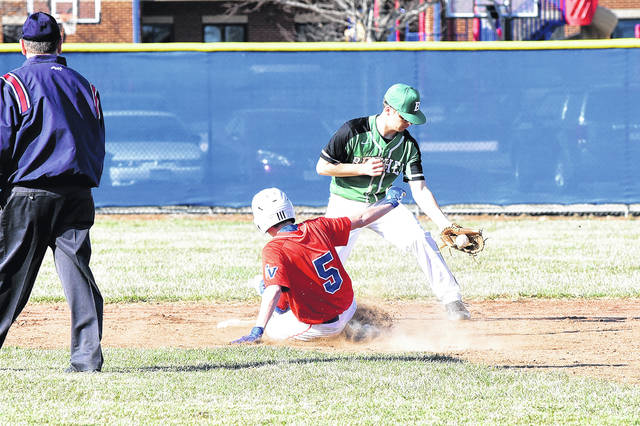