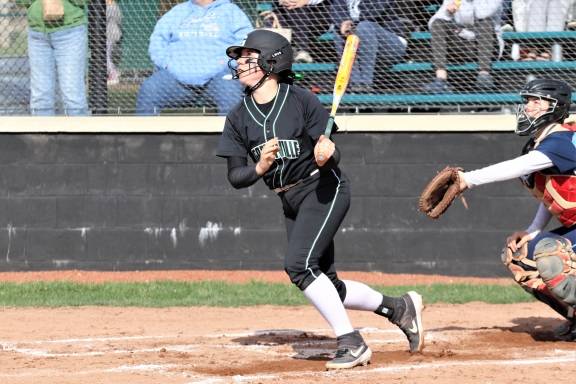 GREENVILLE – The Lady Wave battled back from a 3-0 deficit in Friday night’s GWOC game against the Fairborn Lady Aviators to earn a 16-6 run rule win over the Division I team with Kennedy Fashner driving in six runs on the day for Greenville.

“Just a good day for us,” said Greenville coach Jerrod Newland. “Bottom line is Lady Wave gets a win, moves to 10-1 on the year. A league win. Just excited to get the first 10 because the first 10 is easy. The next 10 will challenge us to get to 20 and that third 10 – once we get to 30 that will be awesome as anything.”

Prior to the game Coach Newland predicted a final score of 16-6 with the Lady Wave on the winning side.

“It’s an offensive game and I just knew they would score some runs – and yes, before I said it would be 16-6. A couple of them said it would be 7-1, 10 to something and I so no, 16-6. It was lining up there and if we would get two it would be. Any given day the ball hops and when we strike the ball like that and make some defensive plays we’ll be tough to beat. I’m just excited where this young team going and it’s a breath of fresh air.”

Down 3-0 before making their first appearance at the plate, the Greenville girls erupted for 10 first inning runs to lead 10-3 with one inning in the book.

Morgan Gilbert led off the bottom of the first for the Lady Wave with a single to center and a walk to Lani Shilt set up a deep home run over the center field fence off the bat of Susi Blocher, the Lady Wave’s freshman first baseman’s first career home run in a varsity uniform tying the score at 3-3 with one down.

“That was neat,” Newland said. “Blocher gets one there in the first. A 3-run homer to tie it up after they get three.”

A Natea Davidson one-out double to center scored on a Haleigh Mayo-Behnken two-out single to left giving the home team a 4-3 advantage.

Three consecutive walks plated a run for Lady Wave and a Shilt bases loaded RBI single made it a 6-3 score bringing Lady Wave sophomore Kennedy Fashner to the plate to drive a deep grand slam home run to straight away center and give the Greenville girls a 10-run first inning to lead 10-3 after one complete.

“Kennedy gets one – hits one over, a grand slam,” stated Newland. “Two big home runs in the first inning. Neither one was wind-aided – each one was into it.”

Gilbert knocked a line drive single to left to open play for the Lady Wave in the bottom of the third, moved to second with a Shilt walk and scored on a RBI Fashner single to right. Shilt scored on a Davidson groundout to third giving Greenville a 12-3 lead after three.

The visitors plated three runs in the top of the fourth to cut Greenville’s lead to 12-6 where the score would stand after four innings of play.

The Lady Wave used a Fashner RBI double to right and a Mayo RBI single to center upping Greenville’s lead to 14-6 after five innings.

Gilbert led off the bottom of the sixth with a single to left, Shilt reached by way of an error setting up a walk-off 2-run single to left off the bat of Nyesha Write to give the Lady Wave a run rule win over Fairborn.

“Today we had to step back a little bit,” Newland said. “Everybody out here a little grumpy and I told them the expectations are crazy because when you run rule a Division I team that has four or five great softball players like every Division I team always has three, four, five, six studs I would love to have.”

“When you run rule them and you escape with a win, its great things and that’s why I love our team,” continued Newland. “That’s why we will play in June because right there is 14 kids disappointed in how we played today and we didn’t even play seven innings. We run ruled somebody by 10, so expectations are high and competitive kids love it.”

The Lady Wave pounded out 13 hits on the day led by Fashner going 3-4 with 6-RBIs and a run scored.

Fashner started for the Lady Wave and encountered control problems early bring Grace Shaffer to the mound to record the win for Greenville allowing seven hits and three runs over 2.1 innings, striking out one and walking one. Caitlin Christman threw 3.0 innings in relief.

“Kennedy (Fashner) was her own worst enemy walking a couple,” noted Newland. “Grace comes in, went through the order twice and Christman came in, pitched great there. Finished it up the last three innings and just proud of all three.”

“It’s going to take all three of these kids before we’re done,” added Newland “They are all a different look and when you have that opportunity that’s what makes it neat coaching.” 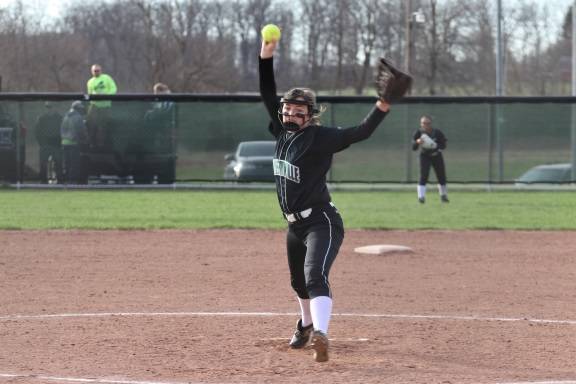 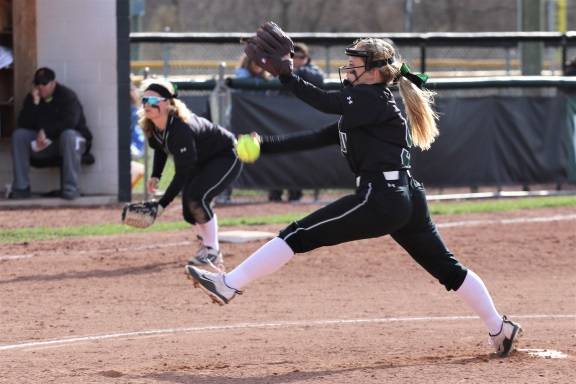 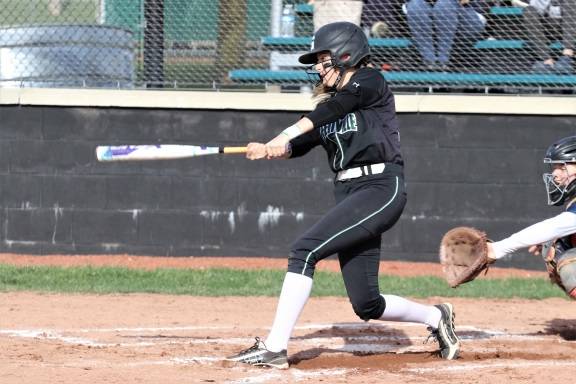 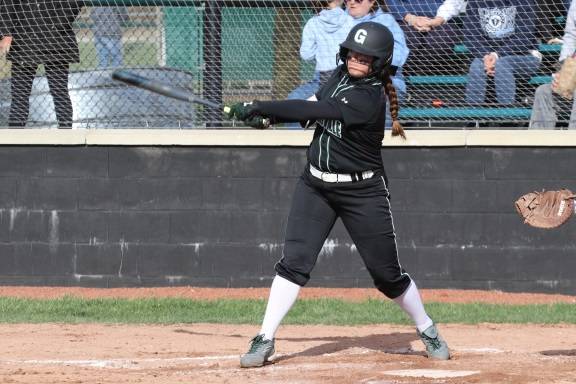 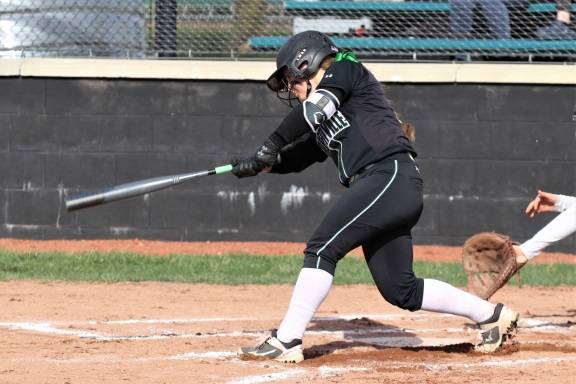