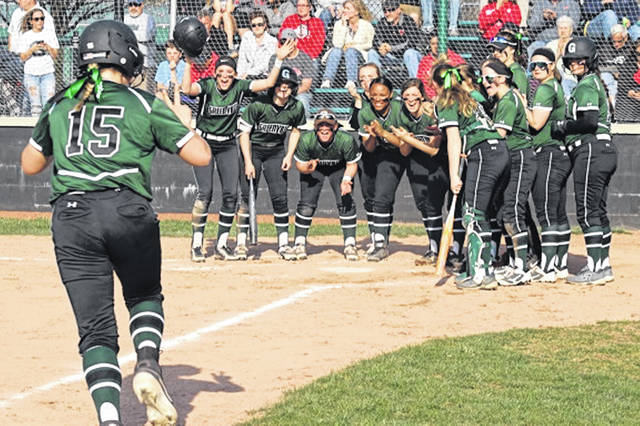 GREENVILLE – The Lady Wave made it a sweep of the Tippecanoe Lady Red Devils with a Tuesday night 11-4 GWOC American North victory on the heels of Monday night’s 9-8 road win at Tipp City.

Both teams came into the two game GWOC series undefeated and with the two games in the book the Lady Wave tightened their hold on the American North with a perfect 9-0 record while Tippecanoe drops to second place in league play with a 6-2 mark.

“Last night we proved that we could hang with them,” Sutton stated. “Tonight I think nerves got with us a little bit. We get here late, we have a hard time getting a bus to get here on time so I think we feel rushed but that’s not an excuse. We just have to get over that. We have to come in more confident and just do our job. We are a very good team.”

“Any day when you go on the road anything can happen – the ball doesn’t know,” Newland said of Monday night’s win. “Second day game and they thought they were going to come in with their great record and everything and we just like to put teams behind. We put them behind and just moving on to the goal with the last GWOC title once again.”

Piqua holds down the third place spot with a 5-3 conference record, Butler comes in fourth at 4-4, Sidney fifth at 4-5 while Troy comes in sixth with a 3-4 league mark.

The Lady Wave opened the bottom of the first inning with four consecutive singles from Morgan Gilbert, Susi Blocher, Lani Shilt and a two runs single off the bat of Kennedy Fashner to give Greenville a 2-0 lead.

A Tipp error on Haleigh Mayo’s infield grounder plated the third run of the inning to give the Lady Wave a 3-0 advantage after one complete.

The Lady Red Devils stranded two second inning singles with Haleigh Mayo-Behnken’s catch of a Tipp popup to second bringing GHS to the plate for their big inning of the night in the bottom of the second.

Greenville’s speedy shortstop, Morgan Gilbert legged out her second infield single of the night to get the Lady Wave rolling in the second. Blocher reached first by way of a hit batsman followed by a RBI single to center from Shilt and a 4-0 GHS lead.

Mayo-Behnken made it a 6-0 game with two run single to center and a Courtney Bryson RBI single upped the Lady Wave lead to 7-0. Grace Shaffer drove in two runs with a single to right giving Greenville a 9-0 lead after two innings of play.

The Lady Wave made it a 10-0 game in the bottom of the third with Susi Blocher drilling a leadoff solo homerun deep over the right field fence.

Tippecanoe broke into the scoring column with RBI singles off the bat of Kaela May and a Emma Miller RBI to trail Greenville 10-2 after four and made it a 10-3 game in the top of the fifth with a Kaitlyn Husic RBI.

The Lady Wave used a sixth inning Bryson single and a Blocher RBI fielder’s choice to close out scoring on the night and keep the Lady Wave perfect in Greater Western Ohio Conference play.

“It’s going to be a grind,” Newland said of the remainder of the season. “We still have some good matchups coming up but anytime you can put teams behind you it’s awesome and today to put Tipp behind us – two in a row and just nice especially when you score 20 runs in two ballgames against them –that’s what I kind of like.’

“We wanted to win – we at least wanted to split with them,” said Sutton. “We thought we had a shot to at least tie them for the GWOC North, but we are playing good teams and it is getting us better for that second season (tournament play).”

Fashner started on the mound for the Lady Wave throwing 4.2 innings allowing five hits, two runs while striking out one and walking one.

Greenville freshman first baseman Susi Blocher led Greenville at the plate going 3-4 with a home run, 2-RBIs and 3-runs scored. Shilt went 3-5 with a RBI and 2-runs and Mayo-Behnken went 2-4 with 2-RBIs and a run.

The Lady Wave improve to 13-1 while Tippecanoe drops to 11-4 on the season. 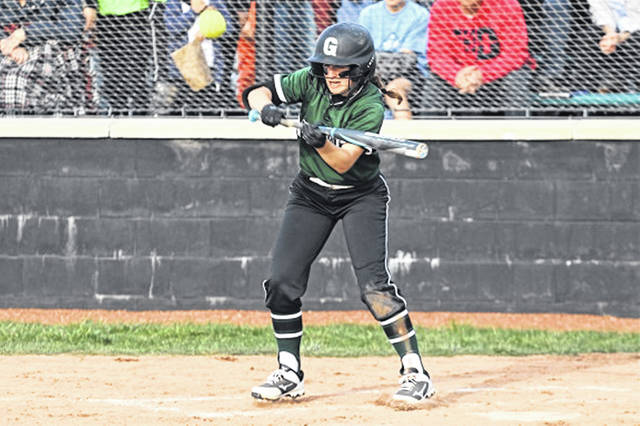 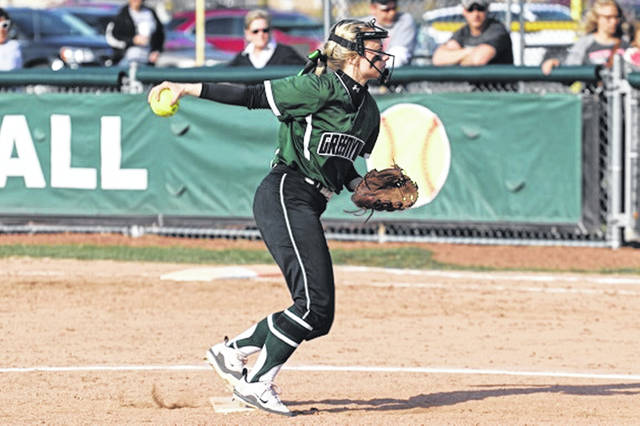 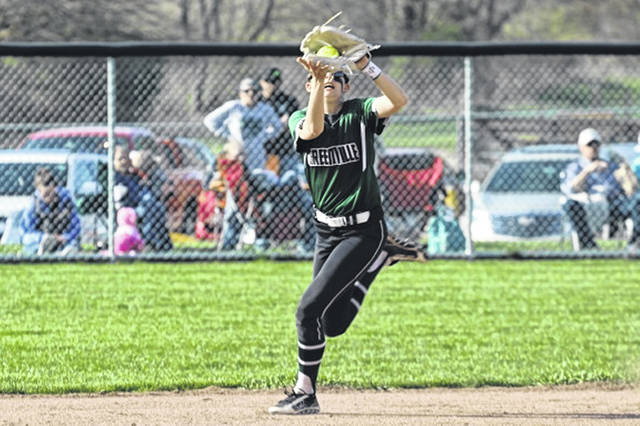 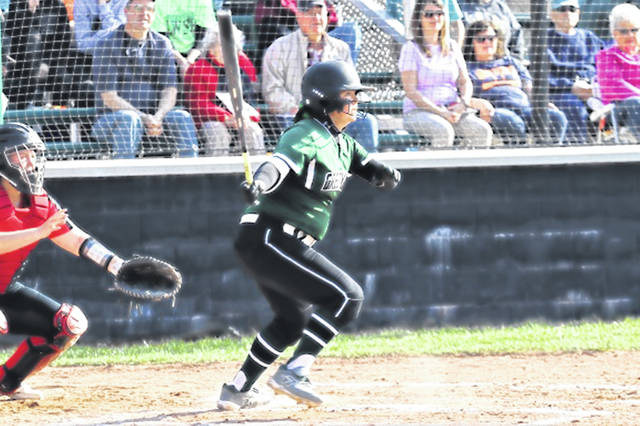 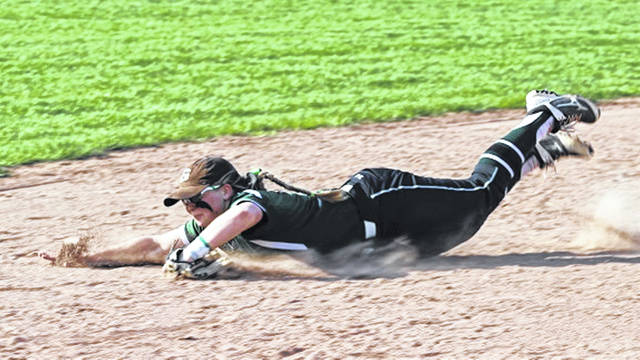