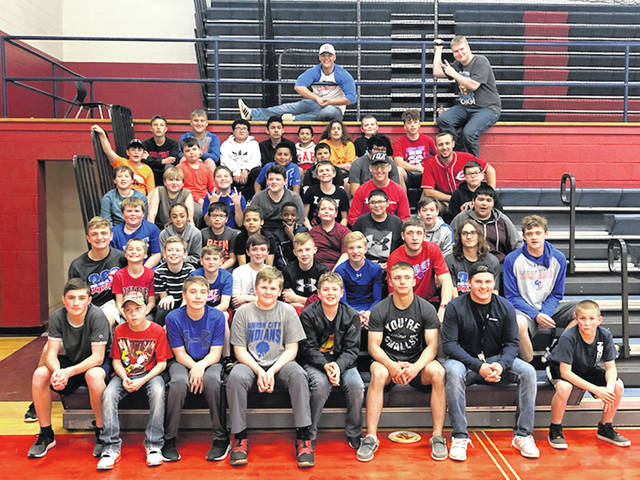 UNION CITY – On April 26, Union City Indians Football hosted its first ever junior high lock-in. High school coaches and players were joined by 5th-7th grade future Indian football players. This event was planned and carried out to help boost the numbers at the junior high level.

The evening started with a meet and greet with snacks. This led into the other events of the night. The players were able to eat dinner together and enjoyed their time playing Madden, arena football, corn hole and ping pong. The night was capped off by watching a highlight film of Indians football and watching the movie “Facing the Giants.” This night was made possible by the UC Fire Department, UC Police Department, Randolph Eastern School Corporation, Indian coaches and parents.

Coach Maloy said, “What a great event. We are doing our best to improve the numbers at all levels of football in Union City. This was a big step towards that. We have taken the philosophy this year of coaching the mind, body and soul. We were able to do that tonight. We had a great time. Thanks to everyone that helped.”