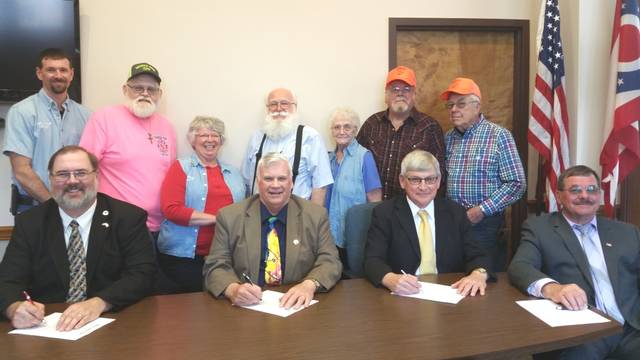 DARKE COUNTY – Darke County Fairgrounds will again be the site of the Greenville Farm Power of the Past, July 11-14. The event is celebrating its 20th anniversary.

Also on Sunday, a car show and cruise-in is planned.

On Wednesday, May 1, Greenville Mayor Steve Willman and Darke County Commissioners Matt Aultman, Mike Rhoades and Mike Stegall hosted several members of Greenville Power of the Past, to sign a proclamation declaring July 11-14 as the official dates for the 20th anniversary of the event.