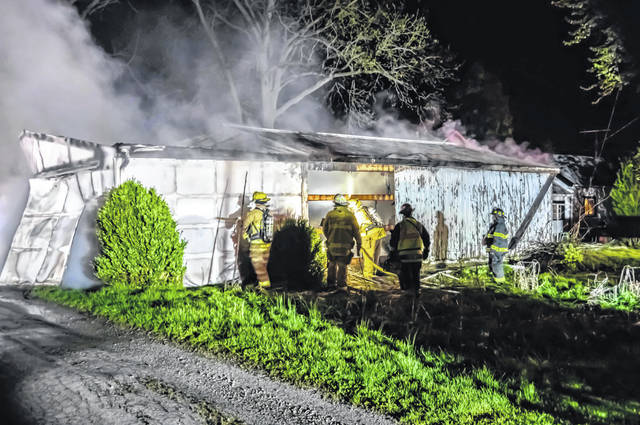 HOLLANSBURG – A two-car garage and a nearby vehicle were lost Friday to an early morning fire in Hollansburg.

At approximately 2:12 a.m., emergency personnel From Hollansburg, Liberty Township, and New Madison Fire Departments, as well as Tri-Village Rescue and deputies from the Darke County Sheriff’s Office, were dispatched to 123 Liberty Street in Hollansburg in regards to a fully involved garage fire.

According to Kevin Frech, Assistant Fire Chief for the Hollansburg Fire Department, arriving crews found heavy smoke and flames coming from a detached garage, located on the corner of Deford Lane and Pease Drive, behind the residence of 123 Liberty St. Crews were able to quickly contain the blaze and knock the fire down preventing it from spreading to nearby structures.

“The wind really helped us this morning,” commented Assistant Chief Frech. “If it had been blowing from any other direction the fire would have spread to the nearby structures.”

The cause and origin of the fire are unknown at this time however the investigation into the incident has authorities believing the fire to be suspicious in nature.

The fire will remain under investigation by the Hollansburg Fire Department. 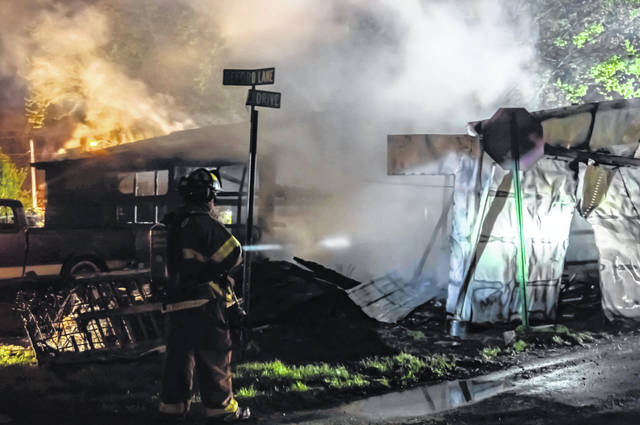