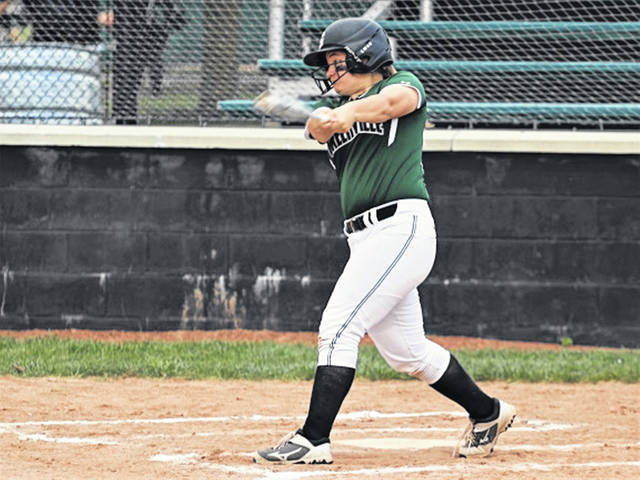 GREENVILLE – The Lady Wave won the opening round of the OHSAA Division II softball tournament with Grace Shaffer and Caitlin Christman combining for a perfect game to defeat the Dunbar Lady Wolverines Tuesday night by a 12-0 run rule score.

“Great day for Lady Wave Softball,” said veteran Greenville coach Jerrod Newland. “Opened the tournament season against with step one of an eight step ladder and a six step ladder to get there.”

Coach Newland gave most of his starters the night off and used the ‘runner leaving the base too soon’ early and often to keep the game respectable against the Dayton school.

“Every game counts and we respected the game here today,” Newland noted. “A great day for the program, a lot of kids playing and having fun. Just a great atmosphere here at the ballpark.”

The Lady Wave plated a pair of runs in the bottom of the first with Saige Fellers getting single, Keirah Bevins driving in the first run of the night with a single to left and Grace Shaffer picking up an RBI by way of a fielder’s choice.

The Greenville girls put the game away in the bottom of the second scoring seven runs starting with an Emalee Bowling walk, Hannah Gartenman reaching by way of a Dunbar error and a Caitlin Christman single to left loading the bases.

Beavins drilled a three run double to left to make it a 6-0 game with no outs in the inning. Shaffer picked up a two out single to right, Shyanne Slade walked setting up a Bowling bases loaded knock to left played for an error clearing the bases to give the Lady Wave 9-0 advantage after two complete.

Gartenman singled to center to open the bottom of the third, an infield error had Christman reaching first followed by an S. Fellers RBI single to center.

A ‘leaving to early on the base paths’ and a Beavins run scoring single to left and a ‘leaving the base too early’ had the Lady Wave taking an 11-0 lead to the fourth inning.

Zoe Pressnall led off the bottom of the fourth with a double to center and raced home with the final run of the night with Bowling reaching by way of an error to send the Lady Wave third baseman home.

Grace Shaffer earned the win for the Lady Wave throwing 3.0 innings of perfect ball while striking out eight of nine batters.

Caitlin Christman pitched 2.0 innings of perfect ball striking out all six batters she faced to earn the save.

A slow roller just inches inside the first base foul line proved to be the only ball put in play by Dunbar with Shaffer fielding the ball halfway be home and first and tagging the runner for the out.

“Just proud of the kids and first step on the ladder,” Coach Newland said of the win. “Tomorrow you just move on the bracket no matter who you get and proud of the kids and ready for the journey here the next month and see where it takes us because I know where we want to go it’s not Akron or bust – it’s just Akron.”

Lady Wave freshman Keira Beavins led the Lady Wave going 3-3 at the plate including a double, 5-RBIs and a run scored.

Zoe Pressnall went 1-2 with a double and a walk and drove in 2-runs. Grace Shaffer was 1-2 with a RBI, Hannah Gartenman was 1-3 with 2-runs scored, Caitlin Christman 1-2 with a run and Sheyenne Slade had a walk and a run scored.

The Lady Wave played error free ball while the Lady Wolverines were saddled with eight error on the night. Greenville cranked out 11 hits in four innings at the plate.

With the majority of the starters taking the night off, Coach Newland put the team through a late afternoon workout prior to the Tuesday night game.

“We had some fun from 3-5,” Newland stated. “Great hour of workout today. Wish we would have had a chance to do a little more.”

“Lady Wave Stadium hoppin’ – the tournament opener both junior high teams getting neat wins to move on to the final four of their tournaments tomorrow (Wednesday) down at West Carrollton,” added Newland. “Just good for the kids, come out here and play and smile.”

With the win Greenville improves to 21-3 on the season and advances in tournament action to take on Dayton Belmont, Thursday, May 9 at Lady Wave Stadium with a 5 p.m. start time. 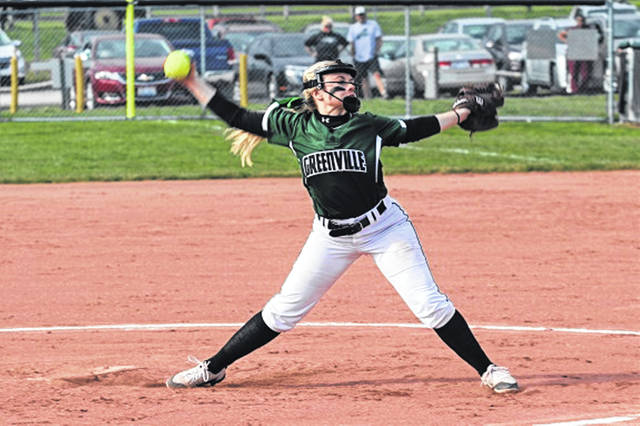 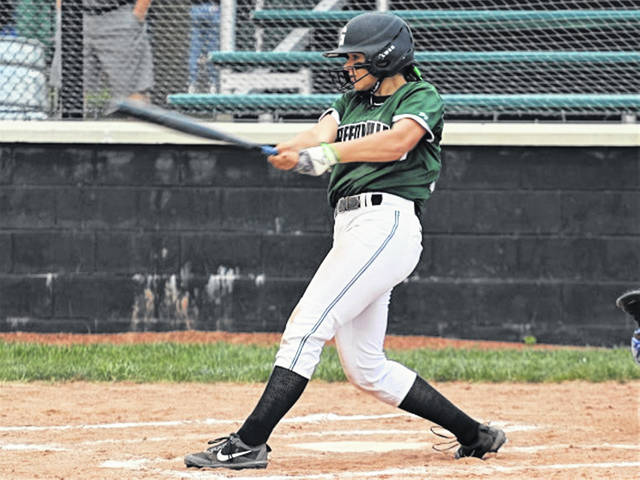 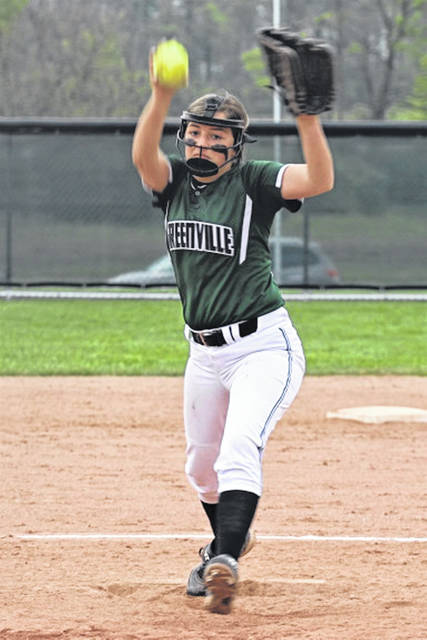 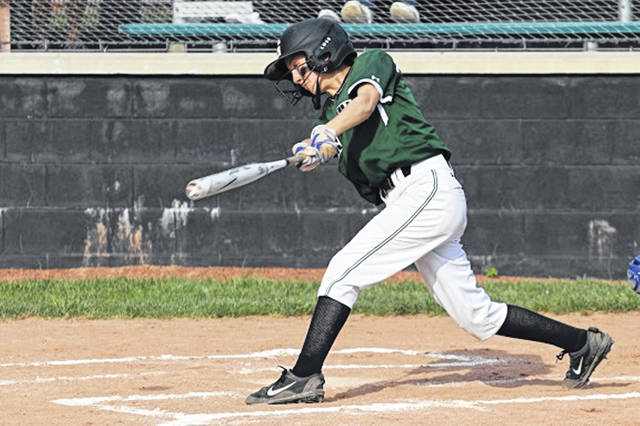 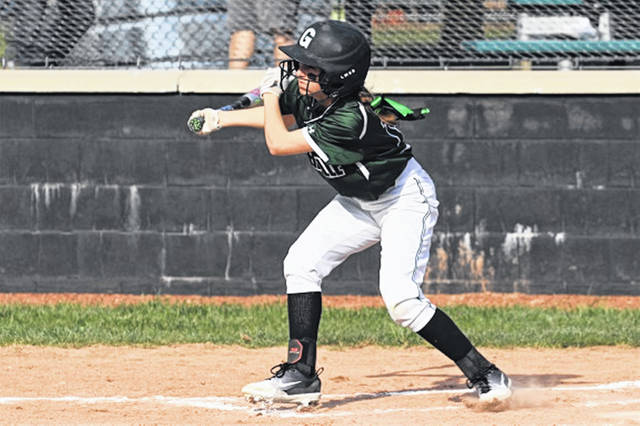 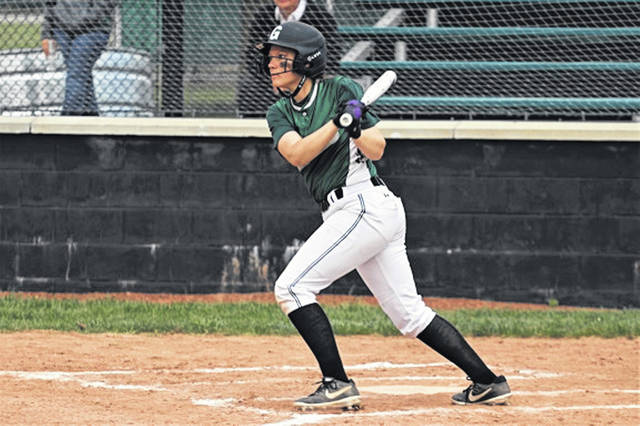 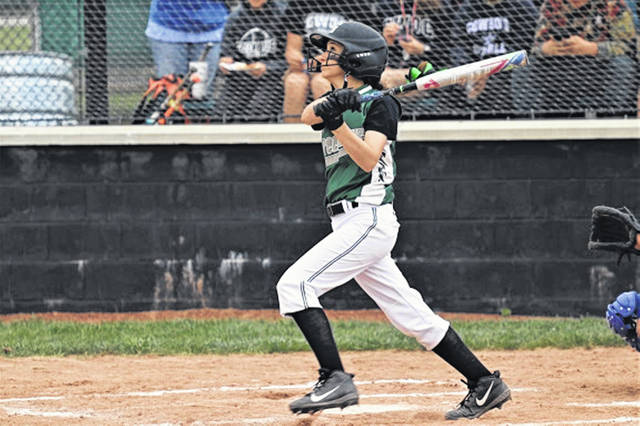 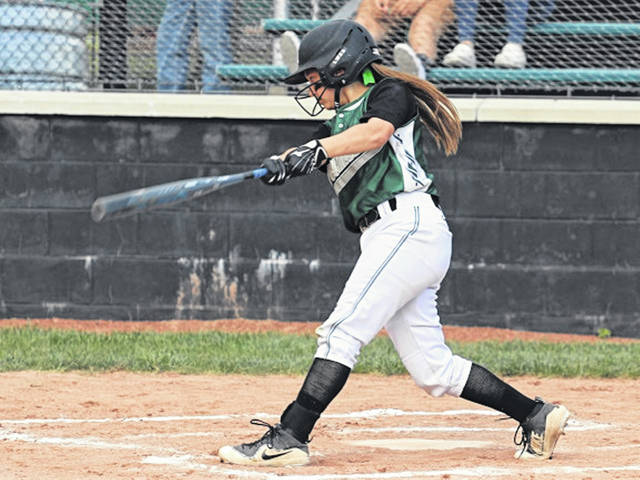