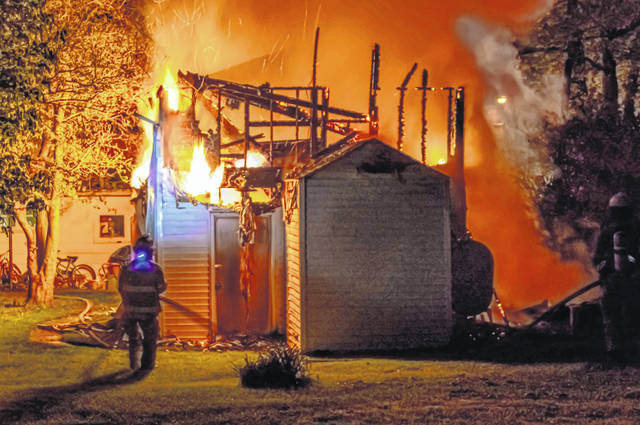 UNION CITY, OH — A family was awakened by authorities early Wednesday morning, as a detached garage within feet of their home burned.

At approximately 2:52 a.m., emergency personnel from Union City Ohio Fire and Rescue as well as mutual aid companies from Liberty Township and Union City Indiana Fire Departments along with officers from the Union City Police Department and deputies from the Darke County Sheriff’s Office responded to 220 East Caroline St. in Union City, Ohio in regards to a working garage fire. Arriving crews found heavy smoke and flames coming from a detached garage within close proximity of the residence. According to Assistant Fire Chief Miller of the Union City Ohio Fire Department, the fire is believed to have started at the rear of the detached garage in a built-on addition.

“I’m still not sure what is going on here,” said Mike Hall, who resides on the property with his wife and family. “I was asleep in bed when they woke all of us up and told us the garage was on fire. I looked outside and all I could see was smoke and fire. As close as the garage is to the house, we’re lucky it didn’t spread to it,” We’re lucky no one was hurt.”

Hall said the garage was divided into two parts with the main section being in the front and the addition to the rear. The addition was being utilized by the owner of the property while Hall and his family used the main section for storage of their personal belongings.

“We had a lot of our personal stuff stored in there along with a riding lawn mower a welder and some tools. I think from the looks of it it’s all been destroyed,” he said.

The cause and nature of the fire are unknown at this time and the fire will remain under investigation by the Union City Fire Department. 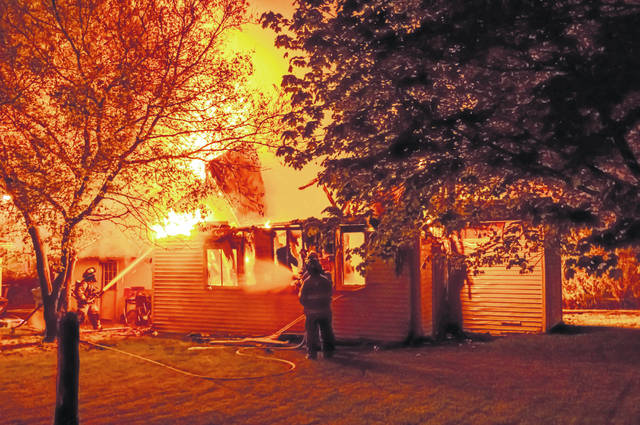