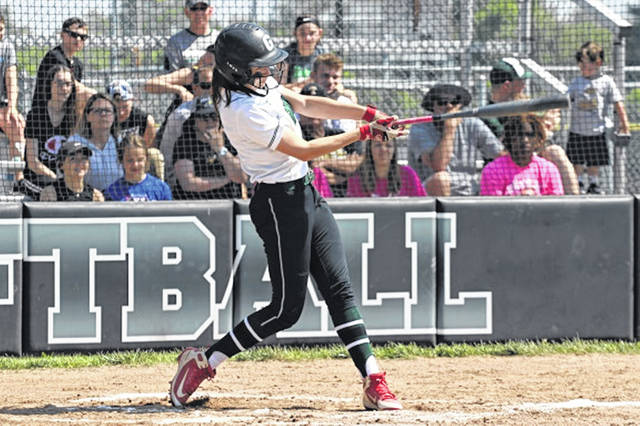 LIBERTY TOWNSHIP – The Greenville Lady Wave defeated the Cleves Taylor Lady Yellow Jackets 2-0 to earn their 12th District Championship in the past 13 years handing Greenville veteran Hall of Fame coach Jerrod Newland his 449th career win at the helm of the Lady Wave.

“They were 24-3…25 and whatever,” Newland said of Taylor. “They are a good ball club and great pitcher. She mowed half of us down and we left a lot on base, but bottom line – Lady Wave softball a 2-zip win, escape and move on. It’s crazy – gold for that many straight.”

The Lady Wave took the field performing like a veteran squad while dressing but one senior – No. 4 Lani Shilt.

Grace Shaffer went the distance on the mound tossing a pitching duel shutout, striking out nine Lady Jackets while Greenville would strikeout 12 times on the day.

The Lady Wave plated the game’s only runs in the bottom of the second with Haleigh Mayo-Behnken coaxing a one out walk, Chloe Sowry reaching first by way of a hit batsman and Nyesha Wright loading the bases with an infield bunt single slowly rolling third, stopping just fractions of an inch from the chalk line with Wright already standing on first.

Coach Newland wasted no time going to pinch hitter Baylee Petry early in the game to drill a two run single to left giving the Lady Wave a 2-0 lead that would hold up for the final score of the championship game.

“How many coaches pinch hit for somebody the first time they bat – first time through the order,” said Newland. “Just how we do it this year. Baylee Petry, an All-State player as a freshman comes though labrum injury, getting back swinging the bat and no hesitation.”

“Grace comes up, two on, not a hesitation in the book because Baylee knows she’s going to bat once or twice a game and she stepped right up there,” added Newland. “Coming off her injury, been back now exactly one month, exactly 30 days because she got released 4-18. She’s been back 30 days working her game, getting back, and bam – steps up and scores two runs – game winning hit.”

The Lady Jackets went down in order in both the first and second innings and picked up their first of two hits in the third only to have Lady Wave catcher Chloe Sowry cut down an advancing runner to third with shortstop Morgan Gilbert moving over to get the tag down and set the visiting team on the board down 1-2-3.

Shaffer would follow with setting the Taylor girls down in order in the fourth and fifth innings before giving up the second hit of the night, a two out sixth inning double and striking out the next hitter to keep the shutout intact.

We leave a few on there in the second third and fourth and just can’t bust through but when Grace throws like that – effective,” Newland said. “They had two baserunners and we threw one out at third and the other got stranded. To go through 22 batters in seven innings – when you do that great things are happening and hats off to her and Chloe Sowry (catcher) today.”

A Lady Yellow Jackets popup to Mayo-Behnken at second, a popup to Gilbert at shortstop had Taylor down to their last out with Shaffer throwing her ninth strikeout of the game to give the Lady Wave a 2-0 diamond gem while wearing “Gold” on the 79 mile bus ride back to Greenville.

Baylee Petry paced the Lady Wave at the plate making the most of one pinch hit appearance going 1-1 with 2-RBIs.

Lani Shilt and Morgan Gilbert went 2-4, both with a single and a double. Nyesha Wright accounted for the Lady Wave’s sixth hit of the day, a single in Greenville’s run scoring second inning.

“I’m just so proud of the kids,” concluded Coach Newland. “What an atmosphere today.”

The Greenville Lady Wave join the Sweet Sixteen and take on Hebron Lakewood, Wednesday, May 22 at Mason High School with a 2 p.m. start time. 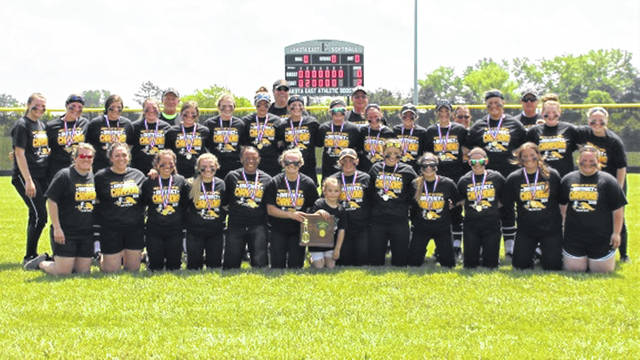 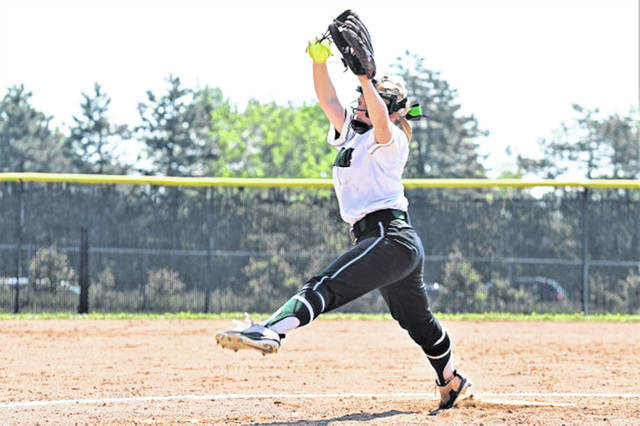 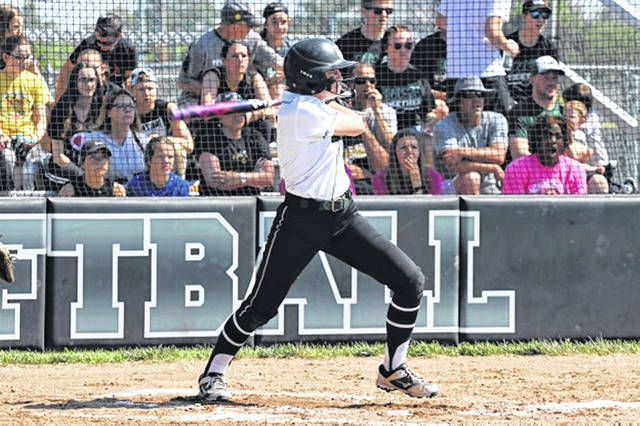 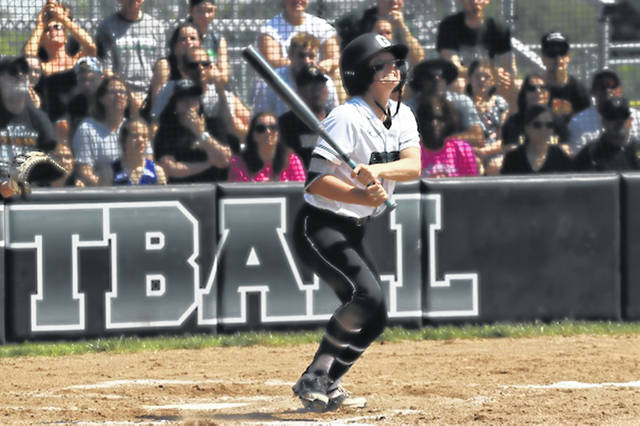 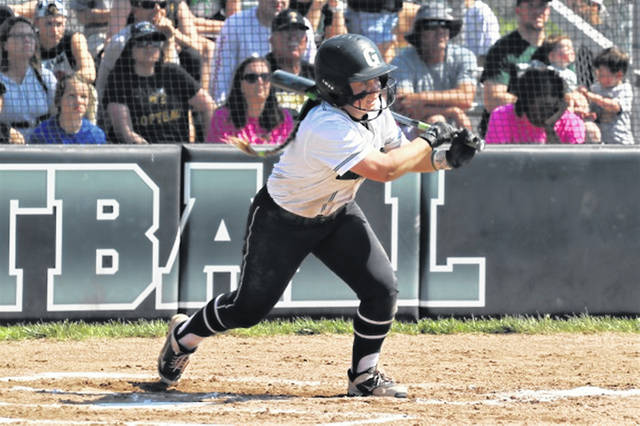 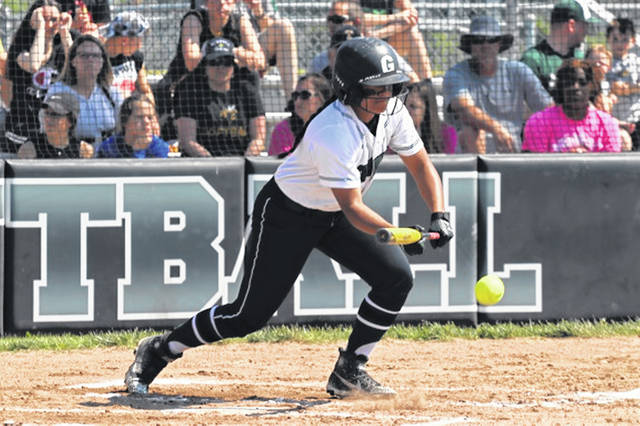 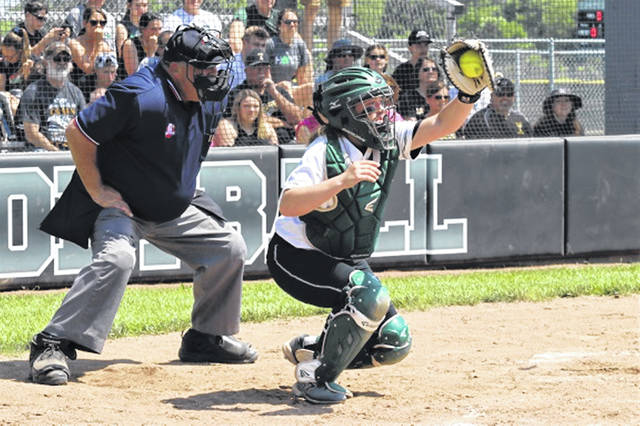 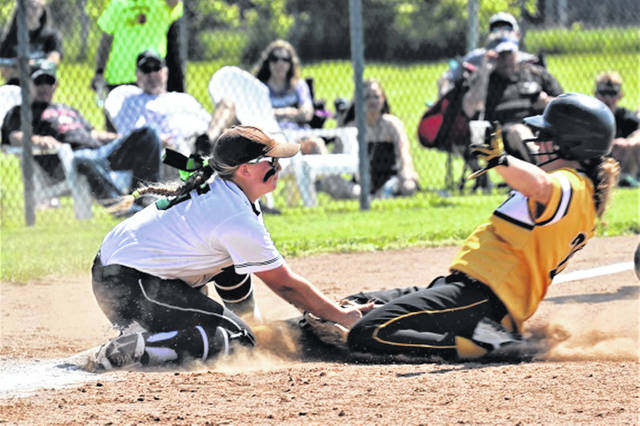 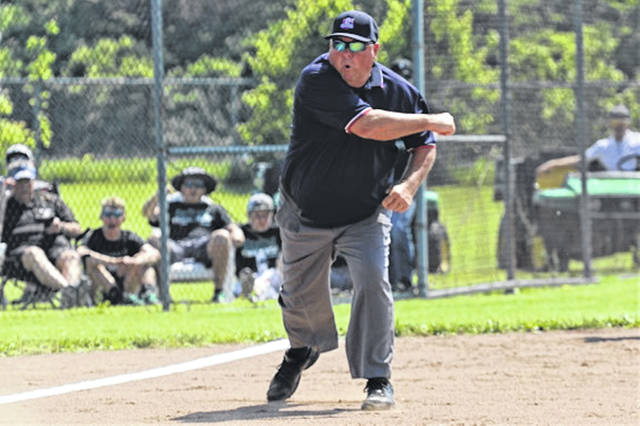 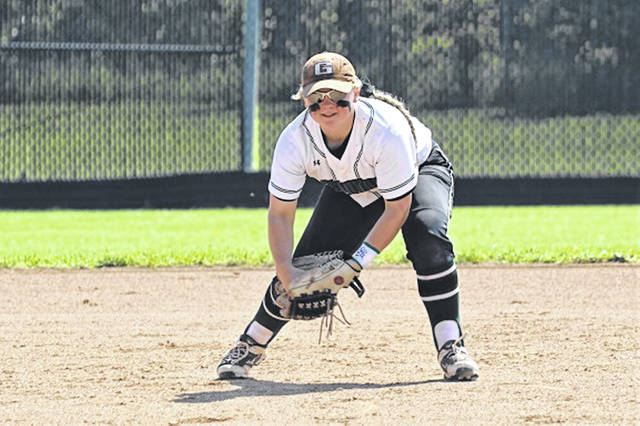 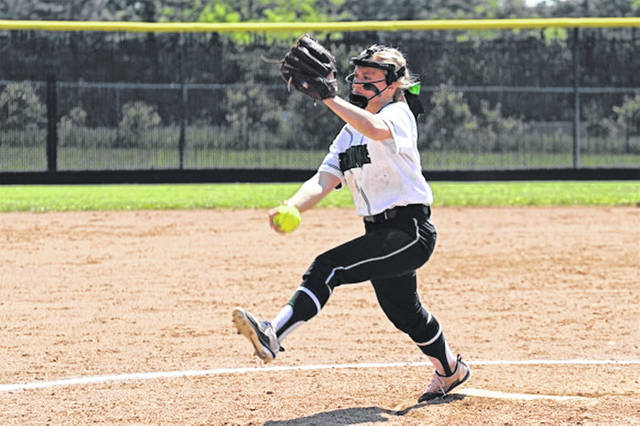 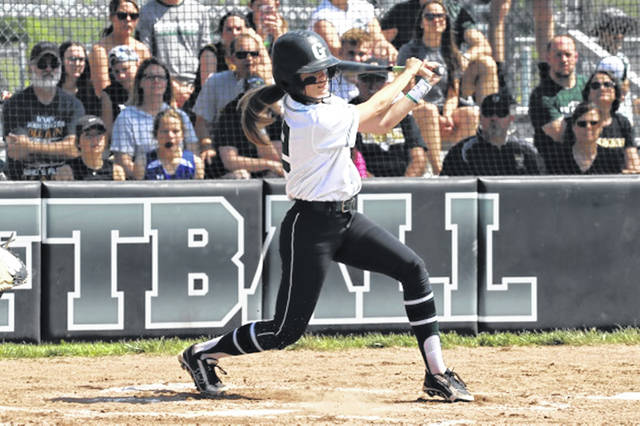