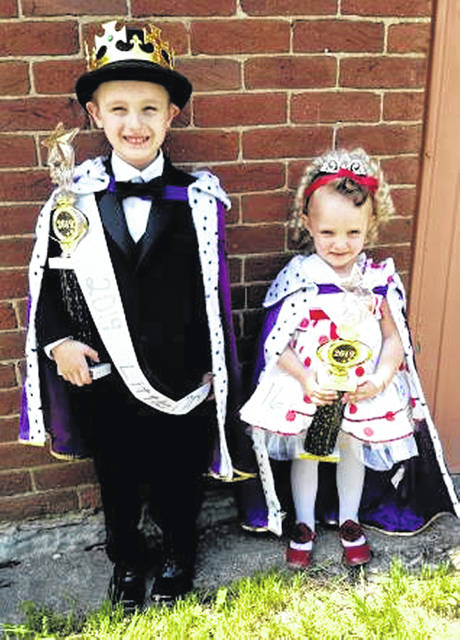 Earning the title of Little Miss Yesteryear was Evie Lynn Miller, 4, who competed as Shirley Temple.

During her interview, Miller said her favorite food was hotdogs, with her favorite ice cream flavor as “plain white.”

Miller, a student at Anthony Wayne Preschool, said her favorite color is pink and she hopes to be a princess when she grows up. Her favorite princess, she said was Cinderella.

Dressed in a tuxedo and top hat, Tegtmeyer said his favorite food was a grilled cheese sandwich. His favorite color is green and he plans to be a firefighter, police officer and a superhero when he grows up “cause they can fly.” His favorite superhero is Superman.

When asked what his favorite color of tractors were, he promptly answered “red tractors – and trains.”

Prior to his photo being taken, Tegtmeyer placed his new Little Mister Yesteryear crown on top of his top hat and pronounced “I’m a king.” 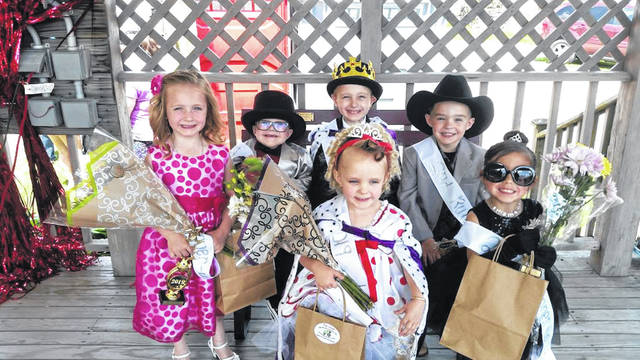