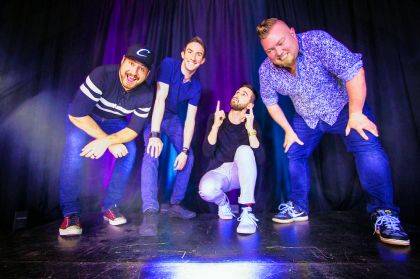 VERSAILLES – A festival theme of Rock -N- Roll All Night & Poultry Every Day requires great music and large quantities of poultry. This year offers a new mix of musical styles, bands, festival favorites and local talent. The Poultry Days Board is proud to announce the Social Tent entertainment for June 14-16.

Northwest, Ohio party rock veterans Brother Believe Me make their Poultry Days debut on Friday, 8-11:30 p.m. Featuring a high energy and crowd-interactive stage show, this is one band you don’t miss. Billing themselves as playing “everything but country,” their song selections run the gamut from Bruno Mars to Tom Petty to Metallica to Imagine Dragons, and everything in between. They have been playing the Northwest and Central Ohio festival circuit for over 11 years, and have collectively opened for Velvet Revolver, Sevendust, Staind, and Three Days Grace. Opening for Brother Believe Me on Friday, 3:30-5:00 p.m., is The DeMange Brothers. Tyler and Mason DeMange, both Versailles natives, are no strangers to performing at Poultry Days as they’ve played in various bands over the years.

Popular Saw Creek will be back for Saturday, 7:30-11:30 p.m. The band is led by experienced musician Steve Rosenbeck, along with his son Zach and two nephews. This country music band specializes in Classic and Top 40 Country music by the likes of Jason Aldean, Luke Bryan, Florida Georgia Line, Kenney Chesney and many more. They have played in Nashville, Toby Keith’s bar and grill, and have opened for artists Dylan Scott and Clark Manson.

Entertainment will start Saturday, immediately following the 11 a.m. Grand Parade with two new acts. Double Shotz opens the entertainment at 12:30 p.m. The up and coming acoustic duo Isaiah Hein and Justin Kemper from Chickasaw play a variety of tunes from early 60’s to today’s hits. Kaitlyn Schmit & The Move take the stage 4-7 p.m. Just a couple dudes and chick that like to party and rock your faces off. This band hails from Northwest Ohio and is led by a versatile and dynamic female lead and deliver a powerful show. The Move plays a wide variety of music ranging from today’s hits, country, pop rock and everything in between.

Sunday Funday will open with Jason Rhoads at 1 p.m. His shows are unpredictable, fun, and full of shenanigans. Come join the fun. Next the legend called 8-Ball expects to step things up from their last spectacular festival performance. A Versailles-based band that started out with Classic Rock and “Big Hair Band” rock. They soon expanded into popular grunge music other bands would not attempt to play. Today, 8-Ball plays grunge, new rock, and older rock with a new dated sound. A dynamic lead singer and powerful guitar backed by inspiring drums and bass, they have recently opened for Scott Stapp and Cinderella. Don’t miss this rare opportunity so we one of the area’s best bands 4:00-6:30.

Back to Chicken City for the second year, Tricky Dick & The Cover-Ups are a top-tier cover band that will bring Sunday night under the Social Tent to another level. Based in Cleveland, they have performed for thousands of audiences over 10 years. This band has one mission: to make sure everyone has as much fun as possible. An ever-growing song list that is updated weekly ensures that fans never see the same show twice. Members of the band rotate instruments and lead vocals, allowing for a fresh and exciting mix every single time they play. Tricky Dick performs a huge variety of songs back-to-back for a non-stop, high energy party 7-10:30 p.m. 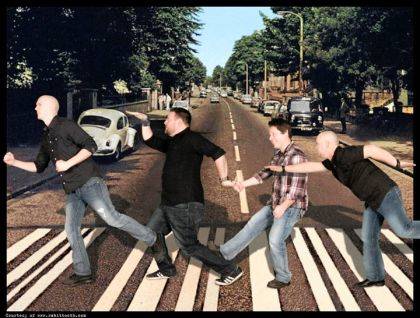