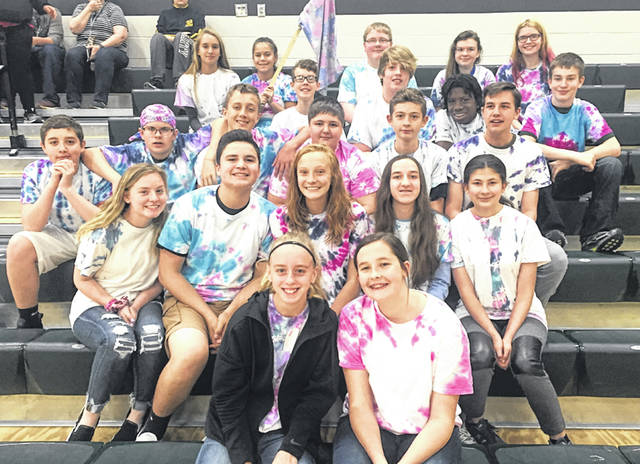 GREENVILLE — At the start of the 2018-2019 school year, Greenville Middle School staff chose the theme “Be Kind” as the school-wide positive behavior focus.

Students were reminded to treat each other with respect and to be a source of support for one another.

Additionally, in March, students were gathered in the gym to listen to Gian Paul Gonzalez.

Gonzalez is a motivational speaker who worked with the New York Giants the year that they won the Super Bowl. He brought his message of “All In” to students at Greenville Middle School, encouraging them to give their “all” to what is most passionate to them.

To end the school year on a positive note, the Greenville Middle School PBIS (Positive Behavior) team supported the school-wide themes of Be Kind and All In as their choice of 4th quarter rewards for students. They chose two incentives to encourage students to make good choices. The first incentive was attendance based and was built around the Ohio AIR tests.

In keeping with Gonzalez’s theme, students were asked to show that they were All In for testing by attending school on the six testing days and putting forth their best effort. Students who had only one excused day of absence attended a dance on the last day of school. Those who were in attendance during all six days earned the dance and ice cream.

The winning class for each grade level then went on to compete for the school-wide championship. The bragging rights went to Mrs. Heiser’s WAVE class.