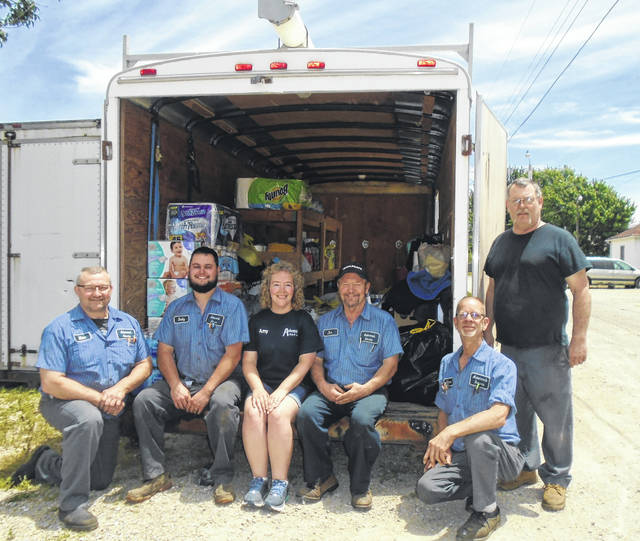 Amy Stump, daughter of the Union City business owner Jan Aukerman, spearheaded the drive to collect these items and even met with the food pantry director, Kathy, earlier in the week to see what was needed.

“We were in tears over the phone,” Stump said. “She was amazed at the generosity of our town and everyone else who has been helping. She was going to get students from their local high school to meet us to unload the trailer.”

This was after Stump called around the different areas affected by the storm to see who needed what.

“I was calling around places to see where there was a need, and some were full and not accepting anymore because of running out of room,” Stump said. “Then, Kathy called me, and said they would disburse it where needed.”

Shockney Electric of Union City, owned by Stump’s father-in-law Mike Stump, donated the use of its 18-foot truck to haul the items down there, and the mechanical crew from Aukerman’s loaded up the supplies.

The drive for these items started the previous Friday and ended at 5 p.m. this past Friday.

How did they get the message out?

“I put it on our shop’s (Aukerman’s) Facebook page and advertised by word of mouth last Friday, and we started getting donations that afternoon.” Stump said. “Paul Hartzell, a local citizen, put it on the radio every day this week. I didn’t dream it would be this much.”

Amy and her husband, Jason, delivered the good at 9 a.m. Saturday.

She also noted that the money that was donated to them would be given to the food pantry as well.

Amy was happy with the turnout.

“Many thanks for all the donations for the tornado relief,” she said. “Everyone was generous. This will benefit so many. You never know, someday we may be in great need and have to rely on the generosity of other people. It (the storm) could have been us and not them. We have big hearts in this community.” 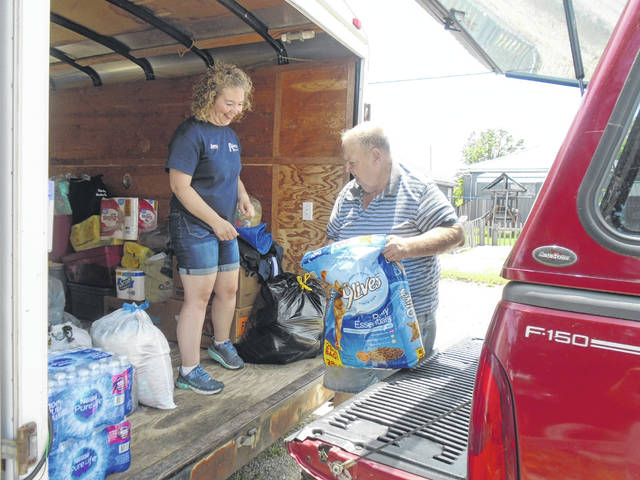