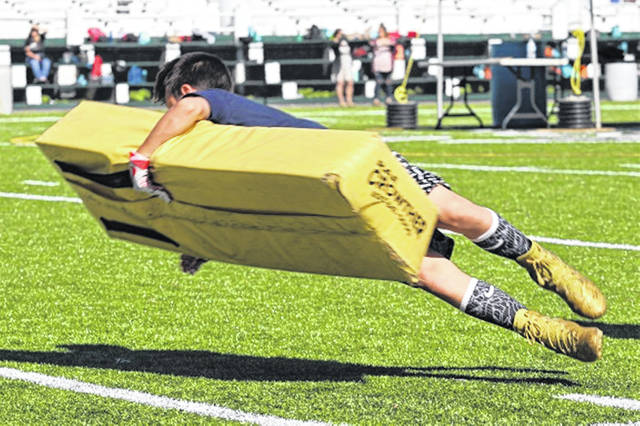 GREENVILLE – The 26th annual Matt Light All-Conference Football Camp concluded its two day free camp under the direction of Aaron Shaffer with over 250 campers from Greenville and the surrounding area in attendance at Harmon Field.

“It’s incredible to be back, ushering in a different feel to this year’s camp,” said Light. “Giving the fact that after 25 years, Larry (Masters) retired and for me it’s an honor to have Coach Shaffer who was a teammate of mine when I played here at Greenville, the Athletic Director – the guy that is completely invested in this community to take the reins of this camp.”

Shaffer took accepted the responsibility of managing the camp following the 2018 season from Coach Masters.

“Our goal is to build on what Coach Masters had built over 25 years,” Shaffer stated. “He started a great thing. You don’t have to fix it if it isn’t broken so definitely Coach Masters did a fine job with this camp. We look forward to growing it and adding participants. Maybe someday we expand into two sessions a day. We’re just excited to be able to carry on what Coach Masters started.”

“It was a chance for us to incorporate all the things we did in our program in years past in a creative way that hopefully they will use year around,” Light said. “A lot of great information whether it’s techniques and coaching tips to things that are upcoming in the community, and all of our sponsors that make this thing possible – this is a free football camp with over 250 kids at it and we are really proud to offer this here in Greenville.”

“We added a lot of new things that I think the kids are going to find exciting,” added Light. “Our focus this year is all about having fun through teaching techniques.”

“We have 253 kids registered,” noted Shaffer. “It’s a great camp for kids in the Greenville, Darke County – even out into the Dayton area to come out and work with high school coaches that give their time for two days to teach kids the game that we love. Give them some opportunities to get out on a field and learn some football techniques.”

“This is a fantastic turnout,” said Dusty Yingst, Executive director of the Light Foundation. “It’s the most kids that I’ve seen here in the five years that I have been around the camp. We have over 250 kids registered for this camp. We have 20-plus school districts in the area represented.”

“We have coaches from just about every Darke County school,” said Shaffer. “We have coaches from Preble Shawnee, Alter, Miami East, Beavercreek and the Fairborn area. Coach Burgvacher from Tipp came over and gave his time, Coach Cates from over in Covington, Coach Hall from Ansonia, Coach Schmitz, Stuchell and McKenzie from Greenville. It’s just an awesome thing to get these guys to come out and work with the young people and be visible leaders within their community.”

Butch Caldwell and Ernie Sheeler, guys that played out in Iowa, their years of experience and their knowledge is immeasurable,” added Shaffer. “To have those guys come out and give their time is a really neat thing.”

Ernest Sheeler, a 1978 Iowa graduate was a four year running back for the Hawkeyes.

Caldwell was a four year starter for the University of Iowa and was named MVP of the 1976 Iowa Hawkeyes football team. Caldwell signed as a free agent with the Baltimore Colts and San Francisco 49ers.

“Coach Shaffer does a great job of just making sure this thing continues to build steam,” concluded Light. “He’s ushering in a new wave of coaches and people that he’s had in his network. We’re excited to have Coach Shaffer and everything that he brings to the table.” 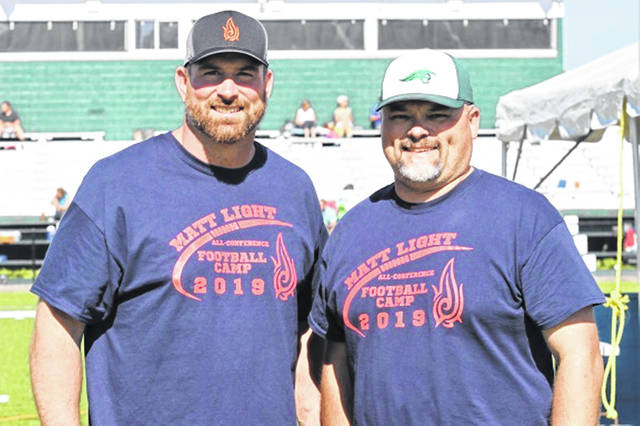 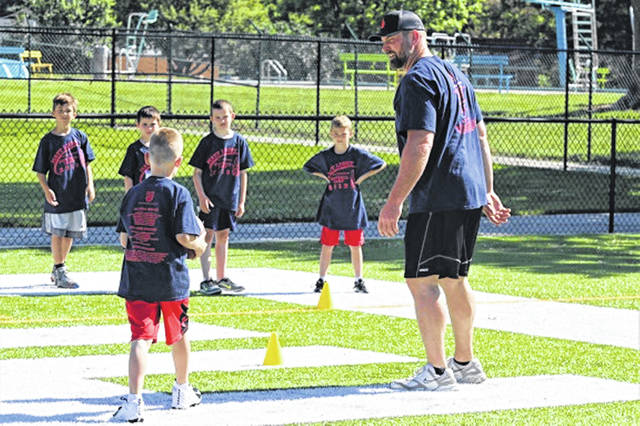 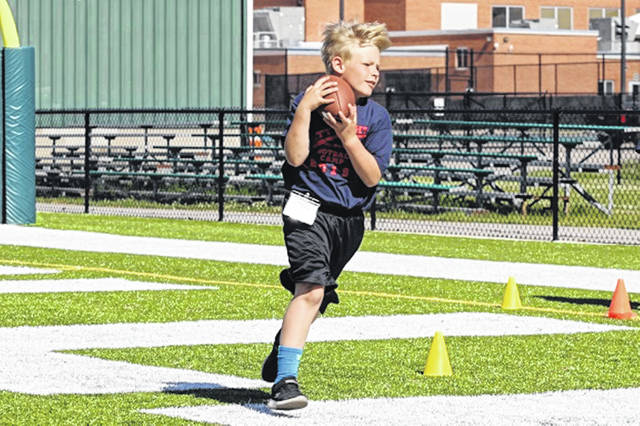 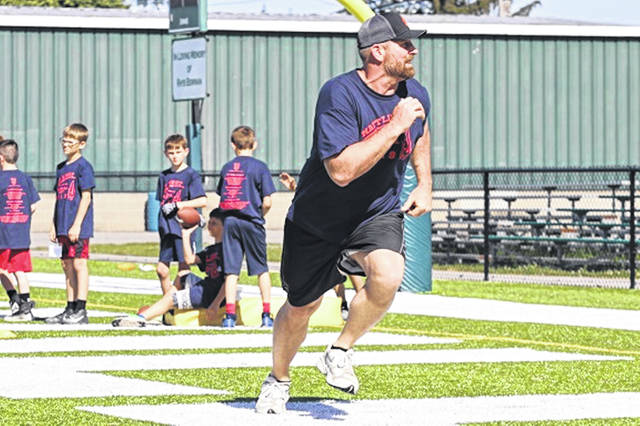 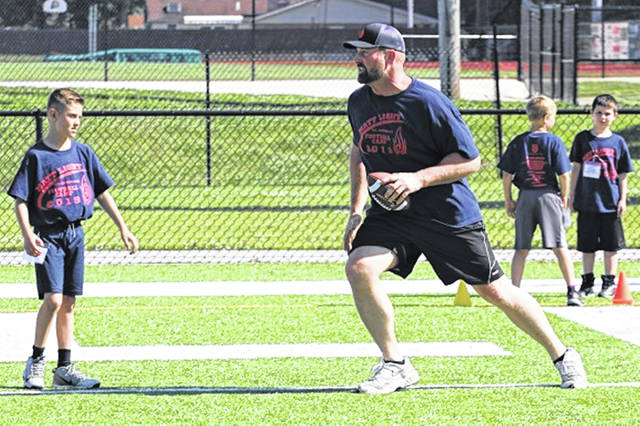 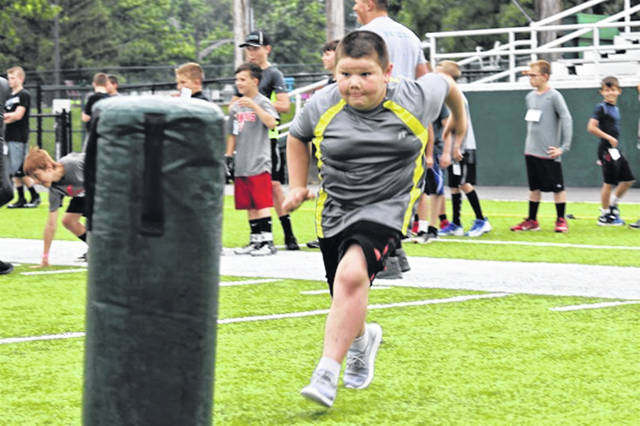 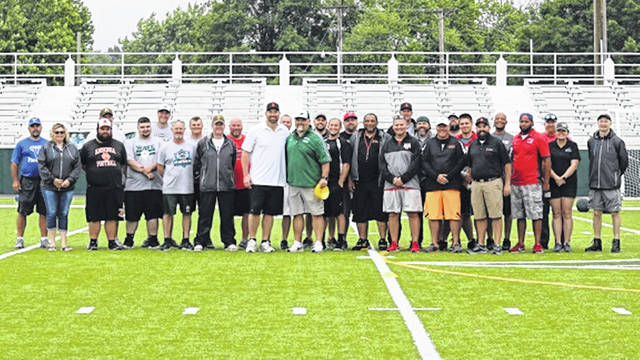 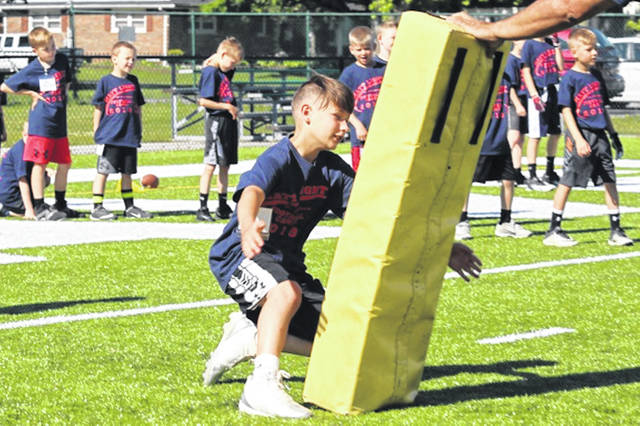 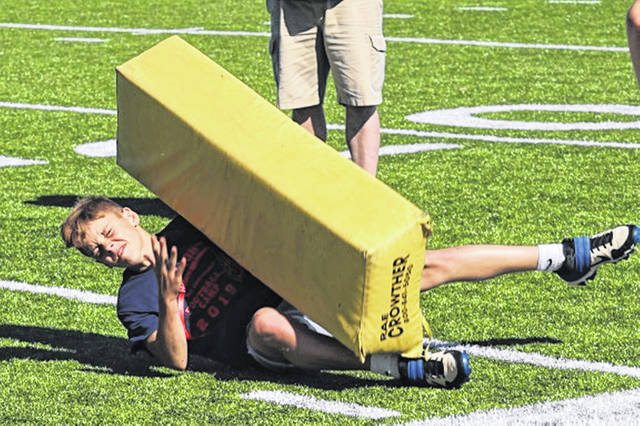 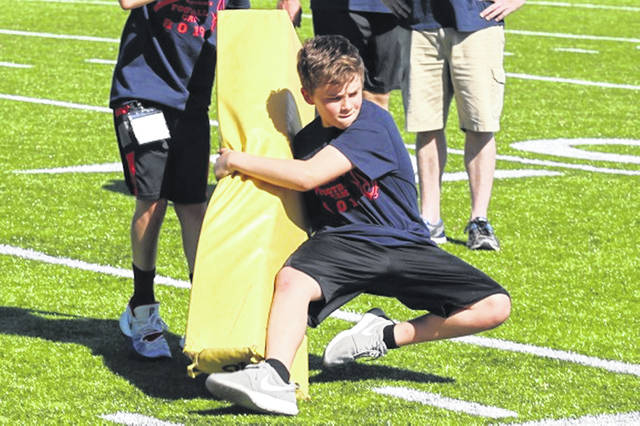