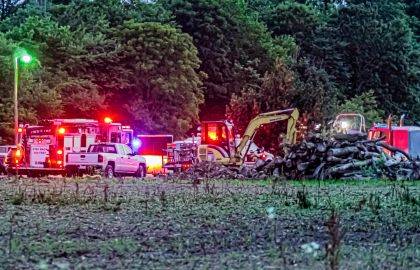 LIBERTY TWP. – Two young juveniles were injured Wednesday evening when the ATVs they were riding collided sending one child to the hospital. At approximately 9:07 p.m., emergency personnel from the Liberty Township Fire Department and Tri-Village Rescue as well as deputies from the Darke County Sheriff’s Department were called to the 5000 block of Smith Road in regards to an ATV accident with possible injuries.