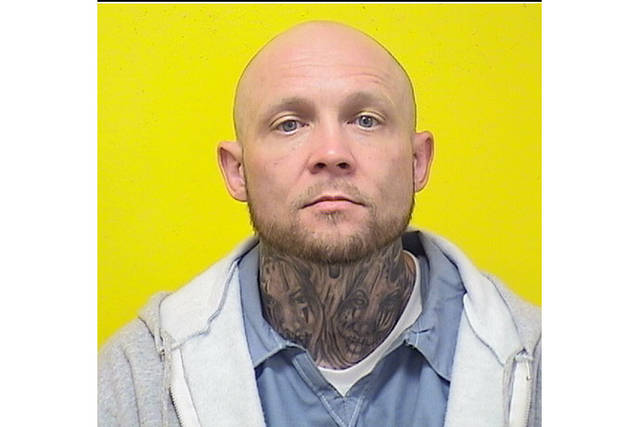 GREENVILLE – Stephen A. Garner was found guilty on several counts of a 19-count indictment late Wednesday.

The jail had to be evacuated and closed for 24 days following the incident, which took place April 17, 2018, when Garner was being booked into the facility on a parole violation.

On Tuesday and Wednesday, jurors heard from several jail employees, including deputies and correction officers, detailing how they became ill after being exposed to the drug.

An air handler had to be shut down due to the meth being spread throughout certain areas of the facility.

Several experts also testified during the two-day trial, including an emergency room doctor from Wayne HealthCare, county auditor Carol Ginn and an employee with the company hired to clean the jail.

Garner, who was represented by defense attorney David Rohrer, plead guilty to three of the charges, including aggravated possession of meth, illegal conveyance of drugs into a corrections facility and tampering with evidence.

They found him not guilty of seven assault charges relating to jail employees who became ill on April 18 – the day following the incident and the day sheriff officials determined the jail was to be closed and inmates moved to other facilities.

The state dismissed two of the 19 counts.

Darke County Assistant Prosecutor Jim Bennett admonished the jurors during closing arguments to “look at the definition” of the charges of felonious assault and assault on a peace officer as they considered their verdicts.

“The state’s position is because of the meth exposure, they couldn’t do their job,” he said of the deputies and correction officers.

“Ask yourself, did he really care if he harmed these people,” Bennett said of Garner’s actions. “These folks were injured. I’m alleging there was serious physical harm.”

Rohrer told jurors he believed his client was “over indicted” due to the fact those affected were sheriff’s office employees.

“Serious physical harm? I’m saying there is none,” Rohrer continued, questioning why, if people were getting sick more employees were being called to come in and work at the jail.

Rohrer said he sympathized with those who got sick, but “they ordered more people in to get sick.”

Rohrer said he believes “charges were thrown on” his client and suggested the felonious assault and assault charges were dictated to the prosecutor’s office by Sheriff Toby Spencer and his staff.

During cross examination, Rohrer did ask jail employees who testified if they signed anything asking for assault charges to be brought against his client. All answered they did not.

“That argument is a hoax,” Bennett said following Rohrer’s closing statement, adding the assault charges were brought on by the prosecutor’s office.

“There is one (assault) charge for every office harmed,” he said. .

County Auditor Carol Ginn testified Wednesday that moving the inmates to Miami, Mercer and Randolph county jails cost more than $8,000 – a portion of the total $123,181.50 she said the closing, clean up and repairs cost the county.

Ginn said the state of Ohio also did “some reimbursement of expenses,” but could not recall the exact amount.

Several jail personnel were treated at Wayne HealthCare Emergency Room for their symptoms, which Dr. Robert Giman said Wednesday were consistent with exposure to meth.

Giman explained to jurors that a person does not have to willfully smoke or injest the drug to experience symptoms, but “can be exposed and experience symptoms within minutes” and that they “absolutely” should receive medical attention.

Kowalsky works for a bio-hazard clean-up service, a sub-contractor with the Florida-based Advance Bio Treatment, the company hired to complete the jail clean-up.

Kowalski said he and his workers began their decontamination process April 25 and took swabs following the procedure to send to the crime lab for testing. When those swabs came back positive for meth, they again traveled to Darke County to complete a second round of cleaning and testing.

“You keep cleaning until it tests negative,” Darke County Assistant Prosecutor Jim Bennett asked Kowalski, who answered that was correct.

Kowalski then added: “In my experience, that’s not typical. Usually after the first cleaning it is negative.”

Last to take the stand Wednesday was Detective Sgt. Christopher Clark, who also is trained as a drug detective.

Clark said after the incident occurred on April 17, he was called over to the jail on the report of an unknown white substance.