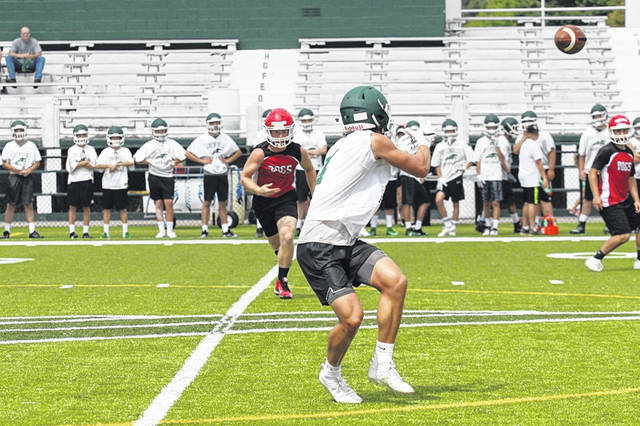 “Today I thought our receivers and quarterbacks were on the same page – put balls on people and make good catches,” said Greenville head coach Bart Schmitz. “Defensively they threw a lot of motions at us – it was good to see it. We know what we need to get fixed and we’ll get it done.”

The Friday morning two-hour scrimmage took to the artificial turf under sunny skies and extreme heat at Harmon Field.

“You look for your mistakes because you want to correct them,” Schmitz stated. “That is what the early part of camp and early August is about – figuring out what you’re not doing right and get it corrected.”

“We hand out equipment that first day,” Schmitz said of the August 1st opening day. “They already have their helmets, we already have everything and it won’t take us long.”

“They show up on Thursday, August 1st – they’ll get their equipment and we’re off and rolling,” said Schmitz. 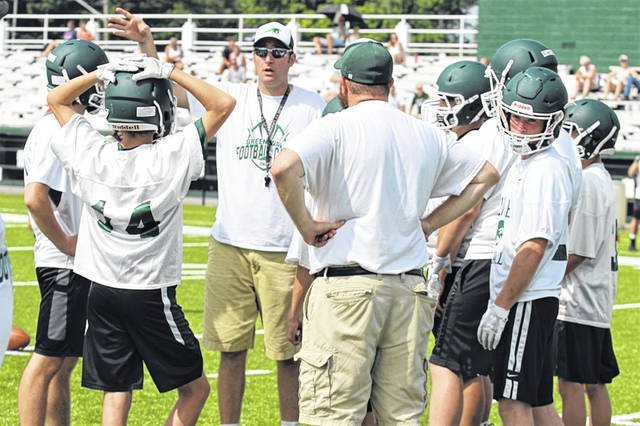 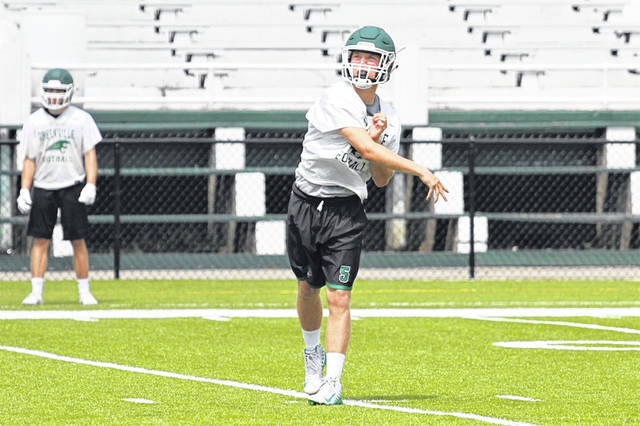 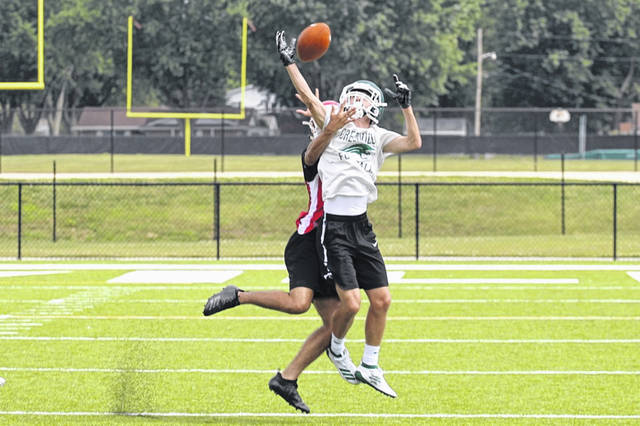 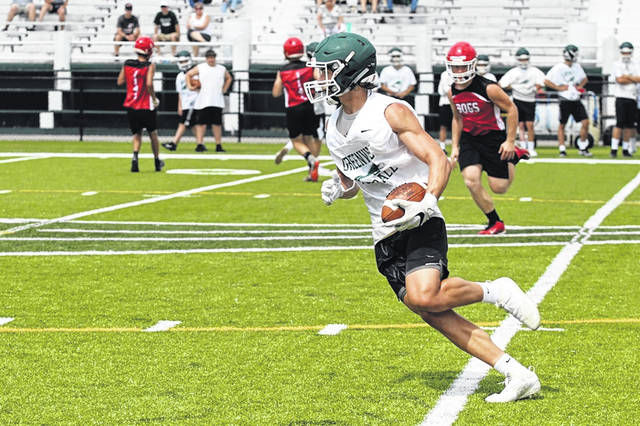 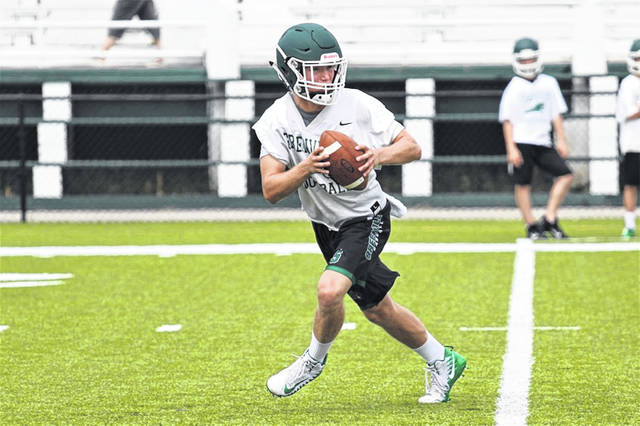 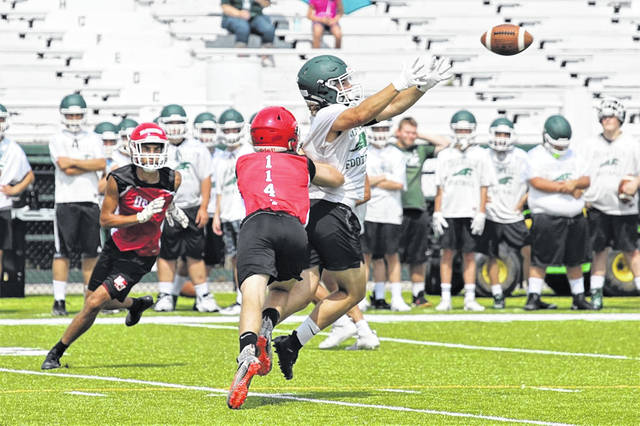 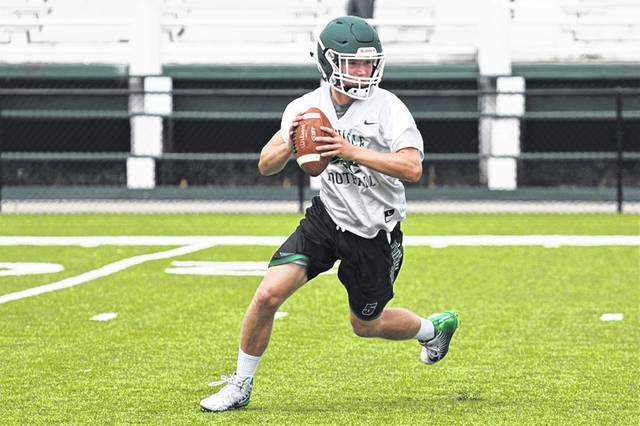 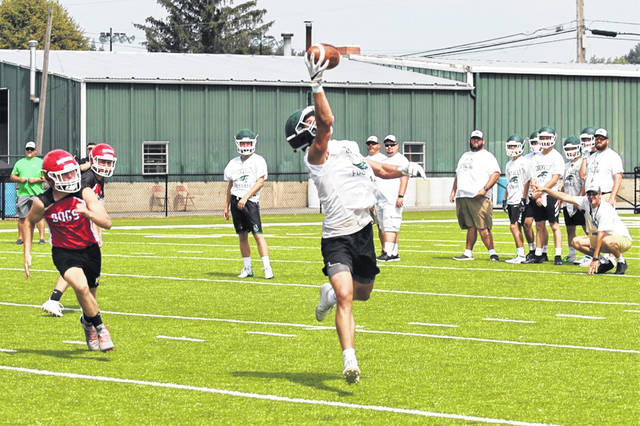 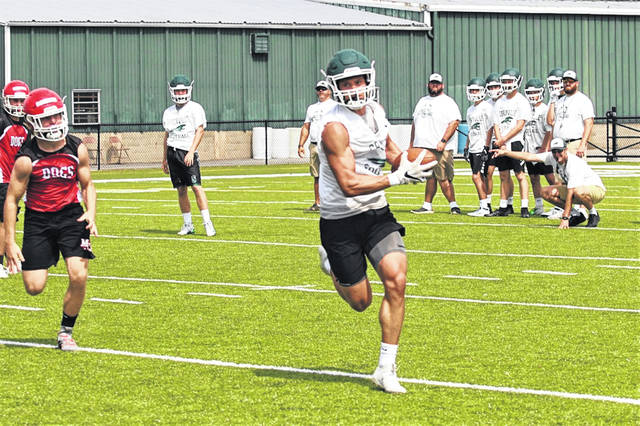 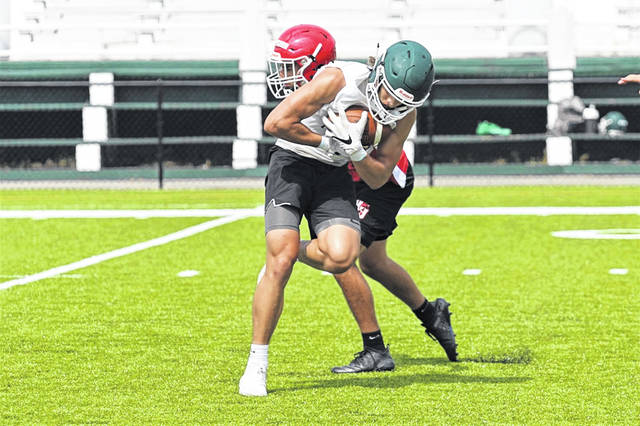