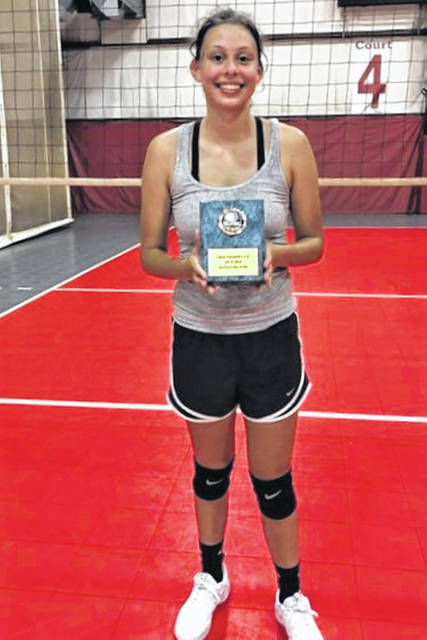 The camp boasts intensity with fun and allows coaches to watch their volleyball team play while experimenting with line ups.

Twenty participating team’s plays eight sets each day giving opportunity to look at player and still be able to work the starting unit before preseason.

The camp gives time to learn in advance what a team needs to work on before training camp begins with the fall season. The team trip to Kings Island, the hotel stay, meal’s together, outlet malls and volleyball play combined to create a unique volleyball team bonding experience.

“We started out a little slow on Monday but we just kept working and getting to know each other,” said Hardesty. “By Wednesday, which was tournament day, we played really well. The girls only lost one set that day which gave them a championship trophy and plaque to bring home.”

Lady Wave Abbie Yoder earned the MVP award for the week and tournament.

“Abbie Yoder, each day really showed some wonderful skills fundamentally and leadership. Coach Hardesty stated. “She did everything we asked. She had a lot of kills, a lot of blocks. I had lots of complements from different people and the officials that were there, so she was chosen MVP for the week, for the tournament.”

“We’re looking forward to getting started,” said Hardesty. “We’re ready to get started – the consistency of with everyday things.” 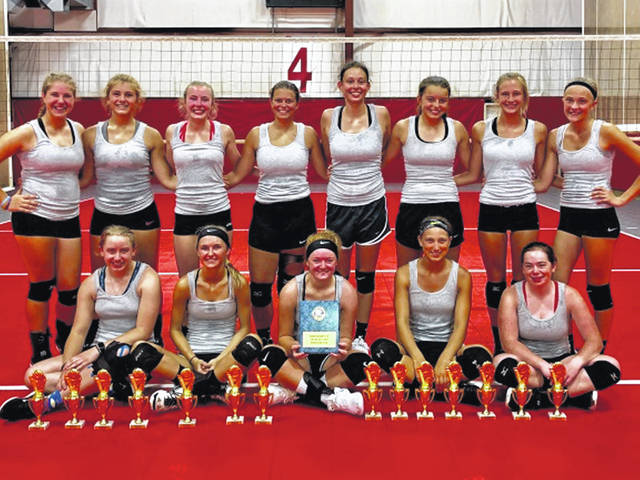