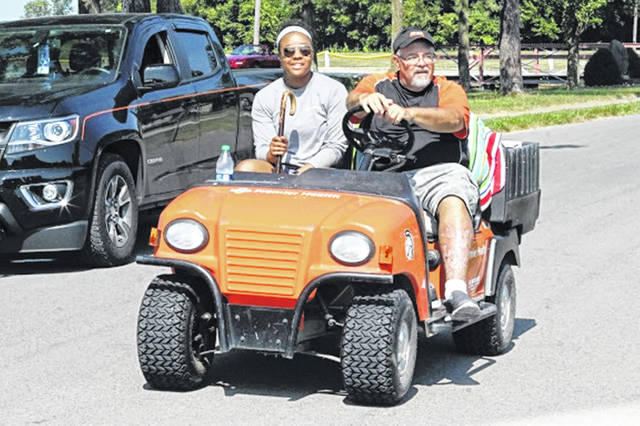 “I’m a fighter and the Good Lord is the only one that knows when my time is going to expire,” said Hale, “Until then I’m going to fight like heck to be around as long as I can.”

Hale is battling stage four Renal Cell Cancer, a rare disease with fewer than 200,000 US cases per year with a five year life expectancy.

“The survivability of stage four Renal Cell Cancer is eight percent,” Hale noted. “I am starting year seven so I have beat the odds – I wouldn’t go to Vegas on eight percent.”

Coach Hale continues to leave his coaching mark on Darke County sports having coached football at Upper Sandusky, Bradford and Arcanum and continues to assist with Arcanum football while coaching the Bradford Power Lifting team.

A graduate of West Carrollton High School, Hale went on to play offensive line for Bluffton University while studying History and Secondary Education; graduating in 1985.

Hale’s first stop was teaching three years at Upper Sandusky before moving to Bradford in the 1988-1989 school year where he coached the Railroaders football team until 2002. A call from Arcanum Coach Jason Shondelmyer had Hale taking a four-year coaching position for the Trojans football program.

Following his stop at Arcanum, Hale took some time off from coaching football while his son Curt ran cross country and was lifting for the Railroaders Power Lifting team, a team led by

“My son Curt lifted for me,” said Hale. “He’s a three time State Champion in power lifting at Bradford.”

Following Curt’s graduation, Hale returned to coaching football at Bradford, one season with Gray Miller and then Curtis Enis.

“I was with Curtis through 2013,” Hale said. “I found out I had cancer in 2012 and I had a couple surgeries. I gave it up for a couple years and then came back and coached a year at Bradford. Then I came to Arcanum with Coach Schondelmyer three years ago.”

“Last year I was just so sick I couldn’t coach,” continued Hale. “I came out here for about two days and I was so sick. I had to have two surgeries. I had cancer in my tailbone a year ago so I just gave it up. I just told my wife I’m probably done.”

Coach Hale is an inspiration to coaches and players alike as he continually makes attempts to attend football practices along with plans of coaching the Bradford weight lifting team this year.

“I love football,” he said. “Physically I can’t do it anymore and to be out here, just be around the kids is great. I stopped over at Wittenberg when they were at camp. I was coming back from Columbus, from James (James Cancer Hospital) and stayed there for about an hour. It was getting hot and I had to go. I’m good for about an hour and that’s about it right now.”

“They found a soft tissue mass in my leg. They put a rod in my femur two years ago and some of the bone is starting to deteriorate. I go over and see a radiologist on Wednesday and I think they are going to do some radiation on my leg, hopefully shrink that mass and I’ll be feeling better.”

“It’s gotten harder and harder,” Hale said of attending football practice. “I have to use a walker to get around right now because they don’t me putting any weight on this leg. When I was over at Wittenberg three weeks ago I was using a cane. They just don’t want me to break that leg because if it breaks, they said surgery is the last resort. I have open wounds on my leg from the auto immune disease that I got from the medicine I’m taking. The doctor said I am three times more likely to get an infection and if my leg got infected, if he did surgery, I could lose my leg and I don’t want that.”

“If I could be out coaching I would, but physically I just can’t be. August, September, October is just too much of a grind anymore. Three hours a day, six, seven days a week – I can’t do it anymore.”

“A year ago I got into the Miami Valley Football Coaches Football Hall of Fame,” said Coach Hale. “Coach Schondelmyer nominated me – it was pretty good to end a career that way.”

“I’m still here, I have a wife, five kids and nine grandkids I want to be around for,” concluded Hale with a smile. “If I can come here to practice, watch practice – it scratches my itch.” 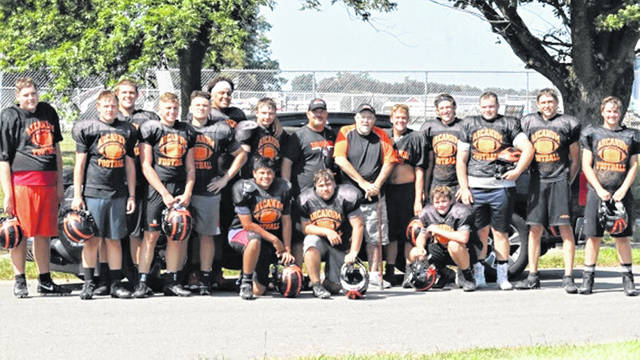 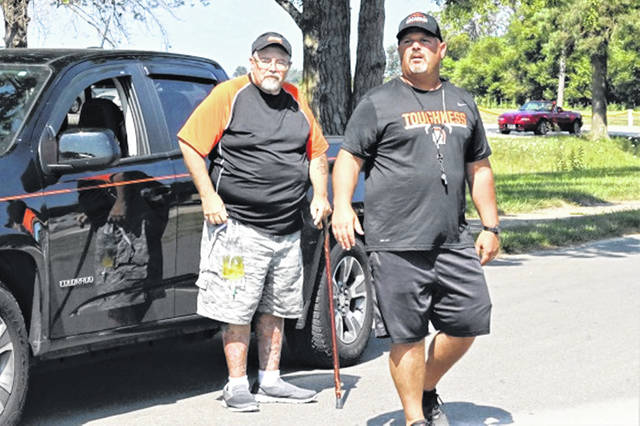 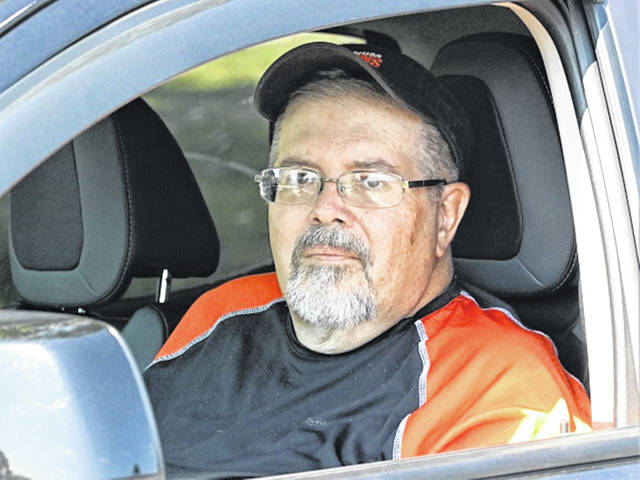 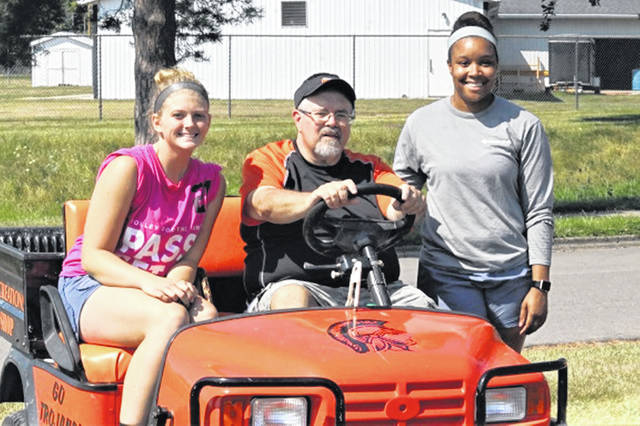