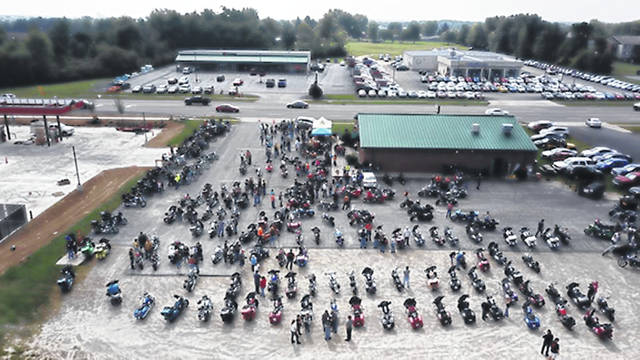 GREENVILLE — Motorcycle riders and enthusiasts alike, mark your calendars for the largest poker run in Darke County as the 12th annual Burn Dog Poker Run in memory of Louis (Burnie) Wimbley Jr. will be held on Saturday, Sept. 7.

When Wimbley, 38, died in a motorcycle accident in 2007 his friends wanted to help his family with a headstone for his grave. They organized a poker run to cover the expense in 2008, which proved such a success that a tradition was born. To date, the event has raised over $100,000 to help cancer survivors, accident victims, and children with health problems. Last year the proceeds went to the Bailey family as three of the four were facing serious medical issues.

This year, the Burn Dog Poker Run will be a little different. Generally, the couple behind the event, Benjamin and Ashley Hoying, of Greenville, would announce the recipients of the proceeds well before the poker run got underway. However, with assistance from the Laura/West Milton Disaster Relief, several families in the Laura and West Milton area affected by tornadoes that hit the Miami Valley on Memorial Day were chosen and will be in for a surprise.

Sign-up for the 12th annual Burn Dog Poker Run will begin at 11 a.m. and run until 1 p.m. on Saturday, Sept. 7, at Sloopy’s Sports Bar. The event starts with a 100-mile ride at 1 p.m. The first stop will be Cruizer’s Bar and Grill in Russia, followed by TJ Chumps in Englewood. Bikers will then travel to Buffalo Wings and Rings in Piqua and the Whistle Stop in Ansonia before heading back to Sloopy’s Sports Bar.

Riders are encouraged to arrive at 9:30 a.m. for biscuits and gravy breakfast (by donation) provided by Sloopy’s Sports Bar. The 1 p.m. ride will start with a prayer by Wimbley’s mother, Sadie.

The day’s event will include door prizes, an auction, bike games including loudest exhaust, tandem slalom, and dino drags from Warsaw, Ind. Jeff Rearick Music will entertain on the patio from 5 to 8:30 p.m. with more entertainment (to be announced) held inside the sports bar later that night.

New to the poker run will be a consignment shop for motorcycle-related memorabilia with all proceeds going towards this year’s cause.

T-shirts will be available for sale the day of the event; and orders may be made for hoodies, long-sleeve tees, and raglan tees at the event or online.

Those wanting to contribute to this event can do so by donating door prizes, purchasing Burn Dog apparel, or by contacting Ben Hoying at (937) 417-9464, or Ashley Hoying at (937) 467-1686. You can also find information on the event’s Facebook page, Burn Dog Poker Run. 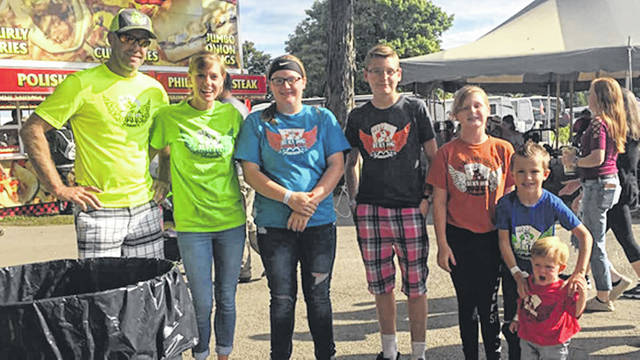