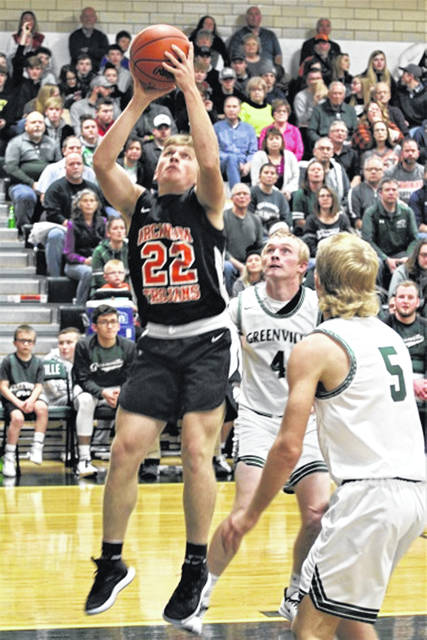 “I texted those six seniors Thanksgiving day and let them know I’m just thankful for those kids who stuck it out and continued to work and battle and get better,” said Greenville coach Kyle Joseph. “For them to be able to come out here tonight and show the improvements we’ve made – super proud of them.”

“I came in anticipating to play really well and we didn’t,” Arcanum coach Roger McEldowney said. “A lot of guys were playing varsity for the first time and I think they were just trying to go a little bit too fast. They just need to learn from it, slow themselves down and we’ll get better.”

Cameron Burke opened scoring on the night giving Arcanum an early 2-0 lead before the Wave battle back to take a 9-4 lead at 3:27 in the first with Alec Fletcher and Tyler Beyke each hitting a bucket, Marcus Wood sinking back-to-back free throws and Nolan Curtis drilling a three-pointer.

The Trojans used an 8-5 scoring run to close out first quarter play to trail Greenville 14-12 after one period.

Quarter No. 2 had Greenville taking the period 8-6 going 4-5 at the free throw line while Arcanum struggled at the charity stripe hitting 1-6 sending the teams to the break with the Green Wave holding a 22-18 advantage.

Greenville pushed its lead to 36-22 at 2:10 in the third with DJ Zimmer coming off the bench to score 8-points. Arcanum scored two quick baskets to close out third quarter play sending the game to the final period with Greenville holding 36-26 double digit lead.

“DJ’s an animal, he’s a junkyard dog,” said Coach Joseph. “It hurt us that he got two quick fouls in the first half and we went ahead and played it pretty cautious just with where the game was at. We sat him there until the third quarter and he got those loose balls and rebounds – they are all his.”

Arcanum battled back to pull within three, 38-35 at 3:03 in the fourth quarter before Greenville would close out scoring on the night with a 7-2 run to win the non-conference game.

“We got down 14 and they just kept coming,” said McEldowney. “The effort was there late in the game and we got it down to three. We just have to execute a little bit better in situations.”

“We were in a good spot with the clock and we did a number of things really great the way we finished the game,” Coach Joseph said.

“We have work to do,” added Joseph. “We haven’t had a fourth quarter lead in a while. It’s just an experience thing from that end of it as far as making sure we are playing at our speed and know that we put ourselves in a great position up 14 there with the clock ticking down and just be patient.”

The free throw line was the difference in the game as Greenville would go 11-19 for 58 percent while Arcanum was 1-7 for 14 percent at the line.

“We shoot fouls a little bit better and it might be a different outcome,” McEldowney stated, “but give Greenville credit. They had a good game plan and they executed, made shots when they needed to.”

“This team has a lot of potential,” Coach Joseph noted. “We have to want more than just winning some games. We have to keep scratching away, keep clawing away at that every single day and use this momentum to take us forward.”

DJ Zimmer led Greenville and all scorers with a game high 13-points. 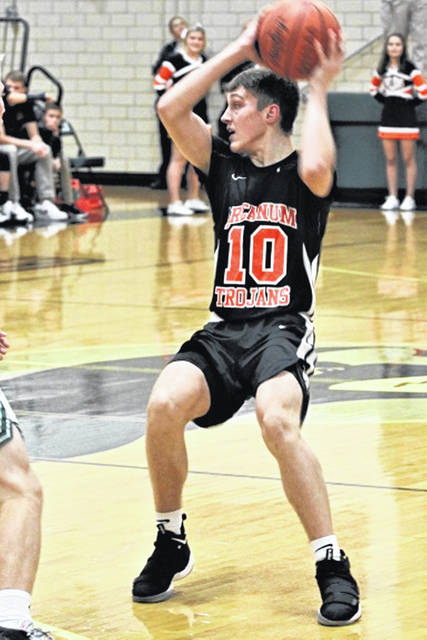 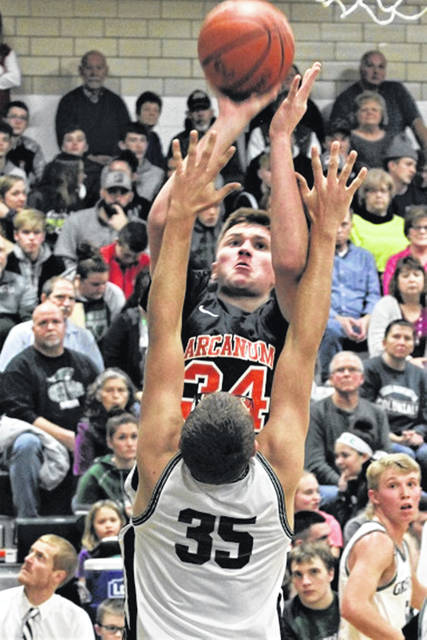 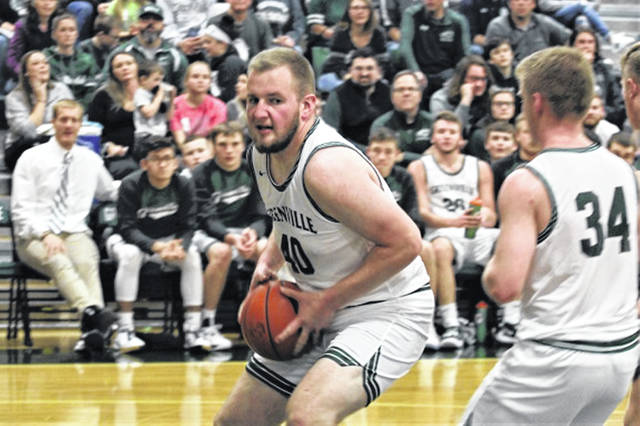 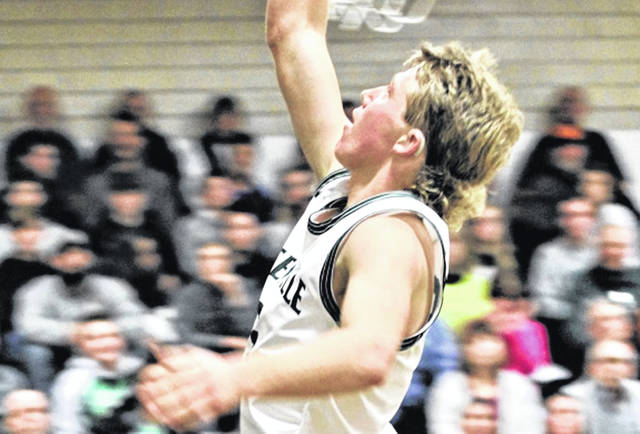 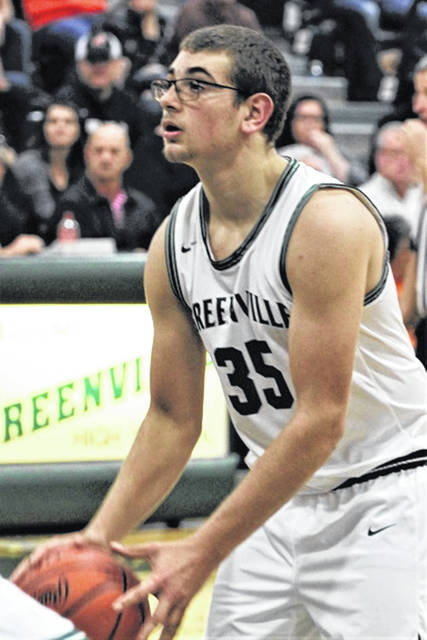 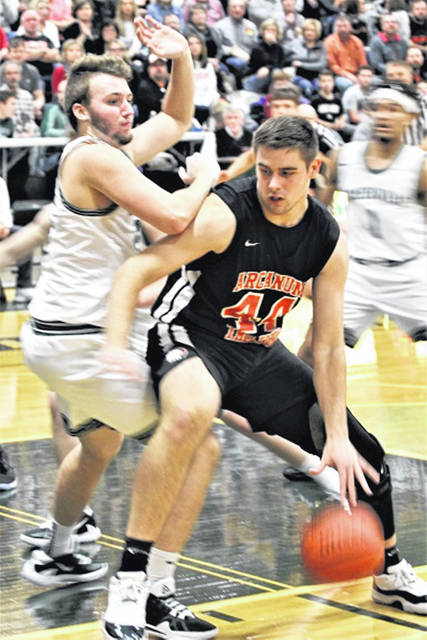 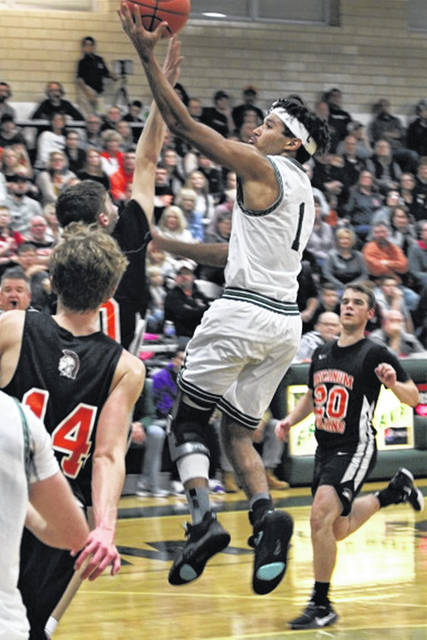 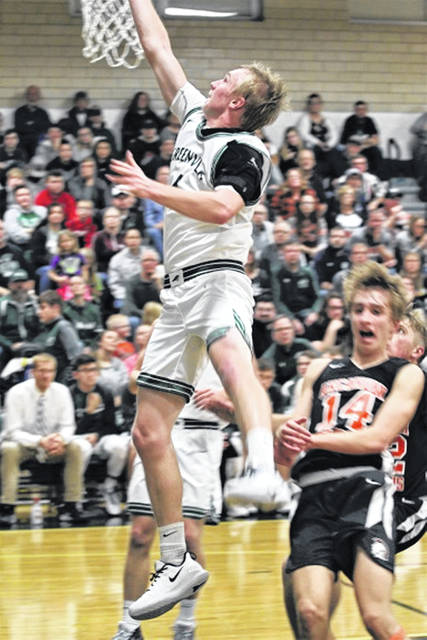