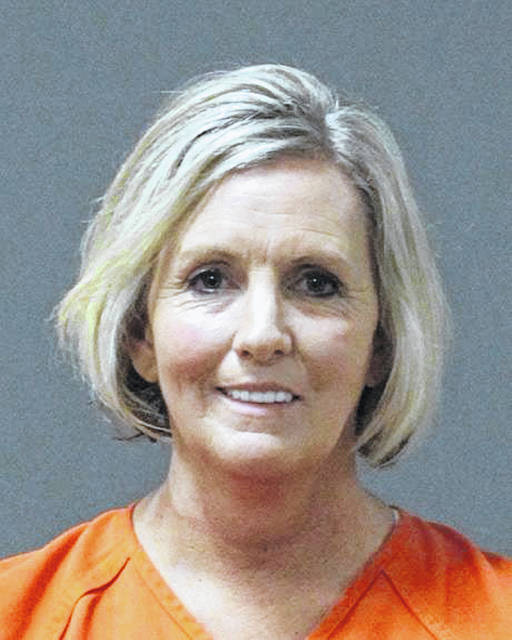 GREENVILLE — A lifetime of law-abidance devolved into a 90-day jail sentence for Ronda M. Hanes in Darke County Common Pleas Court on Monday.

Hanes, 47, went before Judge James F. Stevenson, of the Shelby County Court of Common Pleas in Sidney, for sentencing on one count of theft, a fifth-degree felony, and four counts petty theft, all first-degree misdemeanors.

As previously reported in June, Hanes was arraigned on a number of charges consisting of three counts of theft, and four counts of petty theft, as well as individual counts of misuse of a credit card, identity theft, and telecommunications fraud.

Defense attorney Randall E. Breaden, representing Hanes, noted his client’s otherwise law-abiding life and lack of prior felonies and serious misdemeanors. He stated, “lines of demarcation were not clearly set” when Hanes began to oversee the business account of the victim in the case. That, at some point, Hanes began “to probably do some things that were inappropriate.”

Breaden went on to state that when the investigation began, his client “immediately cooperated” with the Bureau of Criminal Investigation (BCI). That she fully acknowledged her involvement and had made full restitution to the victim.

The defense attorney went on to recommend community control sanctions or electronic house arrest. He cited Hanes’ health issues that consist of numerous medications and weekly treatments in Cincinnati, as well as her husband’s ties to law enforcement.

“To rectify the wrongs that she did perform,” said Breaden.

Assistant Ohio Attorney General Christian Sticken, of Cleveland, as a prosecutor for the case, stated Hanes took advantage of the victim, a recent widower. That Hanes was not immediately cooperative but evasive with the BCI investigation, going so far as to deny purchasing a table with the victim’s deceased wife’s credit card, a table that was utilized during a BCI interview.

“The agency even pointed that out to her,” said Sticken with Hanes taking advantage of the situation for five months. “That’s the history of Mrs. Hanes in a nutshell.”

“She enriched herself, greatly,” continued Sticken with “over $20,000 in checks that she wrote to herself.”

The victim in the case made a brief statement that he was “disappointed” in Hanes’ actions as she was “supposed to be a good friend.”

Judge Stevenson cited it as a troubling case on many levels, during an egregious time in an individual’s life – the loss of a spouse.

“You befriended him,” continued Judge Stevenson. “And in a very short period of time, if not immediately, you were taking advantage of the circumstances.”

Hanes was sentenced to 90 days in the Shelby County Jail, $1,000 fine, community control sanctions of five years, and court costs. She was granted a furlough for medical treatments.