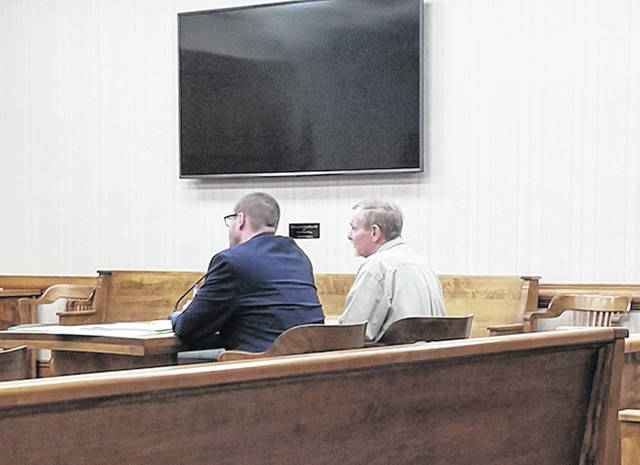 GREENVILLE — A Union City man who head-butted and broke the nose of an elderly woman in his care was sentenced in Darke County Common Pleas on Tuesday.

Darke County Assistant Prosecutor Jesse Green noted not only had Funk broke the 77-year-old woman’s nose but threatened to rip her arm off.

According to Judge Jonathan P. Hein, presiding over the case, Funk has a history of alcohol-related offenses, including public intoxication, driving under the influence, and domestic violence dating back to at least 1995.

When asked by Judge Hein if this time was any different than previous, Funk did not appear to understand the question.

“You’ve been in court more often than most of the lawyers,” said Judge Hein, again noting the defendant’s prior offenses. “You’re not a rookie. Is this case any different than the last time you had a sentencing hearing?”

Judge Hein, citing the seriousness of the incident and relation to the victim, as well as the risk of recidivism, sentenced Funk to 30 days in the county jail with five days credit.

Failure to comply could result in 14 months in prison with three years of optional post-release control.