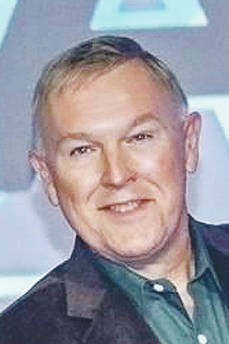 PIQUA — Todd Boltin didn’t have the opportunity to go to college when he was younger, but he’s determined to help make sure future generations of students have a chance to pursue higher education.

The Piqua resident and Bradford High School graduate found out in early October that a scholarship in his honor has been established at Belmont University in Nashville, Tenn.

The International Entertainment Buyers Association announced Oct. 8 that the Todd Boltin Scholarship has been endowed at Belmont, starting with an initial amount of $50,000 — with upcoming fundraising efforts projected to top $200,000.

The first scholarship is expected to be presented next spring to an incoming freshman at Belmont and will support the student each year through graduation.

“It’s very humbling,” said Boltin, who owns Zanesville-based Variety Attractions and serves as its president and CEO. “I didn’t go to college because I didn’t have the money … and I thought ‘There are other kids out there that don’t have the funding to go to college. When I was raising money for this originally, I think that was lot of my motivation. I want to help raise money for these kids who are the future leaders of our industry.”

Boltin, who started working at Variety Attractions in 1982 under the tutelage of George Moffett, works with venues and event organizers to secure entertainment for events ranging from county fairs and concerts to the annual Country Concert in Fort Loramie.

He’s helped bring entertainment luminaries such as Garth Brooks, Reba McEntire, Luke Bryan and Carrie Underwood to area venues, but behind the scenes he’s done a little bit of everything.

“When I started this I was a driver, a stage hand, unloaded sound and lights … I did it all,” Boltin said.

Away from the stage, Boltin — who recently was named as Fair Buyer of the Year by the IEBA — has been instrumental in helping the organization provide assistance to students who aspire to work in the entertainment industry. He currently serves as the secretary of the IEBA and is vice president of the group’s Educational Outreach Fund, which has provided more than a million dollars in scholarship money to students enrolled in accredited music business education classes.

While he’s passionate about his work with the Educational Outreach Fund, Boltin said he prefers staying low-key, and being honored with a scholarship in his name was a surprise.

“My thought process is I like to fly under the radar and try to do what I do and do things the right way,” he said. “Anytime I’m recognized it’s nice, but you don’t expect those things and it stops you in your tracks. It’s hard to describe it.”

Boltin — who said he will be involved in the scholarship selection process — said he hopes recipients will benefit from the financial assistance and be able to make an impact in their profession.

“I hope they use it and find out they love the business and stay in it for many years and can make a difference in the future of the business,” he said.