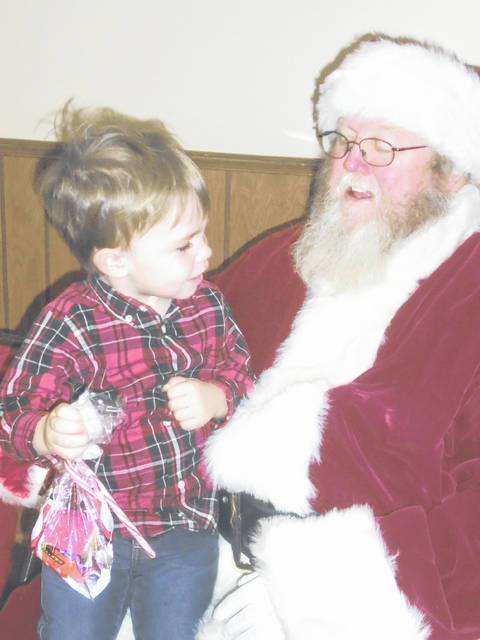 ANSONIA — One hundred eighty-seven children came to the Ansonia American Legion Saturday morning to welcome Santa into town, eat breakfast, get some gifts and talk to the Jolly Old Man.

All of this was made possible by the Ansonia Parks Committee.

And, it was a full house, with parents, grandparents and friends also attending the event.

Breakfast With Santa included the meal with pancakes, sausage, eggs, juice or coffee, prepared by such people as the Fire Chief Paul McCleskey, Police Chief Frank Shapiro and incoming Mayor Ted Adkins, not to mention many volunteers.

Linda Leeper and daughter Olivia entertained the crowd with Christmas music throughout the event, and it will probably be their last year to do so, as Olivia is a senior this year.

After Santa’s arrival, the first child to jump on his lap was Tristen Livingston, 3-year-old son of Bobby and Trent Livingston, who didn’t seem to mind talking to the guest of honor.

Each child there received a bag filled with candy and food from Santa’s helper, Trinity Smith; yogurt donated by Dannon’s; and a toy of their choice.

Betty Burnfield organizes the event each year, and said there are usually 180 youngsters attending this event. 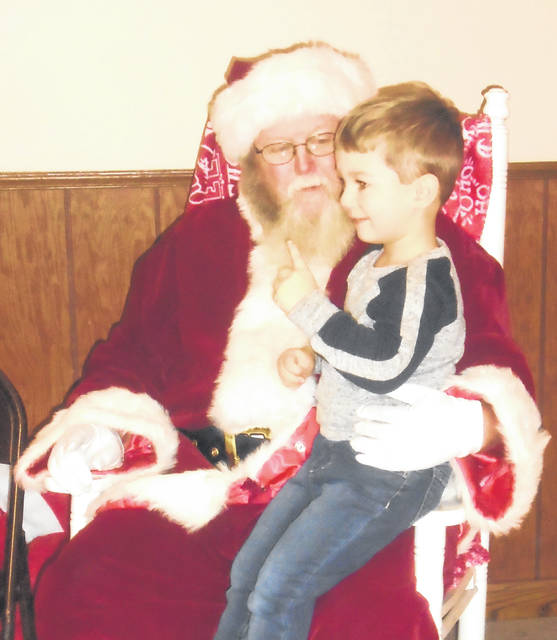 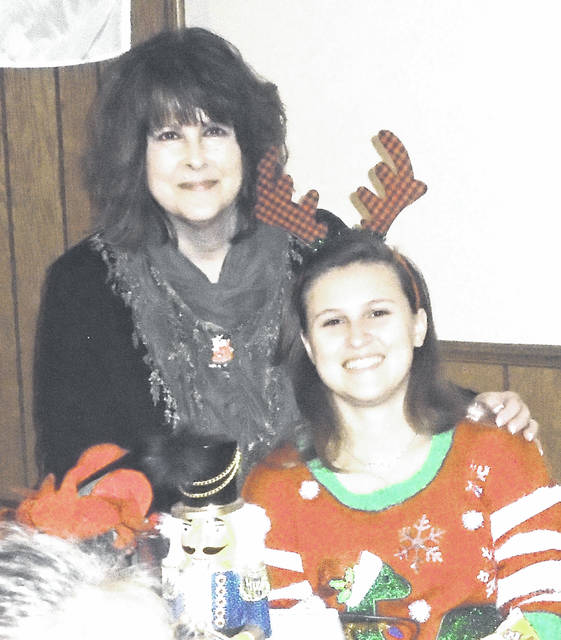