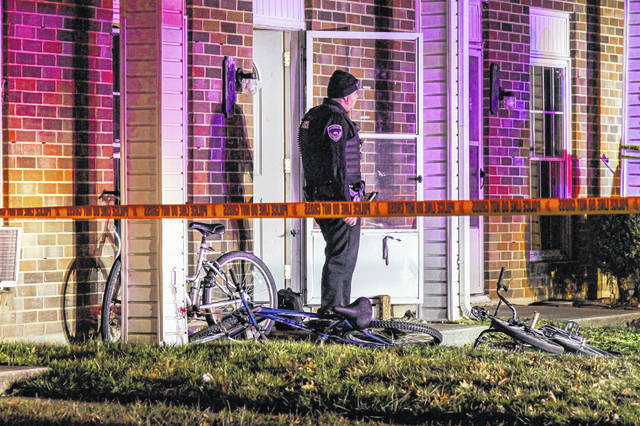 UNION CITY – The Union City Ohio Police Department is currently investigating a Thursday evening shooting that has led to the death of an 18-year-old Union City man.

At approximately 7:05 p.m., emergency personnel from the Union City Fire Department and Union City Rescue responded along with officers from the Union City, Ohio and Union City, Ind. Police Departments as well as the Darke County Sheriff’s Department and the Darke County Coroner’s office to the 300 block of Taffy Court in reference to a shooting with a possible juvenile gunshot victim. According to Union City, Ohio Police Chief, Mark Ater, upon arrival on the scene, it was discovered that an 18-year-old male victim had suffered a fatal gunshot wound and was pronounced dead on the scene.

“Right now I can tell you we are investigating this as a homicide,” stated Chief Ater. “We are currently in the process of interviewing five or more people who were inside the residence at the time of the shooting. The Darke County coroner has been called to the scene in reference to the deceased and we are currently awaiting more formal paperwork to allow us to more properly process the scene and collect evidence to aid in the investigation.”

When asked if there have been any previous incidents with those associated with the residence or in the area, Chief Ater stated, “Not so much with this particular apartment but we do receive calls to the complex on a regular basis. We were dispatched earlier today, just a couple of blocks away, to a couple of gentlemen who were carrying AR-style weapons and smaller firearms. It was determined that the weapons were being carried legally and that no crime had been committed at that point.” Chief Ater later added, “It has yet been determined if there has been a connection in the two incidents. We are looking into the possibility but as of now they are not considered suspects.”

Chief Ater cautioned that here had not, as of the time of the interview, been any arrests made in connection to the shooting. “We are still early in the investigation and have several witnesses we are questioning at this time and trying to iron out the details. Our thoughts are with the family who has lost a loved one tonight and we are going to do our best to investigate everything to the fullest extent of the law.” 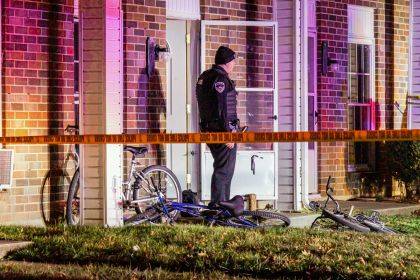